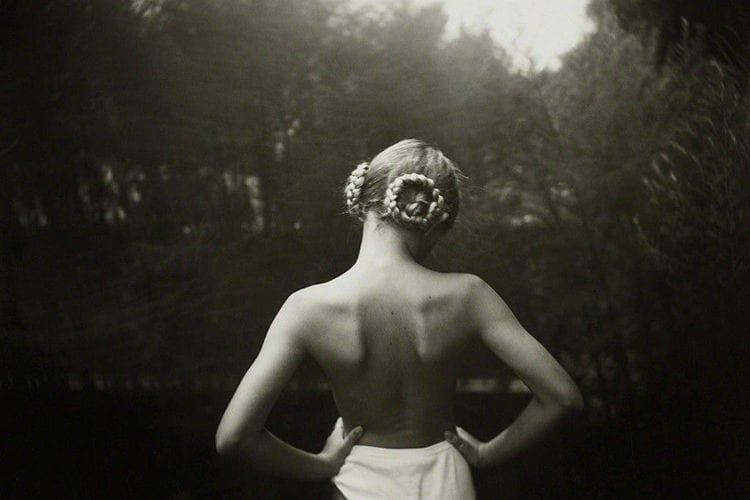 An image from Sally Mann: A Thousand Crossings. The exhibition, co-curated by Sarah Kennel, opens October 19 at the High Museum of Art and runs through January 12, 2020.

The High Museum of Art has named Sarah Kennel as its next curator of photography, a job she’ll begin July 1. She comes from the Peabody Essex Museum in Salem, Massachusetts, where she held a similar position. As the High’s Donald and Marilyn Keough Family Curator, Kennel will oversee a photography department, related exhibitions and programs and a collection of more than 7,000 works of art dating from the 1840s to the present. She recently co-curated the critically acclaimed touring exhibition Sally Mann: A Thousand Crossings, organized by the Peabody and the National Gallery of Art. It will open at the High in October.

The High has been without a chief photography curator since October 2016, when Brett Abbott left to become the director of collections and exhibitions at the Amon Carter Museum of American Art in Fort Worth, Texas. Gregory Harris, the High’s associate photography curator, has served in the interim.

For Kennel, a Los Angeles native, her career path came as a bit of a surprise. “I never set out to be a photography curator,” she said in a 2018 Peabody Essex blog post. “I love art history and followed that path from college to a fellowship at the National Gallery of Art where I had the opportunity to work on projects with different curators. Later, I landed a post-doctoral fellowship that was split between the departments of photographs and French painting. A few months into my fellowship, a job opened up in photographs, and my boss took a chance on me.

“I think photography curators often have a much more intimate relationship to the works we curate; I had full access to our storeroom, where I could rifle through, study and lay out works — it was exciting! Plus, I loved learning a whole alternate history of art through photography.”

Kennel joined the Peabody Essex in 2015, after spending nine years at the National Gallery in Washington, D.C. As an art historian, she has written for many publications, including the catalog for the Sally Mann exhibition (with co-curator Sarah Greenough of the National Gallery). It won the best photographic book award at the 2018 Festival International du Livre d’Art et du Film in the South of France.

In 2013, she won first prize from the Association of Art Museum Curators for an essay on Charles Marville, a little-known French photographer who captured rapid and dramatic change in 19th-century Paris. She organized the related exhibition, Charles Marville: Photographer of Paris, which traveled to the Metropolitan Museum of Art in New York and the Museum of Fine Arts in Houston.

“I used to joke that being a curator was combining two very different jobs: writing a scholarly book and putting on a Broadway show at the same time,” she said in the Peabody Essex blog. “My favorite part of the job is the privilege of opening a box and discovering an amazing artwork or artist that I previously knew nothing about.”