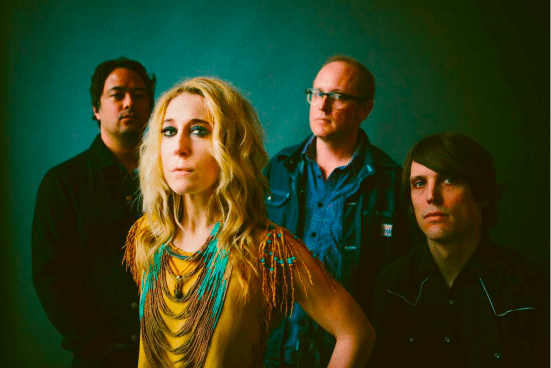 Erika Wennerstrom’s plaintive voice, buffeted alternately by clouds of thick guitar fuzz and alt-country acoustic guitar twangs, rang out strong and powerful even at the end of a 75-minute set.

Her peerless voice is ethereal and haunting even while it sounds as round as a marble, as thick as a piece of caramel candy. It’s been called hypnotic and eccentric, but while a legitimately unique sound, Wennerstrom’s vocals seem more warm and comforting than those cold descriptions imply.

Wennerstrom’s band, Heartless Bastards, exists to prop up this voice without much instrumental flash or bang. Bassist Jesse Ebaugh, drummer Dave Colvin, who played with a caffeinated intensity, and laidback guitarist Mark Nathan craft luxurious, rich settings for Wennerstrom’s singing, which sat slightly at the back of the beat during the first few songs Thursday night at Terminal West. This created a luxurious tension in the music, a push-and-pull that seemed to evaporate a few songs into the concert.

The band returned to the Atlanta area in support of Restless Ones, released just after a May performance at Shaky Knees Music Festival. Among the top two or three venues in Atlanta, Terminal West rewards fans with an intimate listening experience (listeners could literally touch the relatively low stage), but the venue is also large enough for revelers to hover in the background, chatting amongst themselves while casually listening to the band.

Alberta Cross — a band that uses distortion and reverb liberally to craft classic rock sounds through an indie lens — seemed a tailor-fit opening act for the Terminal West show.

Aided by a rich coating of reverb, Wennerstrom sounded like she sang exclusively about serious, sad subjects, but across five albums, Heartless Bastards has produced many rollicking, fun tunes. Some of these songs, like the subtle headbanger “Got to Have Rock ‘N Roll” off 2012’s Arrow, came early in an evening that ended too soon. The band dipped into a number of songs from that record and 2009’s The Mountain, but most of the set was devoted to fare from the latest release.

The majority of the tunes were performed by the entire band, supplemented by a backup singer/guitarist/keyboardist, but for the closing “Tristessa,” one of the most affecting songs of the night, Wennerstrom stood on stage alone, surrounded by guitar feedback. She sang a simple melody, slowly moving to the music, focusing attention on her voice.