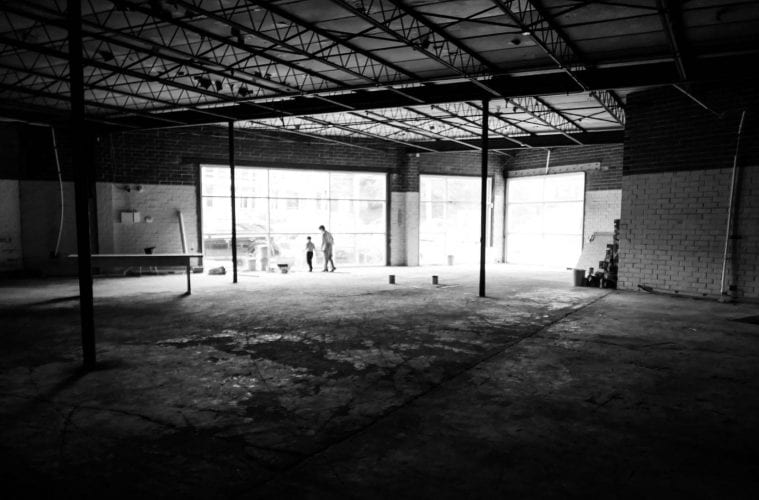 News: Hathaway David to open on the Westside in Spring 2016 Michael David and Laura Hathaway have announced Hathaway David Contemporary, a 9,000-square-foot for-profit gallery located on 887 Howell Mill Road in the Westside. “Our goal is to create a place where there will be a conversation, an element of education and where everyone is invited to the table,” says Michael David, who will be working as the gallery’s artistic director and curator. David’s co-founder, Laura Hathaway, will be acting as director of operations.

The gallery will aim to exhibit multidisciplinary artists from around the country, with a primary focus on Atlantan artists, including Karen Schwartz and Pam Longobardi, who will be participating in the space’s inaugural group show, in addition to participating group a show at Brooklyn’s Life on Mars. “We want to act as a bridge between the two cities’ arts communities,” David says. To continue that effort, the gallery also hopes to bring in visiting artists from Brooklyn, such as Glenn Goldberg, who debuted at the Willard Gallery in 1985, and has recently had one-person exhibitions at Jason McCoy and Betty Cunningham galleries.

Hathaway David plans to open on April 23, with a show exploring the differences and commonalities between the two visual art communities.

David, who plans to continue working as the artistic director and curator of Life on Mars in Brooklyn, feels that Atlanta, and specifically the Westside, is ripe with artistic potential. “The Westside is at the center of a lot of different communities in Atlanta and symbolizes us trying to embrace all of the different aspects of Atlanta’s art community in one place,” he says.

Hathaway David Contemporary also plans to host a series of lectures, residencies and events throughout the year. “We want to break down the traditional barriers between galleries, educators, painters and collectors,” David says.