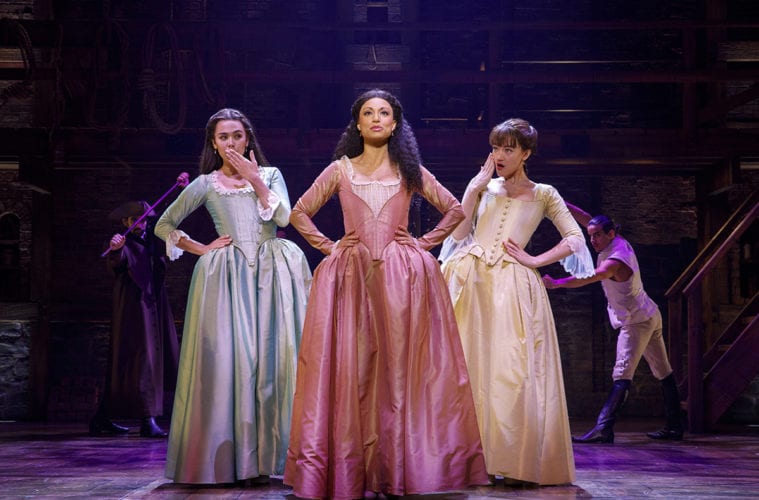 Last week, the Fox Theatre held a special season announcement party for media, influencers and Marquee Club — all eagerly anticipating the announcement of the 2019–20 season. Speculation flew about whether Mean Girls, King Kong or Frozen would be on the bill. They’re not, but some audience favorites — including Hamilton and Blue Man Group are returning — along with a surprise, The Band’s Visit.

Renewals for existing subscribers began on February 26, and new subscriptions will be available for purchase starting in late April with prices starting at $319 for all seven shows. Single tickets typically go on sale to the general public 8–12 weeks prior to opening night.

“We are thrilled to be bringing another incredible season of Broadway to Atlanta,” Russ Belin, vice president of Broadway in Atlanta, said in a press release. “This season’s line-up truly is a celebration of Broadway through the ages, from Broadway classics to childhood stories that have come to life on stage. We’re proud to be able to bring the best of Broadway shows direct from New York to the Fox Theatre!”

Roald Dahl’s Charlie and the Chocolate Factory
September 24–29, 2019
Following the iconic film’s storyline. Willy Wonka is opening his marvelous and mysterious chocolate factory . . . to a lucky few. That includes Charlie Bucket, whose bland life is about to burst with color and confection beyond his wildest dreams. The musical adaptation features songs from the original film, including “Pure Imagination,” “The Candy Man,” and “I’ve Got a Golden Ticket,” alongside a new score from the songwriters of Hairspray.

Wicked
October 23–November 17, 2019 – Season Option
This long-running Broadway hit looks at what happened in the Land of Oz long before Dorothy arrived.

The Band’s Visit
January 21–26, 2020
After a mix-up at the border, an Egyptian police band is sent to a remote village in the middle of the Israeli desert. With no bus until morning and no hotel in sight, these unlikely travelers are taken in by the locals. Under the spell of the desert sky, their lives become intertwined in the most unexpected ways. The winner of 10 2018 Tony Awards, including Best Musical, The Band’s Visit celebrates the deeply human ways music, longing and laughter can connect us all.

Hello, Dolly!
February 11–16, 2020
Winner of four Tony Awards, including Best Musical Revival, Hello, Dolly! is coming to Atlanta after breaking box office records on Broadway. This Hello, Dolly! pays tribute to the original work of legendary director/choreographer Gower Champion — hailed both then and now as one of the greatest stagings in musical theater history. 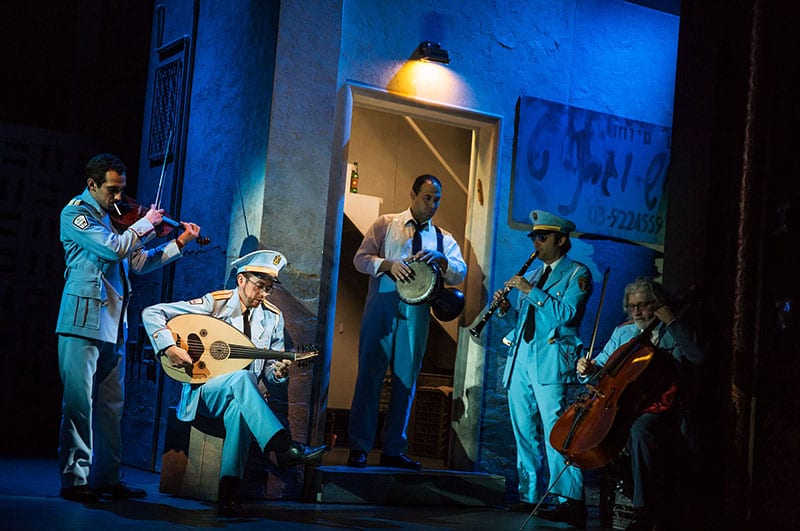 Miss Saigon
March 17–22, 2020
Claude-Michel Schönberg’s hit musical is back in a new version from the creators of Les Misérables. Miss Saigon is the story of a young Vietnamese woman named Kim who meets an American G.I. just before the fall of Saigon. This production is sure to deliver lots of spectacle, a cast of 42 and a score including Broadway hits like “Last Night of the World,” “The Movie in My Mind” and “American Dream.”

Hamilton
Performances begin March 31, 2020
Hamilton is the story of America’s founding father, Alexander Hamilton, an immigrant from the West Indies who became George Washington’s right-hand man during the Revolutionary War and was the new nation’s first treasury secretary. Featuring a score that blends hip-hop, jazz, blues, rap, R&B and Broadway, Hamilton is the story of America then, as told by America now.

Summer: The Donna Summer Musical
June 23–28, 2020
From a gospel choir in Boston to dance floor diva, Donna Summer risked it all to break through barriers. With a score featuring more than 20 of Summer’s classic hits, including “Love to Love You Baby,” “Bad Girls,” “Last Dance,” “No More Tears (Enough is Enough),” and “Hot Stuff,” this electric experience is a tribute to the voice of disco.

Anastasia
July 28–August 2, 2020
From the Tony Award-winning creators of Ragtime and inspired by the beloved film, Anastasia is the new Broadway musical that transports us from the twilight of the Russian empire to the euphoria of Paris in the 1920s. As a brave young woman sets out to discover the mystery of her past, pursued by a ruthless Soviet officer determined to silence her, Anya enlists the aid of a dashing conman and a lovable ex-aristocrat. Together, they embark on an epic adventure to help her find home, love and family.