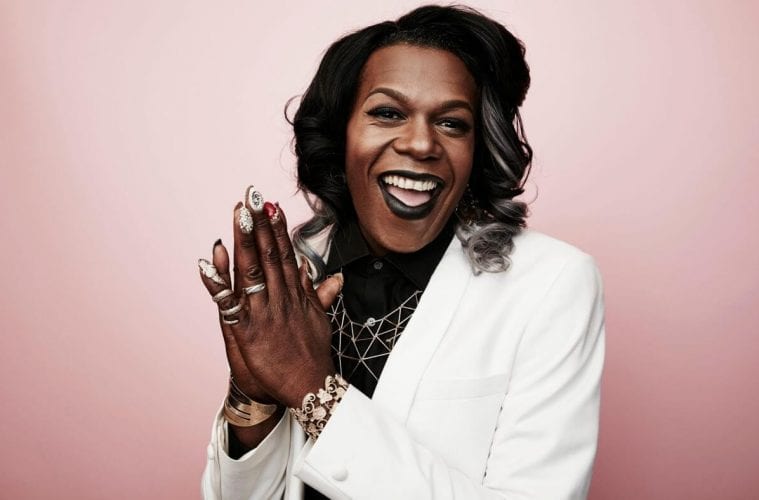 All hail the Queen: Big Freedia is coming to ATL

According to Classical Music for Dummies, “The earliest classical music was composed primarily for singing (for example, in church) or dancing.” Viewing the music of Big Freedia, the New Orleans-based Queen of Bounce, in this context displays many surprising similarities with the themes of classical music for dance, especially the moods and musical stylings of the Baroque period. Pulling at these threads gives a good starting point to prepare for Freedia and Co. to descend on the Terminal West stage this Thursday, June 22.

Thanks to our friends at Classical Music for Dummies, we know that “if you’re listening to a [classical] dance form, several things are likely to be true:

To our first point, the steady musical rhythm of Bounce mirrors the first of these truisms while also following in the more recent musical traditions of a New Orleans Second Line or HBCU Drumline. Bright, buoyant sounds mixed with polyrhythms and thunderclap snare hits propel dancers across the stage for hours.

As to the second point, Bounce music leans heavily on repetition, especially the use of call-and-response vocals and the quick reiteration of melodic patterns and bass lines. We hear this just as plainly in the Baroque-era Dido’s Lament as we do in Big Freedia’s track “Excuse,” which develops a melodically repetitive chorus while Freedia proclaims, “Excuse, I don’t mean to be rude / but give me dat mic and let me do what I do.”

And as for the final requirement on our list: the title of “Bounce” is an apt description of the dance style: You literally allow yourself to bounce.

The Baroque style, and Bounce dance moves, uses exaggerated motion to bring forth emotions of unbridled exaltation, a feeling akin to the childlike joy of chasing a friend through a field or being surprised by a magnificent magic trick. You can’t help but begin to move with her dancers and attempt to unlock their secrets. Like a baby mimicking an older sibling’s movements, each small step taken toward moving in the Bounce style will bring an exuberant smile to just about anyone’s face.

Thankfully, the dance floor of a Big Freedia concert is open to dancers of all levels. When asked by the San Antonio Current how she handles watching bad dance moves, Freedia responded, “Yeah I see that a lot, but I hold that in and let everyone express themselves the way that they choose, because we all don’t dance the same. We all don’t have the same rhythm . . . I accept it all.”

Big Freedia, like early classical music, got her start in the church. She grew up singing gospel classics in a Baptist choir and eventually became a choir director. She shared with GoNOLA that, “My mother made sure I never missed practice.” Those practices perfected her talent to lift a room with music. Live, each song allows her commanding presence to bring the congregated audience to a place of complete joy. When she steps aside to let her DJ and stage dancers take over and spread the gospel of Bounce, you watch her lose herself in the music and moments the dancers create.

The sense of color and boldness used to connect to the masses in Baroque art is found in the way Freedia constructs her songs to appeal to all. “It doesn’t matter how you look, your creed, your color, let’s do it,” she shares, and the makeup of her past Atlanta concerts speak to this all-inclusive appeal. At one preconcert dance lesson at the EARL, Freedia played cheerleader and coach as the vivid song moved dancers in wild ways, many falling to the ground — some on purpose, some not — and the audience followed her lead by responding with the same enthusiasm for each participant.

Freedia’s opening words from her album Just Be Free help describe her artistic philosophy. “My music, it makes me feel good about what I do and the culture that I represent. People get confused by if I am he or she. I am more than just Big Freedia. I am more than just Queen Diva. I am more than just Freddie Ross. I am me. I am the ambassador representing for New Orleans and for Bounce Music.” NOLA and its history have had a huge effect on Freedia’s music reaching the masses.

New Orleanian’s love music, though Katrina forced many to move away from the local sounds that help define their culture. Following that diaspora, Freedia propelled back and forth playing shows in NOLA and other Southern cities. In each town she visited, the former choir director found a new flock of expats and locals seeking salvation on the dance floor. She played out as often as she could. In her book, God Save The Queen Diva, she sums it up by saying “Five nights a week, meant there were two more nights to fill.”

For the uninitiated, a Big Freedia concert may be, at first, an overwhelming experience. Consider these words of 20th-century music historian Curt Sachs in regards to both artists and audiences transitioning to the Baroque period of art. “Composers and singers were not satisfied to amuse or to delight their public; they wanted to move and allure it. This was a style to which the public was quite unaccustomed.” This Thursday at Terminal West, bring an open mind with open ears and allow yourself to be moved. Toward the end of the night, when Big Freedia addresses the crowd with her classic line “Big Freedia, Queen Diva, you besta believa,” you’ll find yourself a believer of a style to which you were quite unaccustomed.