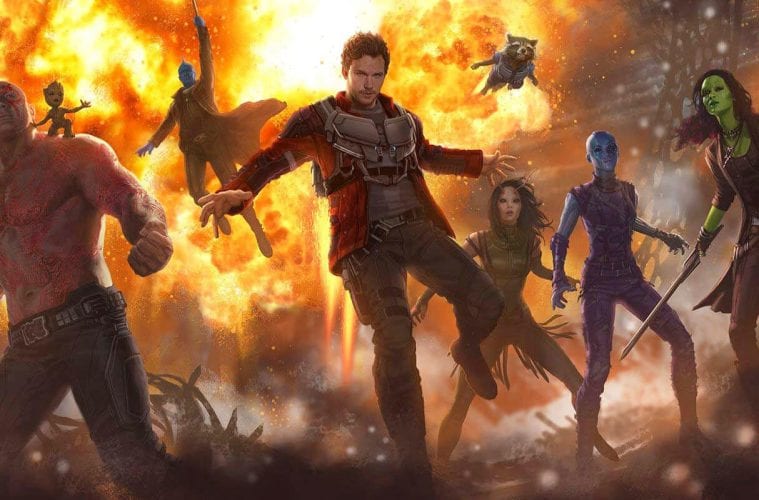 “Guardians of the Galaxy Vol. 2” shows how far Georgia has come as the Hollywood of the South

It’s expected to be one of the heftiest box office hits of the summer (and year) — but before Guardians of the Galaxy Vol. 2 opens this weekend, the film had a preview screening April 30 at the Fox Theatre.

The sequel to the surprise hit of 2014 was filmed in Georgia at Pinewood Atlanta Studios last year and brings back the original cast — including Chris Pratt, Zoe Saldana, Dave Bautista, Vin Diesel, Michael Rooker and Bradley Cooper. New faces in the cosmos this go-around include Kurt Russell, as the father of Pratt’s character Peter Quill, and Sylvester Stallone. No major cast members were present at the screening, but many local dignitaries and industry members walked the red carpet and spoke beforehand.

Bert Brantley, COO of the Georgia Economic Development Agency — which houses the Georgia Film Office — introduced the film and thanked Governor Nathan Deal for his commitment to tax incentives that have revolutionized the state. “Ten years ago, Georgia had $250 million worth of filming and economic impact down here,” he said. “Last year, there was $7 billion. Those jobs are for our people and citizens. It means people spending money at hotels and restaurants and more taxes coming in to Georgia. Thank you to the film industry for your commitment to Georgia and making great films here. What people love is our Southern hospitality, which they don’t get in New York and California.”

Tax incentives were passed 12 years ago in the state and are regarded as some of the finest in the industry. During that time, local crews have been beefed up and trained to film the likes of a Marvel movie. The addition of studios such as Pinewood and the training facility at the Georgia Film Academy (established in 2015) helps make big budget action movies easier to produce locally. “Studios don’t need to go elsewhere,” Brantley says. “It can happen here. We’ve built up the base here, and we can see these blockbusters filmed here.”

Former Senator Chris Dodd, the current chairman and CEO of the Motion Picture Association of America (MPAA), represents the six major film studios and says they all love coming to Georgia. “This is becoming not just a great site in the U.S., but one of the great venues globally for film and TV production,” he says. “Last year alone there were 245 films and television shows made in Georgia. Just right now, 50 are being shot here.”

Of the $7 billion added to the economy, $4.2 billion of that is wages coming to Georgia. There are now 83,000 people in the state who have jobs related to the industry, with most of them working behind the scenes, and Dodd calls them “the hardworking people who really make the films.”

David Grant, vice president of physical production for Marvel, recalled his first visit to the area as a bit treacherous. “Four years ago, I got on a plane and was ushered to this place called Fayetteville,” he says. “It was all woods.” As he was being transported he was told that if the vehicle he was in toppled over, to avoid the wasp nests. Once at the site, he was shown around and given the vision of the future: sound stages, offices, support buildings. That once-barren location is now Pinewood Atlanta Studios.

Marvel has now produced or is prepping numerous films in Georgia: Ant-Man, Captain America: Civil War, Guardians of the Galaxy Vol. 2, Spider-Man: Homecoming (scheduled to be released July 7), Black Panther, Avengers: Infinity War Parts 1 and 2, and Ant-Man and the Wasp. “Georgia has flourished with their world class program,” Grant says. “They made it happen and we are happy to be partners with them. Many states tried and failed, but Georgia flourished.”

Thanks to the Georgia Film Academy — which involves a semester of classroom experience and then a semester in the field — Patrick Nesbitt has realized a long-time dream of being in the film industry. Part of the first Georgia Film Academy class, Nesbitt — who was at the screening — took an internship with Pinewood last August on the set of Avengers: Infinity War Part 1.

“I got accepted into the paint department,” he says. “I started off as paint utility, a gopher, a catch all for the department. It provided me the opportunity to meet people, to see the culture. From there, I was able to build relationships, learn technique and get a feel for what these craftsmen do. I was hired a month ago, and now I’m a union member, working full time in the art department as a set painter.”

With all the activity in the state, including the Oscar-nominated, commercially successful Hidden Figures, Los Angeles has gotten very nervous about Georgia’s efficiency, Brantley says. “We go out there every year to meet with studios and thank them for their business, and they all tell us how people in New York and Los Angeles are really scared at the business that is coming here,” he says. “It’s become a great partnership between our state, the citizens and the filmmaking industry.”