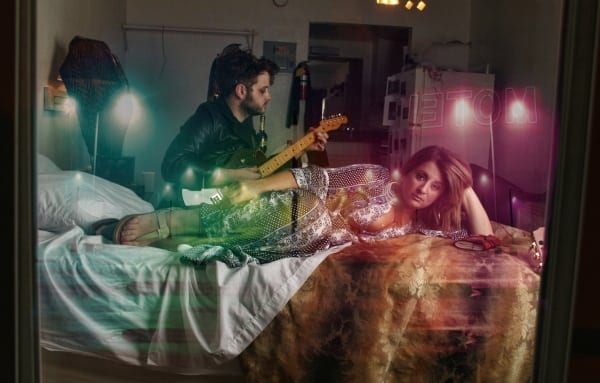 glo, Joshilyn Jackson, Foxfire, “Last Time We Were Here” and more to see and do this week, June 16–22

The Rise of Sneaker Culture. An exhibition following the evolution of the sneaker, from its origins in the mid-19th century to its role in the present day as a status symbol of urban culture and marker of masculine identity, includes more than 150 sneakers. ArtsATL critic Christina Lee previews. Through August 14. High Museum of Art. Gregory Alan Isakov with the Atlanta Symphony Orchestra. The Colorado-based singer-songwriter performs a concert accompanied by the ASO. June 17 at 8 p.m. Symphony Hall.

The Wizard of Oz. A touring production of Andrew Lloyd Weber’s elaborate adaptation of the classic story stops for a short run at Atlanta’s Fox Theatre. June 21-26. Fox Theatre.

Joshilyn Jackson, The Opposite of Everyone. The Decatur-based New York Times bestselling novelist reads and signs her latest novel about an Atlanta attorney who is prompted by a mysterious note to confront her unconventional upbringing by a freewheeling, storytelling mother. June 21 at 7 p.m.  Margaret Mitchell House.

Robert Burke Warren, Perfectly Broken. The former rocker who has worked with RuPaul, Wanda Jackson and Roseanne Cash presents his first novel about a former rock star who must adjust to a staid life in the Catskills. June 19 at 6 p.m. A Capella Books. Tanz Feed. Third in a series of conversations about art and art criticism in Atlanta. June 21 at 7 p.m. Goat Farm Arts Center. Dheepan. This year’s winner of the Palme d’Or at Cannes tells the story of a Tamil soldier who escapes the violence of his country’s civil war by pretending to be a family with a stranger and her child. Landmark Midtown Art Cinema.