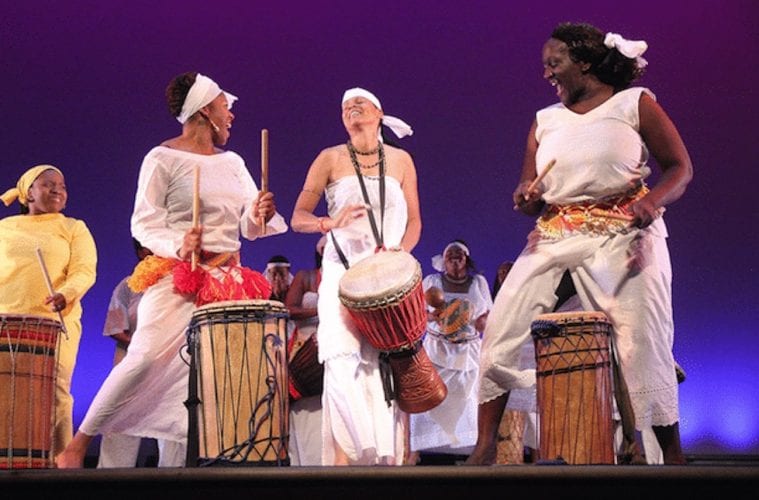 It’s easy to get lost in the excitement of a Giwayen Mata performance and miss the significance of the group’s work. The drumming and rhythmic dancing is exhilarating, but it’s heightened by the “all sistah” group’s palpable passion and bond.

In recent years, increased attention has been called to the power of black joy in the face of systematic trauma. Hashtags such as #BlackGirlMagic and #BlackBoyJoy often punctuate viral videos on social media. Stone Mountain-native Childish Gambino (also known as Donald Glover) seemingly commented on the commodification of black emotions in his critically acclaimed “This is America” music video. But long before artists such as Gambino and Rihanna were doing traditional African dances, such as the popular South African “Gwara Gwara” dance, on mainstream platforms, Giwayen Mata was introducing Atlanta to African culture through dance, drumming and spoken word with the goal of educating in addition to entertaining.

This month, the organization is celebrating 25 years of educating and moving audiences in Atlanta and beyond with an awards ceremony and a performance that promises to reflect on the group’s history.

The Elephant Leaders of Women Awards reception and Tafiya – The Journey, Honoring Our Past and Actuating Our Future concert will take place on July 14 at 6:30 p.m. in the Ray Charles Performing Arts Center. 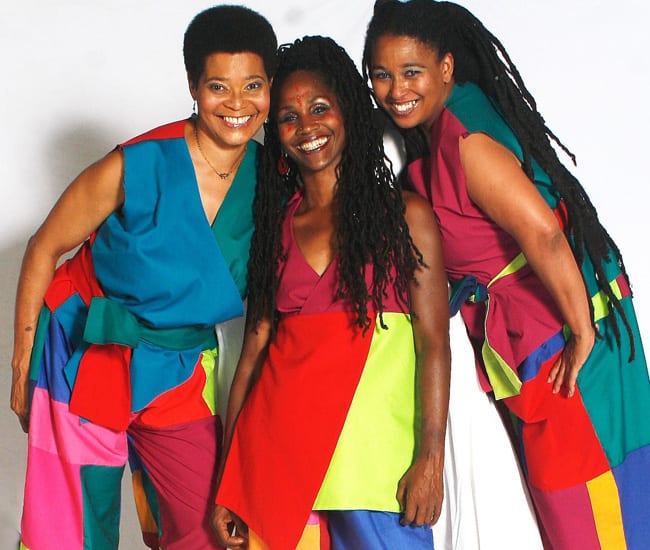 The awards program that will precede the concert, however, will turn the focus away from the troupe itself. Atlanta businessmen, performers, philanthropists and media personalities will be honored for collaborating with Giwayen Mata throughout the years.

When Giwayen Mata cofounder Omelika Kuumba talks about her love for drumming and dancing, her words are punctuated with laughter. On this evening, rehearsals for the upcoming concert ran late. More than 15–20 women were in her living room practicing traditional and original rhythms for hours. They were having so much fun, they’d lost track of time.

“We’re looking to give people a glimpse of what our journey has been over these 25 years through song, rhythm, dance and spoken word,” Kuumba says.

The group’s associate artistic director Tambra Omiyale Harris created an original work for the upcoming show. Mata’sia, which Kuumba says translates to “woman’s journey,” is an homage to the women of Giwayen Mata. Additionally, the group will premiere arrangements of traditional West African rhythms, including Balakulandjan, which involves a long-legged bird who tells of the importance of children and happiness, and Toro, a rite of passage that children traditionally perform around a campfire.

The concert will reflect on the Atlanta-based group’s legacy of breaking down sometimes traditionally held cultural beliefs that women shouldn’t play drums such as the djembe, a West African instrument traditionally made with calf or goat hide stretched over wood. Kuumba says the djembe was traditionally an instrument that was played by ordained priests, but she points out a misconception often surrounding the history of women drummers in Africa. She says, in some instances, women did know how to play drums but opted to dance instead, leaving the percussive instruments to the men.

Kuumba had no idea what would come from the African dance classes she took more than 25 years ago in Atlanta. She’d enrolled her daughter, then a toddler, in classes and was then inspired to take classes of her own.

The free DanceAfrica classes enabled Kuumba to participate in the six-week series guilt-free. A woman with an innate passion for percussion and dancing, Kuumba says she hadn’t previously considered a career in dance. She says she studied to be a veterinarian in college until struggling with organic chemistry. In the DanceAfrica classes, Kuumba was clearly a natural, though, and after just four weeks of classes with DanceAfrica, she was asked to join a professional dance group, which led her to opportunities that involve working as the instructor of African Dance Forms in the department of dance performance and choreography at Spelman College, and serving as the artistic director of Giwayen Mata. 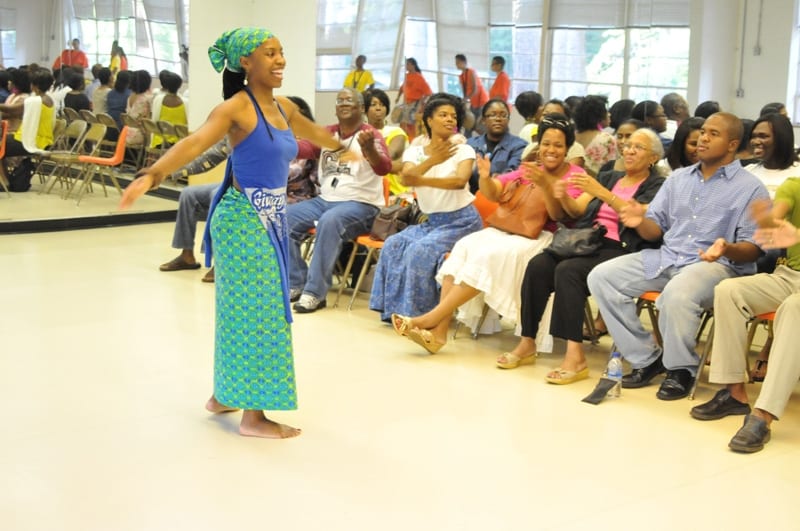 Community outreach is a crucial component of Giwayen Mata.

Throughout the troupe’s history, the women have weaved timely American tales with African culture. The result has been productions such as This Mother’s Daughter, a show that paid homage to the mother-daughter relationship, and Salute to Men, a show that reflected on current struggles of African American men. In the latter, poems such as Gail Vernon Zuri Sami Ra Maati Jordan’s “Our Sons Are Dying” reflected on police brutality, racism and other issues affecting black communities.

For 25 years, Giwayen Mata has introduced Atlantans to African culture through drumming and dance, but when the 10 founding members of the organization originally came together, their only purpose was to support each other.

“We were not coming together initially to start a company,” Kuumba says. “There were several women who were in other organizations who decided to come together and learn rhythm so that we could support one another’s dance classes.”

After the group of women were invited to play together during several events, they officially formed Giwayen Mata.

Since then, the group has become a staple in the local arts community and beyond. In addition to performing in Atlanta and throughout the US, Giwayen Mata was a first-round winner during the third season of America’s Got Talent. Last year, Kuumba and the rest of the group appeared on NBC’s 1st Look, celebrating their legacy as an organization run by women and teaching the show’s host, Ashley Roberts, how to play a djembe. Roberts isn’t the only person to learn a thing or two from the women.

When the Giwayen Mata performers aren’t on stage, they’re still teaching throughout the community, ensuring that they spread their joyful energy and knowledge and enable people to learn proper drumming techniques and traditional African choreography.

The concert, Tafiya — The Journey, Honoring Our Past and Actuating Our Future, will honor the group’s work and look ahead to what the women of Giwayen Mata are hoping to accomplish in the next few decades. Kuumba hopes to soon be able to tour internationally with the group.

“To hear these drums being played by up to 20 women is an amazing thing,” Kuumba says. “Drumming in particular has a way of getting inside you. It’s a heartbeat.”