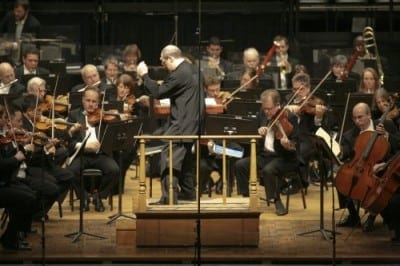 Editor’s note: We’re happy to introduce Jon Ross, a jazz specialist, who from time to time will write about the local scene for ArtsCriticATL. Jon has written for DownBeat magazine, among others, and blogs at Jazzlanta. — Pierre

Polyglot trumpeter Wynton Marsalis’ “Blues Symphony” seems to be experiencing some growing pains. And the story still isn’t over.

A co-commission of the Atlanta Symphony Orchestra and Boston Symphony, “Blues Symphony” is billed as a complete fusion of classical and jazz styles. Subtitled “Symphony No. 2,” it revives a form birthed from composer Gunther Schuller’s Third Stream experiments in the 1960s.

Each movement is harmonically rooted in the 12-bar blues and uses a spectrum of American music — from ragtime and spirituals to Western shuffle — as a thematic device. It is Marsalis’ first large score that doesn’t involve improvisation or his presence on stage. The world premiere was scheduled for July 2008 at the National Black Arts Festival, which contributed to Marsalis’ commission fee. But the score wasn’t ready in time; the premiere was pushed back two more times. (There’s some controversy about when Marsalis submitted the score, or parts of the score, to the ASO.)

Atlanta audiences received the first aural hint of the symphony in November 2009 in Symphony Hall, with just two of the seven planned movements. (On ArtsCriticATL, a Marsalis copyist engaged in a lively discussion about the work and the delay.)

On Thursday we came a little closer. But there is still some confusion. The ASO and conductor Robert Spano were scheduled to finally tackle the entire piece, and the program listed all seven movements. Instead, they performed five movements — about 45 minutes of music — for a near-capacity crowd at the 18th annual “A King Celebration” Concert at Morehouse College. The event was recorded by National Public Radio for broadcast Monday on the King holiday. (In Atlanta, it can be heard on WABE 90.1-FM at 9 p.m.)

Curiously, they performed the selections (movements 2-6) without a word of acknowledgment from the stage about the change in programming. When asked when the full premiere will take place, Laura Soldati, a press person for the ASO, told me, “I have no news on that yet.”

Marsalis’ project is a vast undertaking. The workaholic trumpeter has composed numerous long-form jazz pieces for his Lincoln Center Jazz Orchestra and has experience writing classical ballet scores, string quartets and choral pieces, but isn’t that familiar with the symphonic form. (Marsalis has also committed to a symphonic work for the Berlin Philharmonic. The world premiere is scheduled for June 2010. No word yet on how that one is progressing or what the penalty will be if he’s late.)

“Blues Symphony” shows great promise, but it can easily be confusing. In its present form, it’s uneven. The composition as a whole has very little unifying architecture, and some movements are overwhelmed by various singable melodies that simply need to be more fully nurtured.

The second movement, titled “Spiritual,” began with a low rumbling from the strings accompanied by pastoral flutes; soon, horns introduced blue notes. It was a mix of jazz and classical styles, a sometimes startling combination reminiscent of Charles Ives’ “Putnam Camp” movement from “Three Places in New England,” but the ASO maintained a clear delineation between the symphonic strings and the bluesy horns. Marsalis’ music then progressed through multiple vernacular tidbits, never centering on a true melodic centerpiece.

The fourth movement, titled “Blues,” was the most successful because it is essentially a handful of soloists trading blues choruses. This is where Marsalis the composer shined, giving disjunct, thorny phrases to individual players. ASO musicians spent the evening striking a balance between classical style and a behind-the-beat jazz pulse. 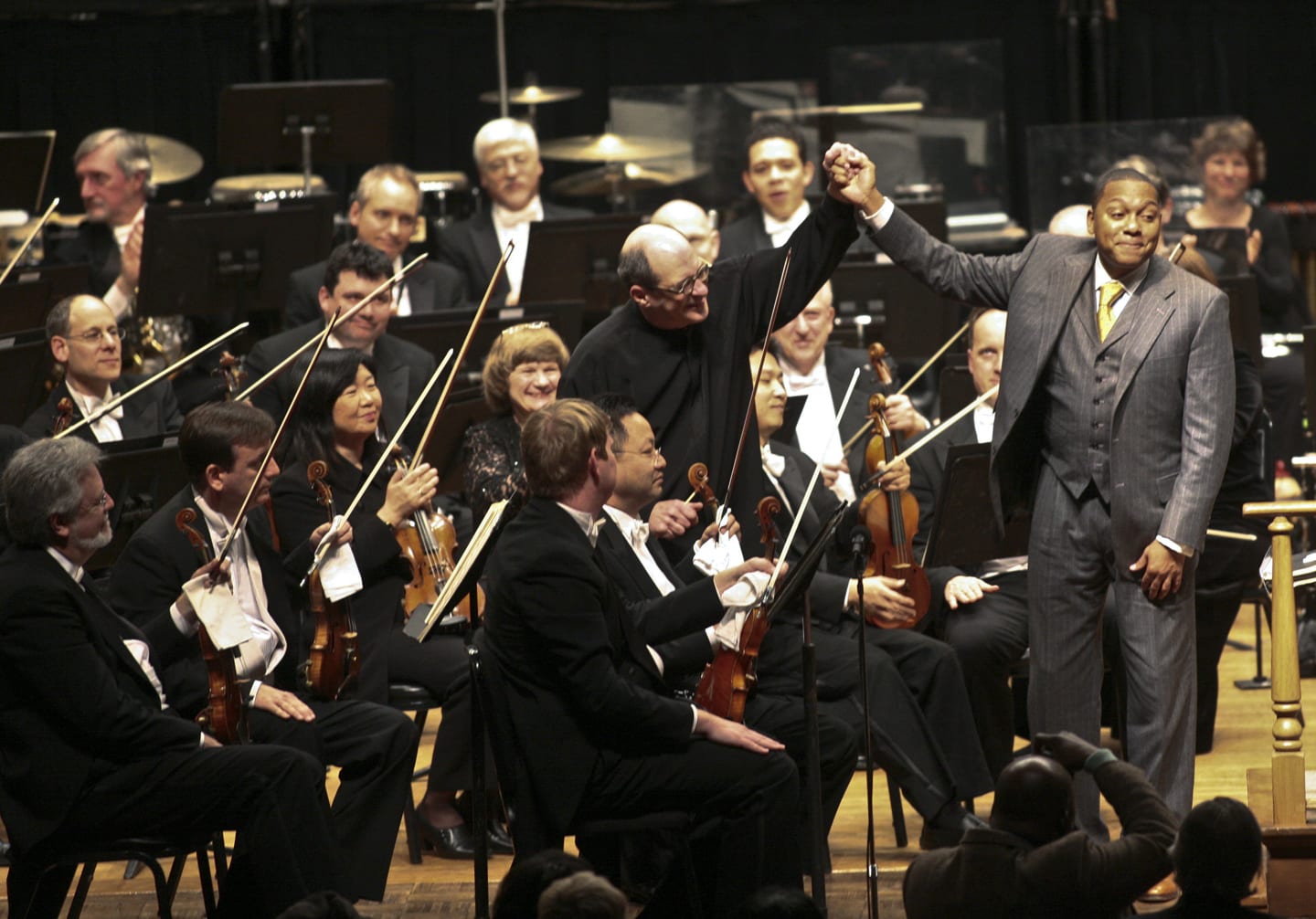 It’s no doubt very difficult to play Marsalis’ melodies, as they often sound like trumpet licks, and his jarring transitions require a delicate touch. In some movements, he incorporated the same kind of New Orleans polyphony used to great effect in his septet on pieces like “Happy Feet Blues,” but the orchestra seemed too large (or too under-rehearsed) to handle it. Spano, however, reveled in these musical challenges, whopping a large backbeat with his baton, a beatific smile on his face.

In the accompanying program notes, Marsalis wrote that he is a self-taught orchestral composer. “I tend to use my natural hearing and love of what the various instruments like to do and can do to guide my process,” he continued. This compositional outlook produces what sounds like rough sketches of sometimes very good music that simply lacks cohesion.

The trumpeter has some work to do before his vision is fully realized, but with a careful editing eye, “Blues Symphony” might turn into a very satisfying genre-bending piece.

For the anthem “We Shall Overcome,” performed in a plump, Handelian arrangement by Morehouse’s Uzee Brown Jr., the audience stood as if it was the “Hallelujah” Chorus.