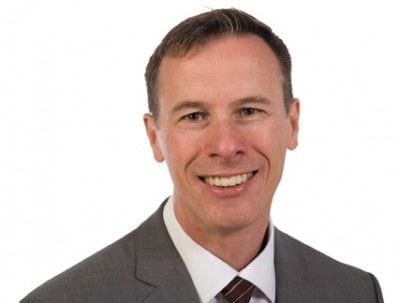 Georgia Tech’s Robert Ferst Center for the Arts has a lackluster reputation among metro Atlanta’s performing arts series, both inside and outside university settings. The Ferst hall itself — a visually chilly, fan-shaped cinderblock room — renders most acoustic performances inaudible. In terms of programming, the main Ferst series has wandered all over the map in recent years, searching for a niche.

The series also seems disconnected from the rest of the campus — unlike, say, Tech’s Sonic Generator, a contemporary music ensemble where technology informs the mission. I can’t speak for every component of Ferst programming, but in the classical realm they’ve seemed swayed by starry names who cost a lot but are past their prime (like pianist André Watts, who comes to Atlanta every year anyway) or self-styled hipsters perhaps meant to attract a student audience but who, in truth, are rather boring (East Village Opera Company, back again this fall).

So it’s good news to announce that the Ferst Center has a new executive director, George Thompson, who started June 15. He will oversee a $1.75 million budget, and he replaces Jay Constanz.

“I believe the performing arts and engineering are not as divergent as some might assume,” Thompson said in a statement. “Both try to solve problems, and both reflect the needs of the society and time in which they exist.”

This is from the Ferst’s press release:

“Raised in Greenwich, Conn., Thompson’s career in the performing arts—both as manager and performer—spans three decades, with more than 20 years in senior management positions of nationally recognized arts organizations. Thompson began his career in 1979 as a professional dancer for the American Ballet Theatre. In 1987, he was named business manager and assistant director for Finance  and Development for the four-theater complex within the Purchase College Performing Arts Center in Purchase, N.Y.

Thompson served as executive vice president for the Tampa Bay Performing Arts Center in Tampa from 1994–2001, executive director for The Washington Ballet in Washington, D.C., from 2001– 2003, senior vice president of Programming and Operations at Omaha Performing Arts from 2003–2005 and joined ACT [San Francisco’s American Conservatory Theater] in 2005. Accomplishments during his tenure include increasing the Tampa Bay center’s operating budget to $27 million from $7 million and engineering the Washington Ballet’s first sold-out season at the Kennedy Center prior to opening, as well as increasing the ballet’s annual campaign by 25 percent through the centralization of development efforts.”