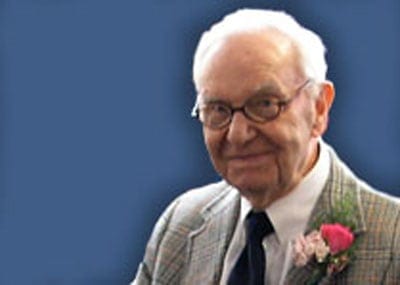 Ernest G. Welch was 93 when he earned his Bachelor of Fine Arts degree in photography from the Georgia State University School of Art and Design in 1999. The school’s oldest graduate, who died last month at the age of 103, was also its biggest benefactor: He and his late sister Frances have bequeathed the school $4 million.

According to Ralph Gilbert, associate dean for fine arts, the money will be invested with the university’s endowment, which provides a 4 percent annual return. That means about $160,000 a year for the art school, which was named in Welch’s honor in 2003, to spend any way it sees fit.

“The gift could have a potentially enormous impact,” Gilbert says. “I have asked the faculty to start generating ideas. It could take as long as 18 months to settle the estate, so we have time to think through what we want to do.” 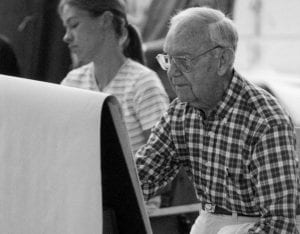 Ernest Welch in a GSU drawing class in 1999.

And that is not Welch’s only legacy. “He was intensely focused,” Gilbert says. “To both his teachers and his fellow students, Ernest was the greatest possible example of lifelong learning, and he set a standard for curiosity, self-expression and a desire for growth that we will never forget.”

Consider this: Welch took up digital photography at the age of 102.