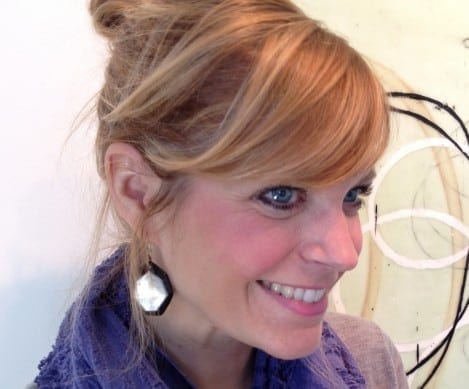 It wasn’t a huge surprise when Emily West announced earlier this month that she would close Emily Amy Gallery. A “For Lease” sign had been in her window for weeks. But it is another dispiriting blow to the Atlanta gallery scene.

The 32-year-old dealer has become director of Anne Irwin Fine Art. “I’ve been weighed down by the daily minutiae of running the gallery,” says West, who has had no staff save for her ever-supportive mother, Brenda. “Anne’s business is very established, which will allow me to do the things I enjoyed before opening my own gallery.”

West worked across the street from Irwin’s gallery (which has since moved to Miami Circle) when she was employed at Bennett Street Gallery, before she opened her own space when she was 27. “We used to talk and realized we have similar goals, like being hospitable and not creating cold, unwelcoming galleries,” West reflects. She says their personalities are also a good fit.

After a series of discussions, it was decided that West would bring eight to 10 of her artists over to join Irwin’s stable. So far, those include Jen Bradley, Paul Brigham, Sara Cole, Jules Cozine, Dorothy Goode, Melanie Parke and Margie Stewart. Their work will be presented in a show at Irwin to run February 22-March 7. (Unlike at most contemporary galleries, Irwin’s shows are up for two or three weeks instead of four, reportedly because she moves so much work and because attendance peters out over the course of a longer run.)

Depending on how her artists are received by Irwin’s clients, West hopes to be able to influence the artistic direction of the gallery and bring more artists in. In the meantime, she is working on introducing other of her artists to galleries that might be better fits. Amy Pleasant, for one, has been picked up by Whitespace gallery.

As she settles into her new role, West will continue to keep her gallery open Thursdays-Saturdays through March, with a group show of her artists.