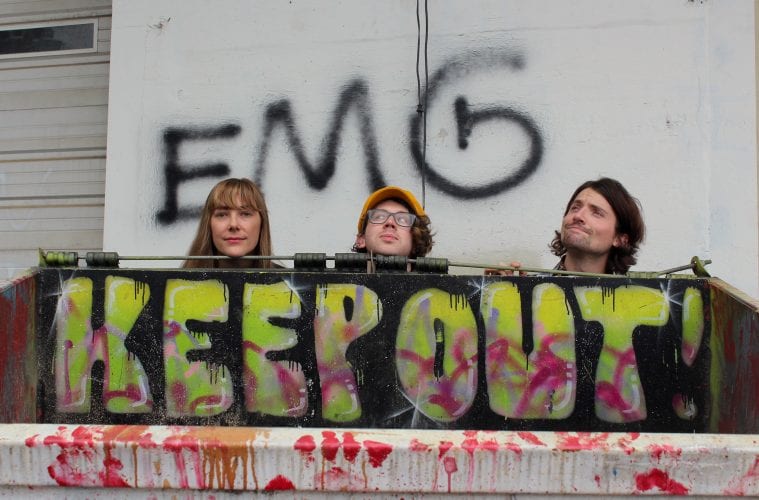 SLONE shares a message of love with Emancipation

Producer and songwriter Julie Slonecki, better known as SLONE, has a way of making listeners feel warm even on the coldest of nights. With a keen sense of humor and inward reflections, the artist holds a mirror to herself to spread a message of self-love and self-help with today’s debut release of Emancipation.

Slonecki’s previous solo records utilize elements of synth and electronics, presenting a product often influenced by surroundings. “It’s a different turn from my past albums, where the songs are a bit more about other people or outside factors,” she says. Now, the multifaceted artist takes an internal gaze, crafting indie-pop that bleeds with hip-hop tones to produce a sound that reaches new heights as SLONE treks on as a trio with Dustin Williams (bass) and Dylan Hansen (drums).

The album, recorded at Slonecki’s home only using a Fender Strat guitar and loop pedal, acknowledges the difficult journey that is life and recognizes freeing oneself from self-sabotaging internal voices. Upbeat rhythms meet positive lyrics, leaving a memo of self-adoration that echoes with every song on SLONE’s latest record.