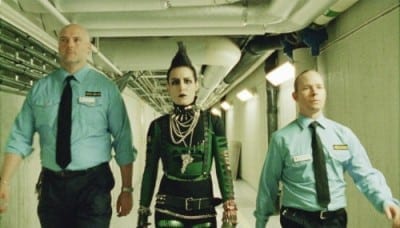 One of modern literature’s oddest couples reunites — well, sort of — one last time in “The Girl Who Kicked the Hornet’s Nest.” Starting exactly where “The Girl Who Played With Fire,” the second part of the film trilogy based on the late Stieg Larsson’s books, left off, “Nest” sees punk computer hacker Lisbeth Salander (Noomi Rapace) airlifted to the hospital with a bullet in her brain. After surgery, she’s locked down in her room by police, charged with the attempted murder of her father. Meanwhile, Mikael Blomkvist (Michael Nyqvist, middle photo), crusading journalist and her sometime lover, is left to try to clean up Salander’s mess. And there is a lot of it. 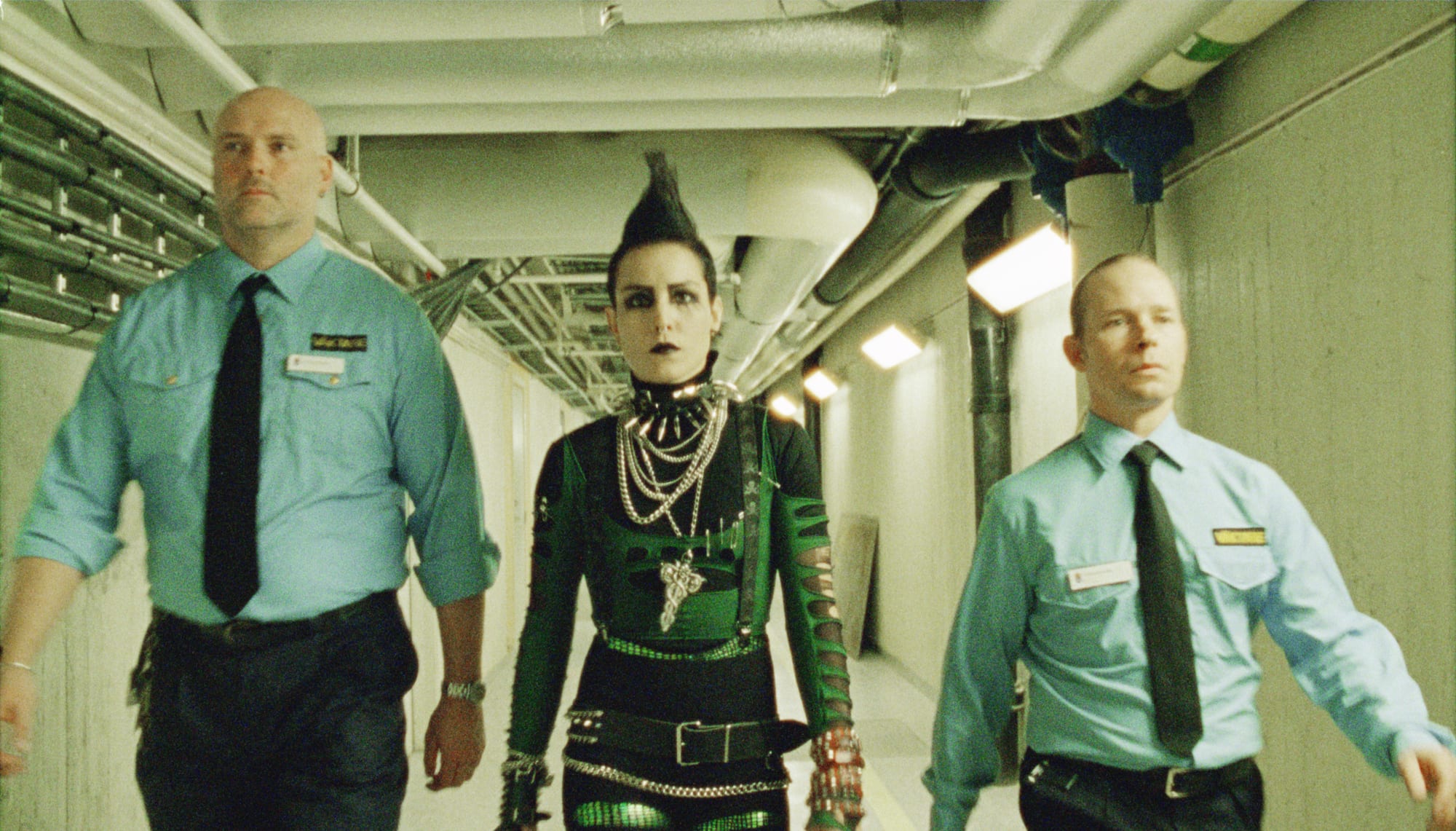 Made originally for Swedish television, the movie assumes a viewer’s familiarity with the characters and plot. After all, “Nest” is essentially the second half of a storyline that began with “Fire.” If you haven’t seen the previous movie, read the books or been clued in by someone who has, prepare to be confused.

See, Salander’s dad — the old guy she sank an ax into at the end of “Fire” — is a slimebucket called Alexander Zalachenko (Georgi Staykov). A Russian defector, he’s been protected, in exchange for intel, by Swedish secret police for decades. As part of that “protection,” Lisbeth, as a young girl, was thrown into a mental institution under false pretenses, declared legally incompetent and delivered into the hands of a corrupt social services system. How corrupt? Well, in the first installment, “The Girl With the Dragon Tattoo,” her court-appointed legal guardian brutally and repeatedly raped her — an event that plays a crucial role in the climax of “Hornet’s Nest.” 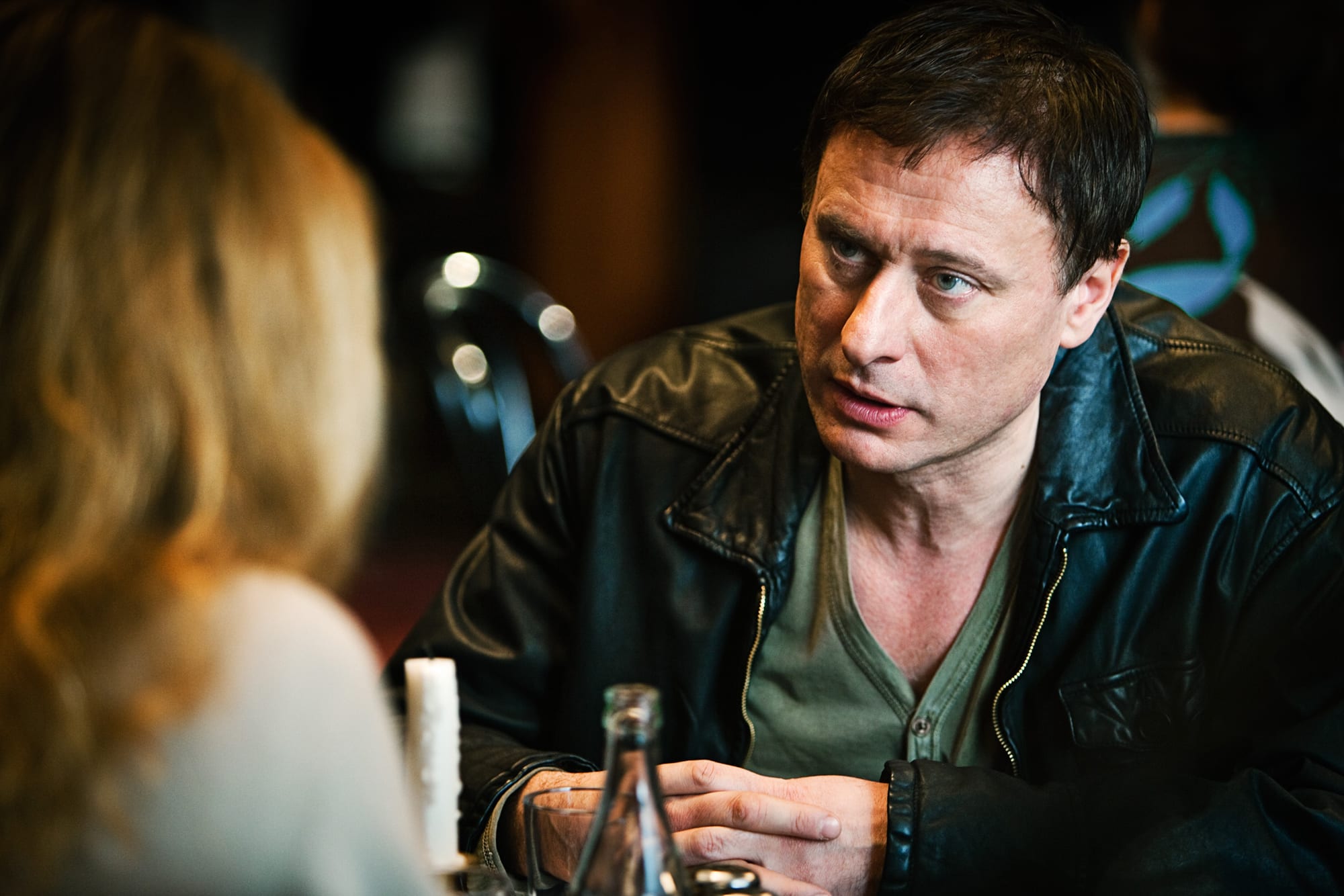 Like “Fire” before it, “Nest” unfolds on a dual track. In the hospital, Salander slowly recovers and prepares for trial with the help of a kindly doctor and her defense attorney, Annika (Annika Hallin, at left in lower photo), who happens to be Blomkvist’s sister. In the outside world, Blomkvist and his staff at Millennium Magazine try to document the long-term conspiracy that put Salander in harm’s way. At the same time, the people responsible — a cabal of middle-aged and older white men who are sometimes hard to differentiate — do everything they can to keep Salander locked up and Blomkvist neutralized. Their tactics include robbery, frame-ups and attempted assassination.

Oh, yes: there’s also a James Bond-type villain called Niedermann (Micke Spreitz), a peroxide-headed giant who’s impervious to pain and is determined to kill Salander. Who happens to be his half-sister.

As busy as all this sounds, the film of “Nest” actually finesses and streamlines a handful of extraneous elements from Larsson’s doorstop of a book. Still, the movie is so busy marshaling its plot points that it never really has room to breathe or develop a distinct identity. It’s like Scandinavian furniture: sleek, efficient, slightly impersonal. 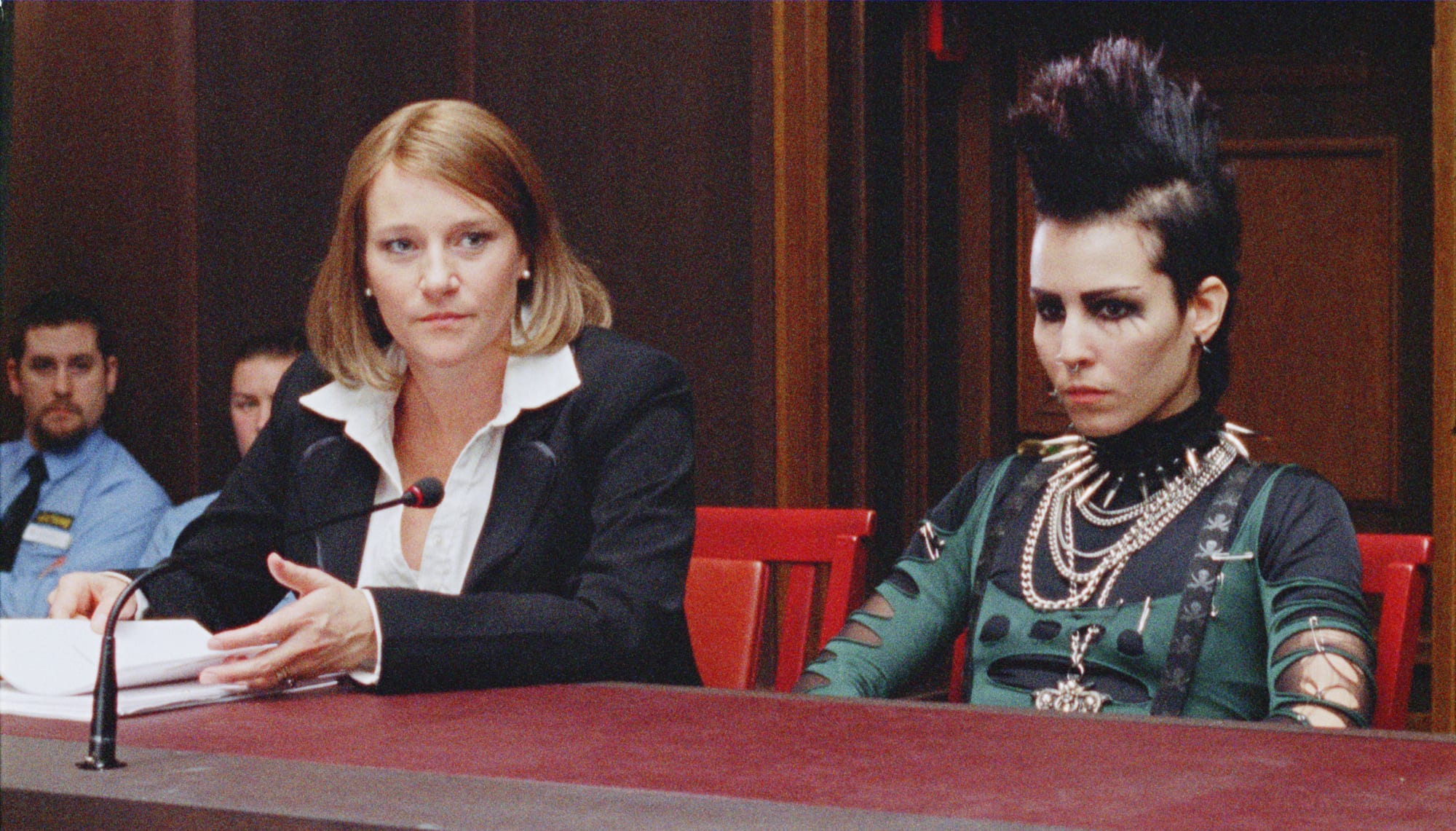 Maybe that’s partly because, as in the previous film, its two main characters spend almost no time together on screen. In fact, they share exactly one scene in two and a half hours. That’s a shame, because Rapace and Nyqvist are compelling actors, but they’re better when they actually get to dramatize the prickly Salander-Blomkvist relationship while in the same room. Maybe, in the sequels he never got to write, Stieg Larsson intended to give his characters more shared face time. We’ll never know. But at least we can revisit these two again, starting next fall, when David Fincher’s English-language remake of “The Girl With the Dragon Tattoo” hits screens, with Daniel Craig and Ronney Mara taking the roles of Blomkvist and Salander.