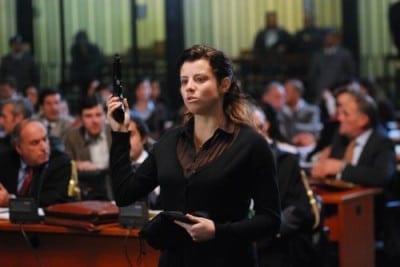 Review: Papa’s princess taking down the Mob in Marco Amenta’s “The Sicilian Girl”

Based on a true story, “The Sicilian Girl” has all the elements it needs to be a fantastic movie: blood vendettas, exploding cars, star-crossed lovers, family passions. So it’s a shame that the end result provokes a meh response. Italian director Marco Amenta covered this material before in a 1997 documentary about Rita Atria, the bold 18-year-old from a village in Sicily who dared to go against tradition and testify against the Mafiosi who ruled her village — even though they had included her own father and brother, who were murdered by their fellow dons. 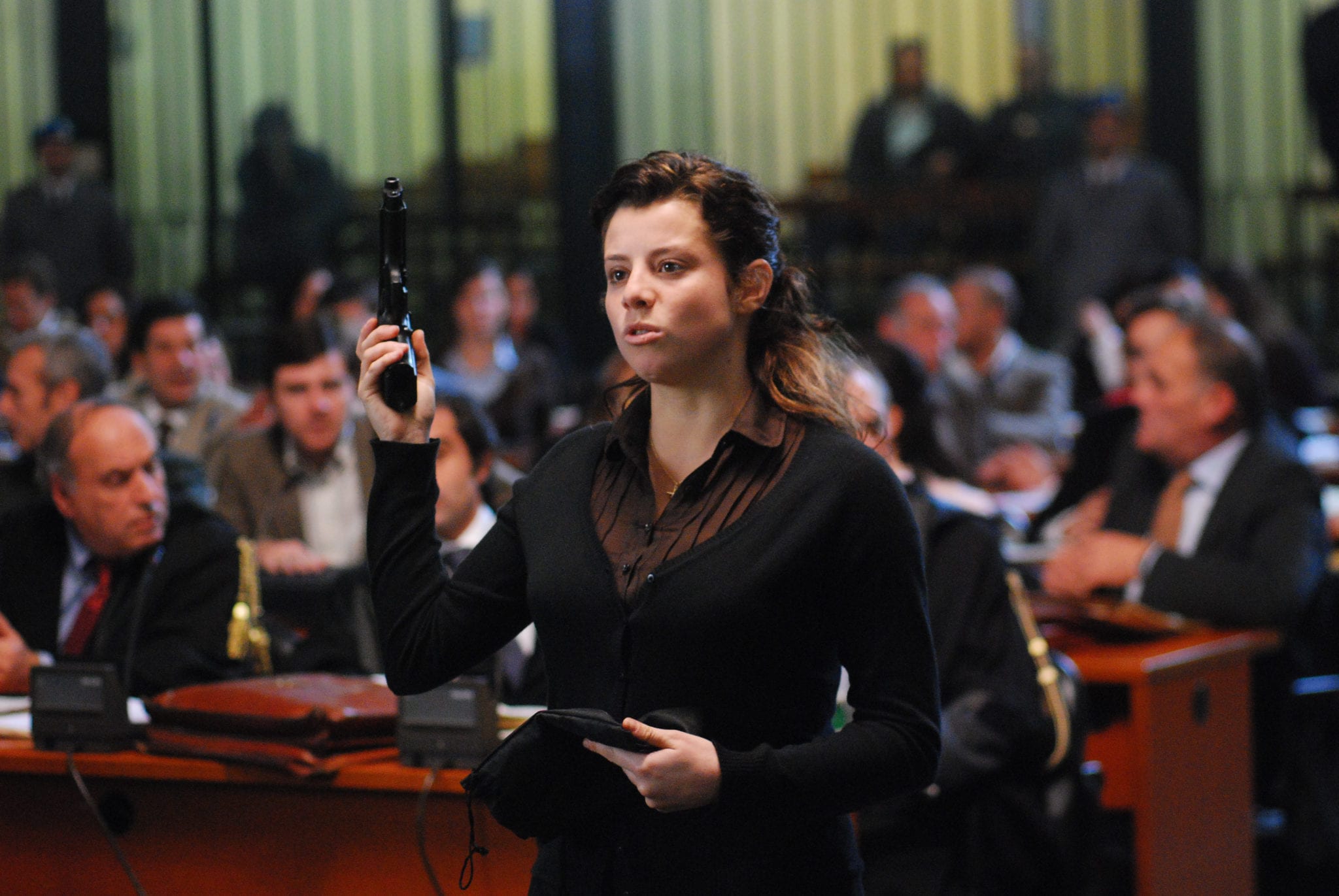 In his slightly fictionalized new movie, Amenta introduces us to Rita at age 11, played by the high-spirited Miriana Faja. Though she’s a nuisance to her mother, she’s her father’s princess. In turn, Papa (played by Marcello Mazzarella) appears, to her, to be a benevolent father figure to the entire village. Here’s one of the film’s most interesting points, which doesn’t play out as effectively as it might: the disparity between Rita’s idealized view of her dad and the man she must later come to recognize was as much a killer as the other thugs she vows to put in jail.

Flashing forward, we find Rita as a 17-year-old (played by Veronica D’Agostino) who plots with her brother to avenge their father’s death — even while she dates her childhood friend Vito (Francesco Casisa), who works for their father’s killer. Yes, it’s complicated. It only gets more so when her brother’s death sends Rita to Palermo, and ultimately into the witness protection program in Rome, where her testimony sets in action a huge criminal case against dozens of Sicilian Mafiosi.

Rita’s main point person is simply called the Judge, a fictionalized version of real-life prosecutor Paolo Borsellino. Gérard Jugnot plays him with a muffled, bear-like smolder. Though the real Rita and Paolo reportedly developed a devoted father-daughter rapport, this doesn’t come through in “Sicilian Girl.” What should have been a sure-fire emotional connection gets muted.

It doesn’t help that D’Agostino plays Rita with only a few notes. Mainly, she’s a walking glare. (This may not be entirely relevant, but while D’Agostino is a moderately attractive woman, the real Atria was a knockout — as seen in an all-too-short video glimpse of her at the end of the movie.) 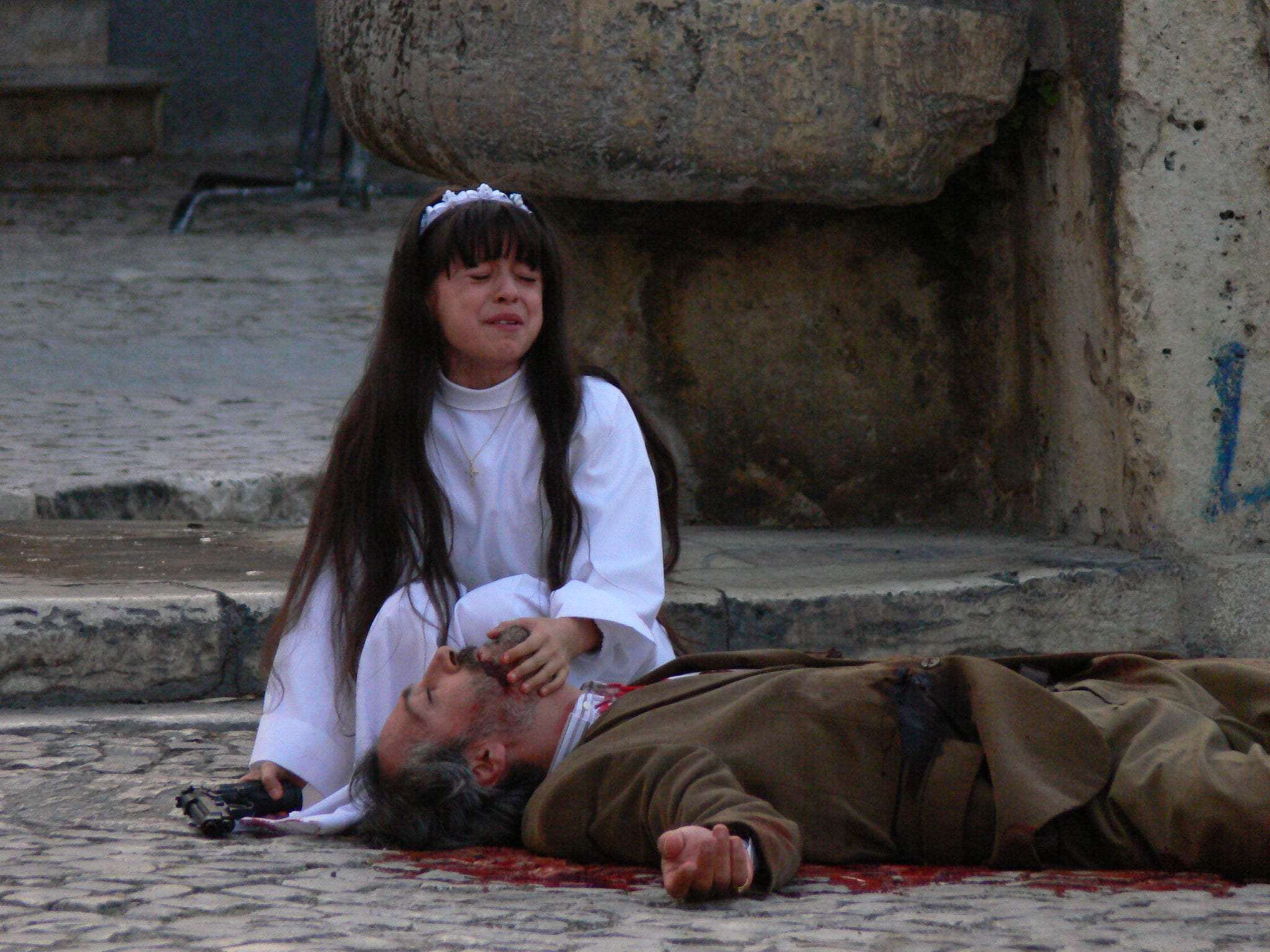 Maybe director Amenta is simply better suited to documentaries than features. His pacing can be a little slow, and he relies on too many clichés. For instance, when her father is gunned down, young Rita happens to be wearing her white Communion gown, the better to make a striking contrast with the bloodstains. And when one character checks his watch and gasps, “Gosh, I’m going to be late,” you can guess he’s about to step into a bomb-rigged car that will make him very late indeed.