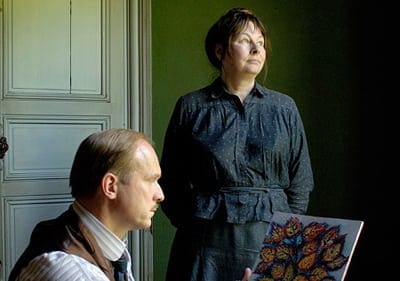 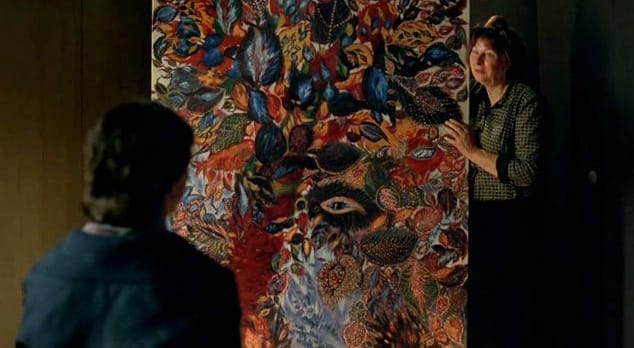 By dint of habit (and want of an easel), the 50-something Séraphine Louis (Yolande Moreau) composes paintings by spreading them on the floor and hunkering over them like a child. Which, in many ways, she is.

She’s also cowlike, in her blank response to casual conversation, and a bit like a bear in the way she lurches in her blunt straw hat and trailing shawl through the French village of Senlin, shuttling from one menial job to the next.

A housekeeper and laundress in the years before World War I, Séraphine spends her rare, free daytime hours in the lush countryside, heaving herself up into treetops, or bathing in the river like a large water nymph. Nights are reserved for her naïve but increasingly intense paintings of apples, flowers, explosions of leaves. She sings hymns as she works, a remnant of her childhood being raised by nuns, but also praise for the angels she claims direct her artistic vision.

More a mosaic than a canvas in style, director/co-writer Martin Provost’s fact-based “Séraphine” unfolds in fragments, filling us in with only the most essential details, expecting us to put the pieces together. (The real Séraphine de Senlin lived 1864-1942.)

For instance, it’s easy to think (as Séraphine does) that the lady who visits Wilhelm Uhde (Ulrich Tukur), the German newcomer whose apartment she cleans, must be his girlfriend. She isn’t. In much the same way, Uhde would never guess that the painting he glimpses in his landlady’s parlor could be the work of the greasy-haired woman who scrubs his kitchen floor. 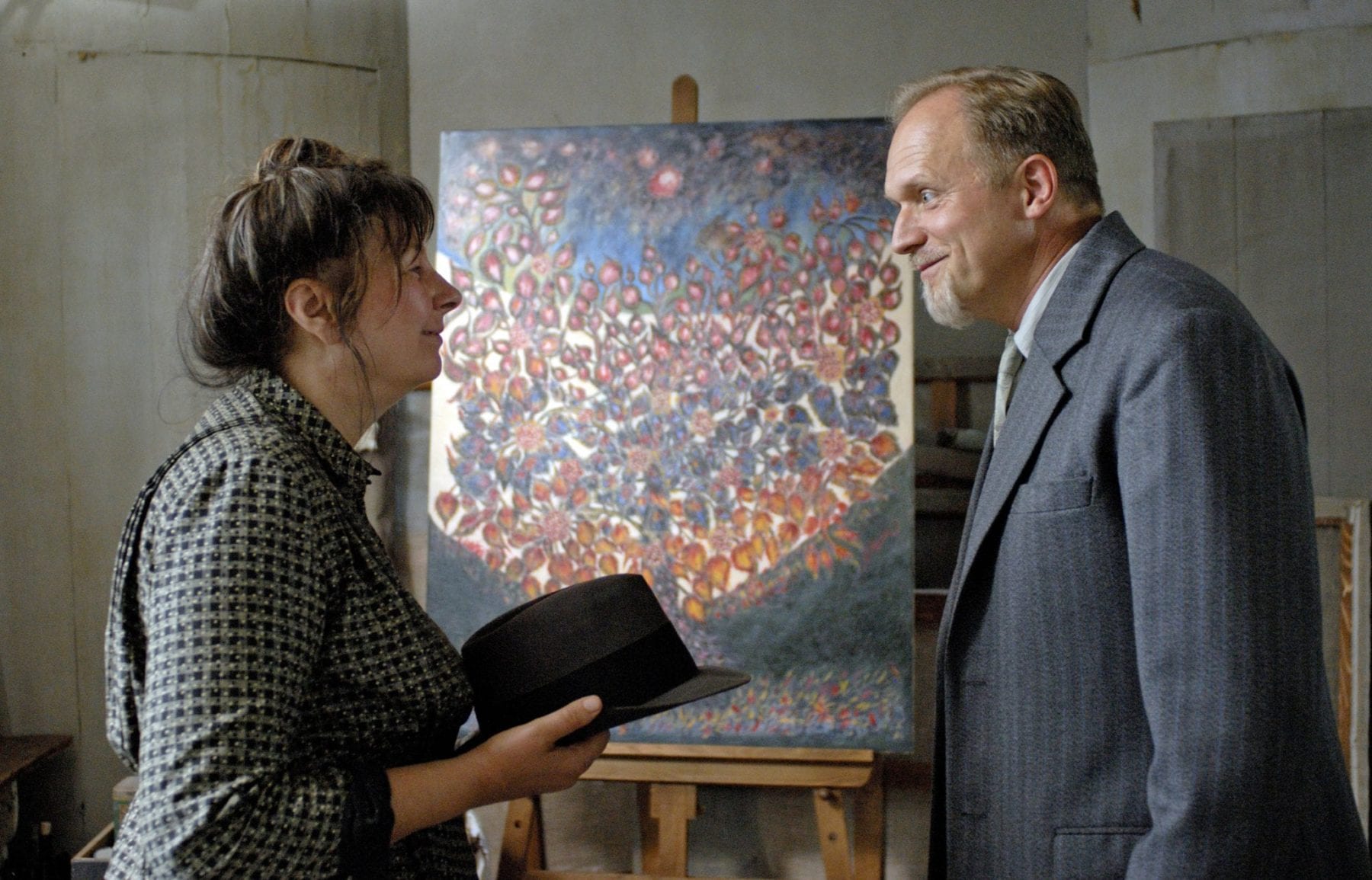 Sweeping last year’s Cesar Awards (France’s version of the Oscars) and racking multiple trophies for Moreau at film festivals, the movie is a lovely character study, a celebration of innate creativity, and also a gentle cautionary fable about the limits of art in the face of indifferent history. (Think WWI, the Great Depression, and possibly our own perilous times.)

As Uhde, Tukur delivers a focused, low-key performance that gallantly clears the way for Moreau, whose Séraphine is a paradox of angelic earthiness, a mix of grave sincerity and clownishness. Long known as a comic actress, Moreau has turned in small but riveting turns in such movies as “Amelie” or, back in 1985, “Vagabond.” (The latter was directed by Agnes Varda, whose latest film, “The Beaches of Agnes,” is set to open on Oct. 9 at Atlanta’s Landmark Midtown Art.)

“Séraphine,” in the last half hour, implicitly equates artistic fervor and madness — yes, that old cliché. But that’s because the facts of Séraphine’s actual biography allow for no alternative. Near the end, before things start to fall apart, Séraphine’s art is likened to van Gogh’s, and you can’t help having an “Uh-oh” moment.

“Séraphine,” the movie itself, recalls Maurice Pialat’s 1991 film “Van Gogh” in its attention to the daily life of an artist and the process of his/her actual work.

Thus we see Séraphine creating a unique color by mixing pilfered blood from a butcher shop with hot wax poured from her church’s votive candles, or scooping pigment from muddy riverbanks. As much as Séraphine gives all the credit for her work to bodiless Spirits On High, the movie itself celebrates the grit and pungency of life here on earth.

A tale that is equal parts triumph and tragedy, with sometimes the two inextricably combined, “Séraphine” gives us a memorable central figure. Like the natural world she adored, she was an artist who burst into bloom only to be cut low by a couple of unexpectedly harsh seasons.

“Séraphine” Directed by Martin Provost. With Yolande Moreau, Ulrich Tukur. In French with English subtitles. 121 min. Unrated. At the Tara.