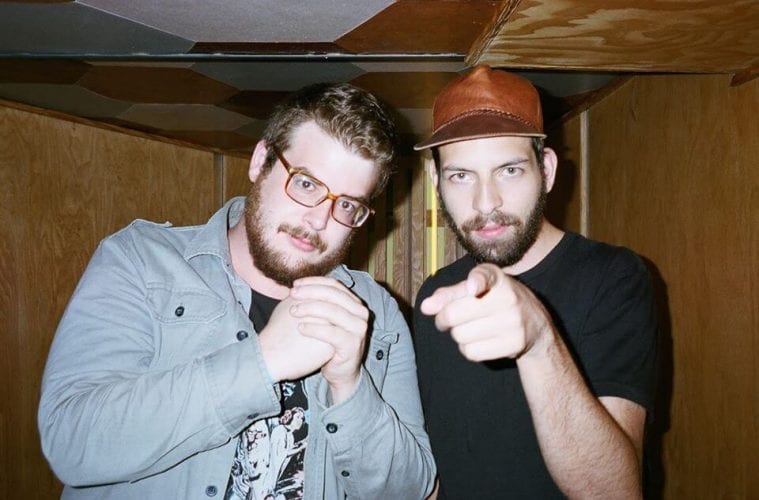 The internet has changed the way we interact with the world around us. We are in an era where we can finally order groceries from the comfort of our couch, avoiding multi-shopping cart pileups on aisle eight in exchange for a short-lived interaction with a delivery person. We’re also in a time where we judge our potential mate before meeting by swiping left. It was only a matter of time before the experience behind an art gallery exhibition went online.

Pablo Gnecco, Christopher Derek Bruno and Travis Broyles explore how technology affects artist-audience interactions through their month-long live-streaming experiment 9to5, which started on September 8. The open-source collaborative space at Georgia State University’s new Creative Media building, The Cube, will host over 20 interactive and media artists in the GSU space and, by remote video broadcasting, New York and Europe.

The livestream, which can be accessed on the group’s website, will broadcast a total of 200+ hours. Artists, chosen through an open call, are assigned allotted amounts of time to participate. Over 100 artists made submissions from 20 countries, including Basix; HolyPager; Streetcat.Media; Bradley Bowers; Mammal Gallery; Us, Aggregated; DRAWN; Node-Body; Dream.Almost.Digital; Office Hours; WWWWWWWWWWWWW.XYZ; Epra; and Sign and T-Rex.

Other components of the experiment include access to a physical gallery with artworks by visiting the space or viewing them online.

9to5 was chosen as the 2016 FIELD EXPERIMENT recipient by the Goat Farm Arts Center and Hambidge Arts Center. The trio received a $20,000 grant, a two-week Hambidge residency and production support for the project.

“Originally we were just thinking of seeing how live streaming could change the collaborative process,” says Broyles. “If an artist is working on a project during a livestream, how could that be impacted by the audience? But it evolved into something different. Now the projects are interactive via livestream.”

9to5 aims at blurring the line about what constitutes an audience — does it matter if they are on-site or online? To test this, they created special developer tools to allows viewers to interact with live projects with the use of buttons, swipes and other features. The artists can use that input to influence or transform their projects in real time.

For example, one of the projects encourages viewers to draw an image and send it to the stream. The drawings appear on an adjacent window for everyone to see. “This month is all about trying to find the coolest uses of those tools,” says Broyles.

“We would love to turn the code of those tools over to anybody that wants them,” says Broyles on the collaborative focus of the project. “Right now, we don’t have an easy way to grab them, but people are welcome to reach out over the course of the month if they have a programming idea or want access to our tools or to see how we’re doing anything. We’re trying to maintain full transparency and be as open source as possible.” Since Friday, 9to5 has hosted a music performance by VAIL, a podcast show by artist Sean Fahie, a 3D VR turf war between ATL artists and NY artists through a project called “DRAWN,” a “Crafty AF” show, a wearable tech educational workshop and more. Upcoming experimental shows are just as unique with dance performances, a meme machine, e-commerce workshop and even a 24-hr hackathon and panel via Google’s Maggie Kane.

“From the artists’ side, we are hosting people in our physical space, and also broadcasting projects outside of our physical space,” says Broyles. “We have an interactive protest sign going up on September 29 in New York. We have a dance performance that is coordinated between three cities — New York, Colombia and Portugal. It will be a synced-up collaborative dance performance.”

Broyles shares that balancing the experiences between the on-site viewer and the remote viewer can be difficult, but in the end, they are meant to have vastly different interactions with the project’s work.

“Chances are, if you come to the space physically, you become part of what’s being streamed,” says Broyles. “Additionally, we have a couple pieces that you can only truly experience if you’re in the physical space. But to your point, yeah, it’s kind of a hard call to action that we’ve had to juggle, because we want people in the physical space, especially if they’re in Atlanta, to come and use these things and watch these programs in person.”

“The flip side of that is the stream has all these components that you can’t experience if you’re on-site. You can’t alter the final archive video, you can’t add your custom elements to the screen and see them appear. Both are great experiences, with the livestream being a priority.”

By concentrating on the livestream, 9to5 is making artists’ work more accessible while encouraging inclusion of anyone with an internet connection — reducing the barrier of entry into Atlanta’s arts scene locally and globally.

“I kind of love that you don’t have to go anywhere to do it and hopefully have an experience that is more exciting than the last ten gallery openings you’ve been to. You can tune in when you can,” says Broyles. “It’s an awesome experiment by taking these sensibilities and trying to make something perfect that is inherently going to not be, because it’s live streaming and anything that can go wrong will go wrong. I think that’s also an interesting challenge for us.”

Broyles, Gnecco and Bruno hope to continue exploring new media tools as they pop up and stretch it as far as possible. Broyles is looking forward to Kevin Siwoff’s Basix project, an e-commerce performance art piece where he unboxes Amazon packages, on September 18. Tune in on your desktop before then to catch various performances and shows throughout the day.