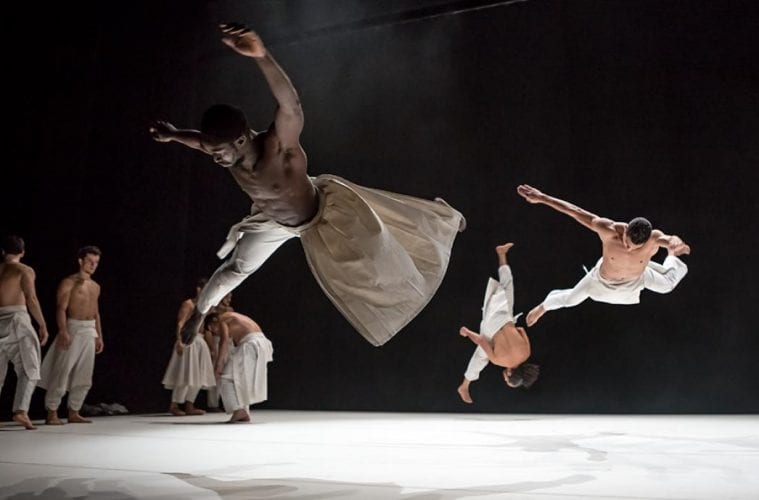 Care to dance? For whatever reason, dance events always seem to proliferate in February in Atlanta. Great dance events naturally top our to-do list this month.

Renowned choreographer Hervé Koubi’s company arrives in Atlanta for the first time to perform at Georgia State’s Rialto Center for the Arts on February 17. The 17-member, all-male dance company consists of street dancers that the French choreographer recruited on a journey to Algeria. (Koubi’s own parents kept his Algerian heritage hidden from him for most of his early life, and he now refers to the dancers as his “found brothers.”) The company performs its critically acclaimed piece Ce que le jour doit à la nuit. The Washington Post called the work “a stunning fusion of acrobatics, gymnastics, b-boying, modern dance and ballet.”

The Atlanta Ballet’s new artistic director Gennadi Nedvigin promised a return to the rigors and discipline of classical ballet, and here they are. Though this is technically his second season at the helm, the upcoming production of Don Quixote will be a moment of truth, the first chance for audiences to truly get a sense of the new company as Nedvigin envisions it, as the production is the first full classical story ballet created for the new company entirely under his direction. The production features choreography by Nedvigin’s longtime collaborator at San Francisco Ballet Yuri Possokhov. The production will also be accompanied by performances of the Atlanta Ballet’s new second company of young dancers at the Cobb Energy Performing Arts Centre, February 8–11, in a kid-friendly production of Beauty and the Beast choreographed by Bruce Wells. It’s exciting to get the chance to hear acclaimed mezzo-soprano and Met star Stephanie Blythe sing anything, but Atlanta audiences will have the chance to hear her make her role debut as the Marquise in Donizetti’s classic comedy La Fille du régiment when she takes on the role for the first time in the upcoming Atlanta Opera production. Andriana Chuchman will make her Atlanta debut as Marie, the adopted, unschooled daughter of the French 21st regiment. Santiago Ballerini, an alum of The Atlanta Opera Studio, returns to Atlanta as Tonio. (Atlanta audiences will remember that during his tenure in the Studio program, he triumphantly covered the role of Ernesto in Don Pasquale when lead Ji-Min Park fell ill. His career has since taken off, with performances at the Met and Tetaro Colón in Buenos Aires). The production marks the first time the opera itself will be performed at the Cobb Energy Centre, and the first presentation in Atlanta since 1985.

Dogs may be man’s best friend, but cats are definitely man’s coolest friend. Glamorous, diffident, needy, unpredictable — you can never be entirely sure whether or not they really like you. In February, there’ll be no better place to contemplate mankind’s longtime dysfunctional relationship with felinity than at Emory’s Carlos Museum, which will host Divine Felines: Cats of Ancient Egypt, an exhibition of more than 90 objects from the ancient Egyptian collections of the Brooklyn Museum and the Carlos exploring wild and domestic cats and dogs, feline and canine deities, animal burial practices and luxury items decorated with feline and canine features.