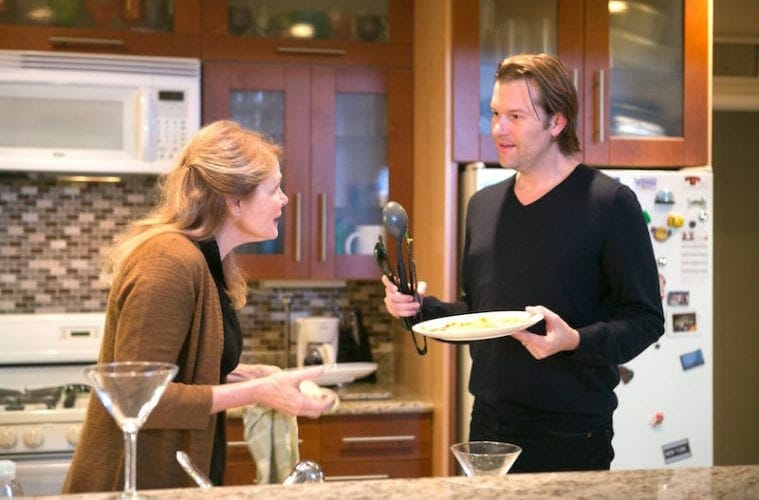 Chad Darnell and Helen Shaver in a scene from the film "Birthday Cake" (2013), which Darnell wrote, directed and acted in.

Chad Darnell was in the midst of one of the best periods of his life. He had just finished directing the biggest film of his career, the thriller The Undertaker’s Wife, had several projects in development and was casting several movies and TV series. Then, within a few weeks, the writer, producer, director, casting director and actor went from having his hands in all sorts of jars to being unemployed.

Because of Covid-19, Darnell’s industry is very much up in the air. All of his upcoming projects are in limbo, including Florida Girls, the Savannah-filmed Pop TV series that was about to start its second season. While he’s largely able to do casting from Atlanta, he has to be in Savannah for that project. 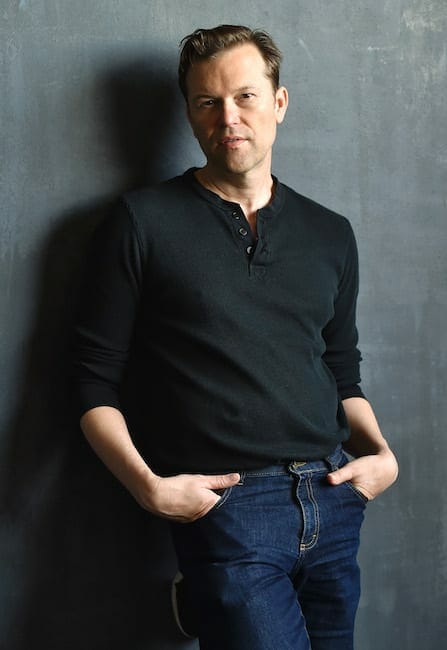 Chad Darnell grew up in Norcross and acted in Atlanta theater before moving to Los Angeles in 2000.

Darnell’s game plan in February was to return home from Los Angeles and, later, return to Los Angeles for three weeks of editing. “And then,” he says, “everything just stopped.”

By March 16 he was social distancing from his Midtown apartment, rarely leaving the house and trying to make sense of everything. What he envisioned as a stoppage of a few weeks has turned into an indeterminable amount of time. It hasn’t been the spring he envisioned, but he’s found a way to stay busy and stay positive.

He’s unemployed. He’s been rejected for unemployment benefits but feels lucky because The Undertaker’s Wife and Florida Girls have paid him. Financially, he’s OK for now. “I’m surprised I have not gone full werewolf,” he says, calling adrenaline his ally, “but because I’m excited about this being a big time for me, I immediately had to go into survival mode. I know a lot of friends who are freaking out because of money and opportunities. I had to find a way to take advantage of the time.”

He’s used it to oversee editing on The Undertaker’s Wife — albeit from his home. “It’s not the way I like to work,” he says. “It was terrifying the first time, to get a link and have someone say ‘This is your film’ and not be able to watch it in the cocoon of an editing suite.” But  once the sound is mixed and completed, he can shop the film to potential distributors. 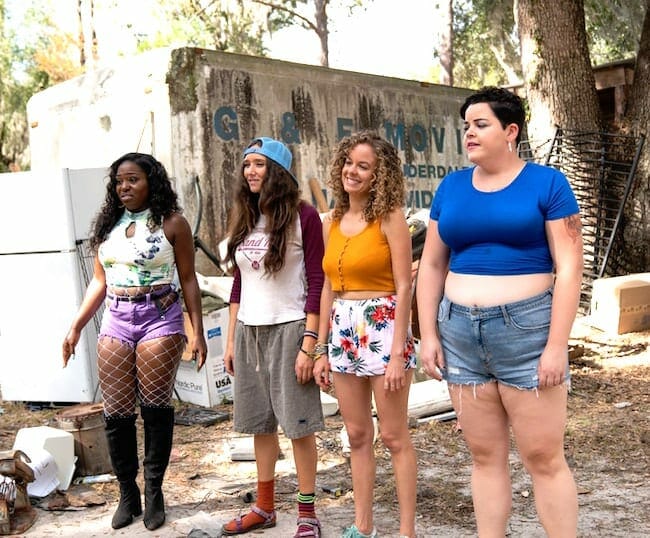 Darnell grew up in Norcross and acted in Atlanta theater before moving to Los Angeles in 2000 with an eye on acting and directing. He found steady work in casting, however, doing almost 100 projects, including the TV series Alias and Crossing Jordan. After he wrote and directed his first feature film — Birthday Cake (2013) — he moved back to Georgia to make more movies, splitting his time between here and Savannah.

What he didn’t anticipate is that he’d get heavily involved in casting again, having his hand in such films such as Selma (2014) and Magic Mike XXL (2015) and working closely with the Savannah Regional Film Commission.

Darnell has used the past two months to finish the script for a thriller called The Intelligent. “We’ve been vetting actors,” he says, “and trying to figure out filming and safety protocols. It’s got a small cast. I had to Covid-clean the script, with moments of intimacy instead of touching. Maybe this movie will be a time capsule — this is how you had to shoot a movie in a pandemic.”