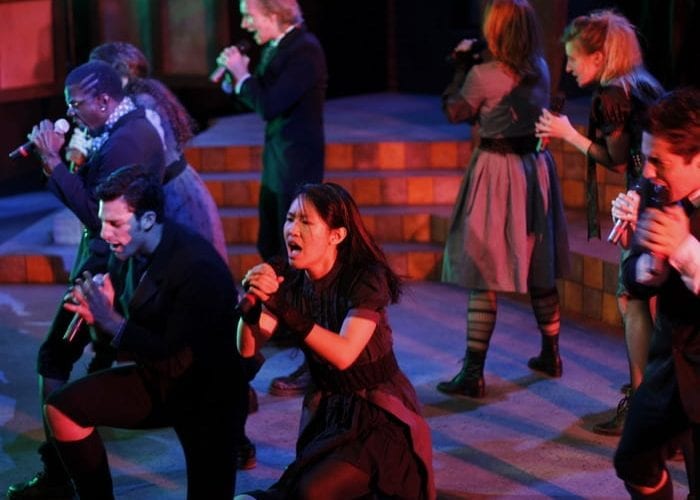 Suzi Awards, Atlanta’s Tonys, a night of shoo-ins and surprises

In an evening of both predictable winners and surprising selections, the Suzi Awards waited until the final prize to toss its most notable curve ball. Although Aurora Theatre’s “Clyde ‘n Bonnie: A Folktale” led the ceremony with the most wins and seemed likely to capture the grand prize, Actor’s Express’ rock opera “Spring Awakening” received the coveted award for Best Musical, its only win of the night. 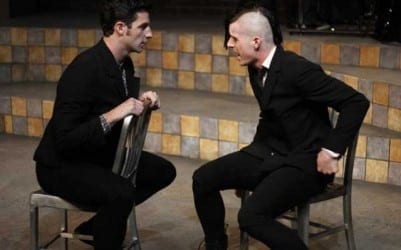 Freddie Ashley of Actor’s Express, who directed “Spring Awakening,” was quick to praise his young ensemble cast as he accepted the top award. It is the first time the theater has won a Best Musical trophy.

“Clyde ‘n Bonnie: A Folktale” won six awards, including Best Director (Lonny Price), Best World Premiere, Best Featured Actress in a Musical (Karen Howell) and Best Featured Actor in a Musical (Bryant Smith). Aurora’s Ann-Carol Pence, who won for Best Music Direction for “Clyde ‘n Bonnie,” called the experience of staging the new musical a “trajectory-changing one” for the theater, which enjoyed its highest attendance ever with the production.

“Red,” Theatrical Outfit’s drama about artist Mark Rothko, won the Best Play award, a first in that theater’s history. Jimi Kocina took home the Best Featured Actor in a Play award for his role in “Red,” but in something of a surprise, the play’s lead actor, Tom Key, lost out for Best Actor to Mark Kincaid in Serenbe Playhouse’s “Shipwrecked: An Entertainment.” In accepting his award, Kincaid quipped that now he could “hold my head up higher in my house.” Kincaid’s wife, actress Tess Malis Kincaid, earlier won her third straight Best Actress in a Play award for her work in the Alliance Theatre’s “Broke,” besting a field that included Mary Lynn Owen in Georgia Shakespeare’s “The Glass Menagerie.” Kincaid previously won in 2010 for “Good Boys and True” at Actor’s Express and last year for “August: Osage County” at the Alliance.

Ingrid Cole won Best Actress in a Musical for her work in Atlanta Lyric Theatre’s “Gypsy,” while Stephen Mitchell Brown, in another surprise, was named Best Actor in a Musical for his role in Legacy Theatre’s “Jane Eyre: The Musical,” against higher-profile competition from Jordan Craig in “Spring Awakening” and J.C. Long in “Clyde ‘n Bonnie.” Brown cited the confidence he got from working with Legacy for accelerating his career; he will make his Broadway debut in April.

Bethany Anne Lind took home her third Suzi, this time as Best Featured Actress in a Play for “The Glass Menagerie,” while Richard Garner, artistic director of Georgia Shakespeare, won his first Suzi Award, as Best Director of a Play for the summer’s “Much Ado About Nothing.”

Ensemble awards for Best Musical and Best Play went, respectively, to the cast of Atlanta Lyric Theatre’s “Ain’t Misbehavin’ ” and the Alliance Theatre for “The Fairytale Lives of Russian Girls.” 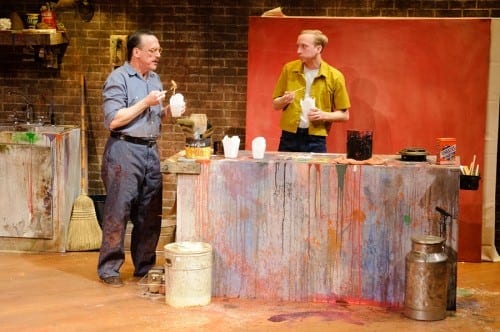 A special “Spirit of Suzi” citation was given to Theatre in the Square, which closed in the spring after 30 years. The Marietta theater’s co-founder and artistic director, Palmer Wells, accepted it. The award is special to him for several reasons, one being that Suzi Bass’ last performance was at Theatre in the Square. Wells lamented the loss of the theater but noted that lots of quality work is going on locally. “Keep it strong and keep it going,” he advised. (A new theater has just opened in Theatre in the Square’s former digs.)

Other honors included the Audience Award for Best Theater Season to Aurora Theatre; the Gene-Gabriel Moore Playwriting Award to Janece Shaffer for “Broke”; and the Lifetime Achievement Award to Anne Carole Butler of the New American Shakespeare Tavern, who has designed costumes for every Shakespeare Tavern play in her 20-plus-year career. The Suzis also remembered Susan Weiner of the Georgia Council for the Arts, True Colors Theatre Company co-founder Jane Bishop and performer Vincenzo Tortorici, all of whom died during the last theater season.

In all, the Alliance Theatre topped the awards with eight wins: two for “Broke,” two for “The Fairytale Lives of Russian Girls,” two for “Ghost Brothers of Darkland County” and one each for “Into the Woods” and “I Just Stopped By to See the Man.”