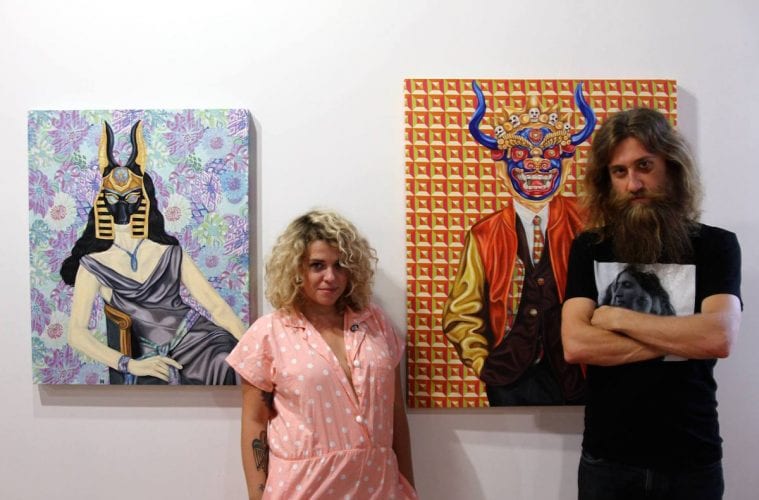 An art collective by day and a pack of roaming animals by night, Deer Bear Wolf has made great strides in aggregating Atlanta’s art community and culture since its inception.

When Deer Bear Wolf was founded in May 2014, Atlanta’s arts scene was diffused and disorganized. Over the last two years, through various types of programming, Deer Bear Wolf has curated “experiences” for locals rather than simply events. Through programming like the annual Phoenix Festival, the variety-show Natural Selection, and the reading series Transgression, the organization has managed to bring together artists, musicians and authors who may never have had the opportunity to meet otherwise.

Despite the success that Deer Bear Wolf has found in the last couple of years, the organization’s founders have decided to take Deer Bear Wolf in a new direction and transition to a nonprofit. Through this initiative, Deer Bear Wolf plans to move away from a focus on marketing and consumer goods in order to function more as a support system in the arts community. 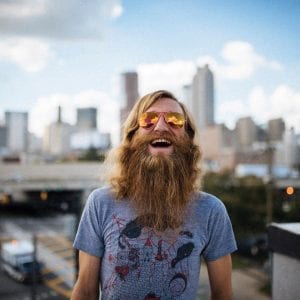 Deer Bear Wolf’s co-founder, soon-to-be president and, of course, pack leader, Davy Minor, believes this is important timing for this type of transition. “Over the last couple of years, it feels like something special is happening in this city and we want to keep that momentum going,” Minor said. “It’s an opportunity to figure out how else can we keep this ball rolling.”

Similarly, Elizabeth Jarrett, the new executive director and host of Natural Selection, sees Deer Bear Wolf entering a new phase of evolution. “We’re all growing up a little bit. Not only us, but the artists we’ve been collaborating with, too,” she said. “How can we actually make this something that we can keep working at for as long as we can?”

First on the list is creating a grant program for local musicians. “Through the nonprofit, we hope that we can offer something that isn’t being offered right now for musicians in the city, which is some financial support when creating their independent music,” Jarrett said. “I think another thing we want to offer is resources.” Minor has noticed that unlike the arts and literary worlds in Atlanta, the music world lacks programming and grants.

On June 14, Deer Bear Wolf hosted an open information session for local musicians to start a conversation about a grant program in Atlanta. Jarrett said, “We wanted to kind of get a big picture of what musicians were looking for and what they needed help with with a grant like this.”

This session was the first of many to come. “I think we’re going to have a lot more discussions with the community as we build this program. We want everyone who wants to be part of the conversation to have a voice in what we’re doing,” Minor said.

Any type of change presents challenges and Deer Bear Wolf’s transition to the nonprofit sphere is no exception. For Deer Bear Wolf one of the greatest challenges in this new phase (aside from all the paperwork) is coming up with a structure that is, according to Jarrett, “formulaic.” Minor envisions Deer Bear Wolf continuing well beyond his involvement. “That’s why we’re being really careful with how we put together the structure so that it can be something that can be passed on to different people over time.”

As a part of this change in structure, Deer Bear Wolf hopes to see new faces curating some of the events and programming. “Maybe somebody who hasn’t had experience curating but is really interested in it can come and curate a year of music with Deer Bear Wolf,” Jarrett said. “That way they have some sort of power within the company without having to run a company.” Through these types of changes Deer Bear Wolf is hoping to make this new model fit into the community. 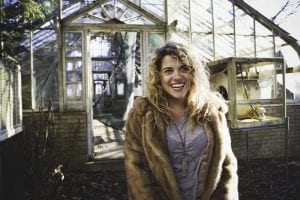 Minor, Jarrett and the rest of Deer Bear Wolf are taking their time with this transition. “We want to make sure we do everything right and so it’s a been a lot studying,” Minor said, including working with Georgia Lawyers for the Arts. “We are taking stock and figuring out what programs we want to start as soon as we get moving in that direction, which will be pretty soon.”

Deer Bear Wolf hopes to launch new programming by the end of the year.

As with all other Deer Bear Wolf initiatives, this change in direction should only enhance the organization’s ability to celebrate and support the arts scene in Atlanta. “It’s really strange to just do something that you really love doing, but to have other people perceive it as a powerful thing,” Jarrett said. “If I am able to do these things and have these resources, how can I use those and distribute those back into the community and use the powers for good?”

Deer Bear Wolf is open to many possibilities for the future. “I think from the very beginning, I had never really had some sort of end goal,” Minor said. “A lot of this is very experimental and sometimes we’ll do something and figure out it doesn’t work and try something else, so I think for all of us the main goal is just to do rad things.”

When Deer Bear Wolf resurfaces from this moment of transition, there should be no shortage of “rad things” to come.