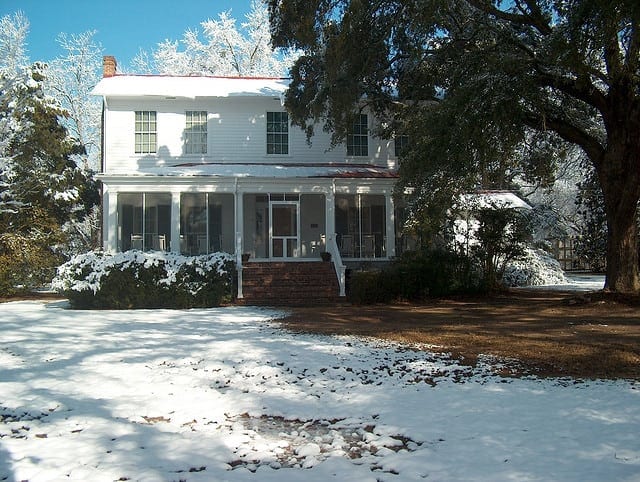 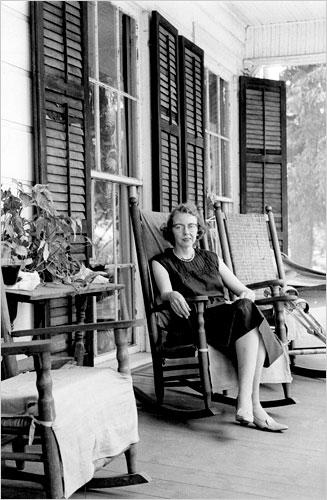 Flannery O’Connor at home in Andalusia.

Georgia author Flannery O’Connor, who penned such American classics as A Good Man Is Hard to Find, is enjoying a posthumous banner year.

Coinciding with the 50th anniversary of her death are the publication of A Prayer Journal, the devout Roman Catholic’s meditations on faith, and a revival of Andalusia Historic Site, her family home in Milledgeville, led by newly installed director Elizabeth Wylie. The onset of lupus forced Mary Flannery O’Connor to return to the rolling hills, pastures and forests of the 544-acre dairy farm in 1951. It was there, during the 13 years before her death at 39, that she completed four books: A Good Man Is Hard to Find (1955), Wise Blood (1952), The Violent Bear It Away (1960) and Everything That Rises Must Converge, which was published posthumously in 1965. The Complete Stories of Flannery O’Connor, a compilation of all of her short stories, won the National Book Award for fiction in 1972.

After O’Connor’s death, the place continued to operate as a farm, but her mother, Regina Cline O’Connor, closed up the main house and moved to Atlanta. Regina, who died in 1995, bequeathed Andalusia to Flannery’s first cousins, Margaret Florencourt Mann and Louise Florencourt, who, in 2001, established the Flannery O’Connor – Andalusia Foundation.

The private nonprofit runs on a $225,000 annual operating budget, funded primarily by individual donations. Its goal is to educate the public about O’Connor’s literary achievements and restore the farm and structures. Craig Amason, Andalusia’s first executive director, restored the cow barn, the hill house, the milk processing shed, the water tower and the pump house during his 11-year tenure. 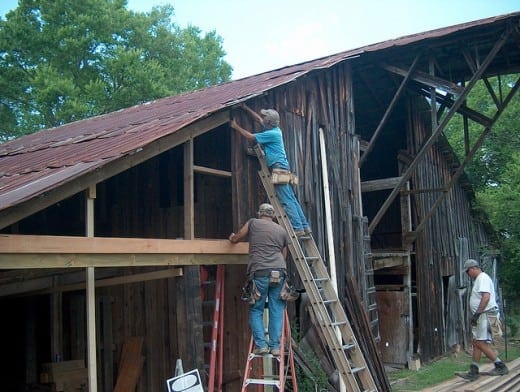 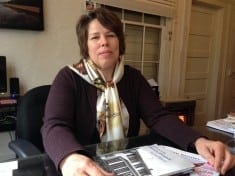 Wylie, who took over in January, aims to continue Amason’s work, and then some. A native Oklahoman who has spent the past three decades in the northeast corridor, Wylie exudes a warm enthusiasm for middle Georgia. She has an extensive background in art history, environmental sustainability and museum studies, and sees great potential in the wide-open spaces of the farm. “For me, the exciting part of my work at Andalusia is the chance to remember and discover the life ways that were part and parcel of a Middle Georgia dairy farm in the late 1950s and early 1960s,” she says.

Wylie will archive items belonging to the O’Connor family that haven’t been touched in some 40 years. Under the stairs of the main house, a small room housed antique supplies, jars and cans. Wylie says she will also archive the items in a tack room and saddle that O’Connor may have used to ride her horses.

Her first exterior project is to restore the backyard of the main house. She began by removing a 40-foot water oak whose roots threatened the house’s foundation. “Now that the tree is gone and the healing has begun, we can start to envision the backyard as it was,” she says. 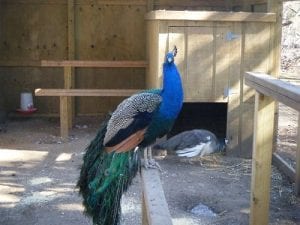 Using old photographs and O’Connor’s 1961 essay “The King of Birds” as guides, she will reconstruct the yard’s layout, planting heirloom roses, fruits and vegetables as well as a fig tree. Wylie will continue to honor O’Connor’s love of birds (the author owned as many as 50 peafowl) by keeping peacocks and peahens in the aviary behind the main house.

Programming will increase as well. Wylie recently helped launch the Andalusia Sewing Club, which will meet in the dining room, and she has designated two newly painted rooms in the main house as galleries for local artists. She has already joined forces with the local community. Soon after her arrival, she met Leon Johnson, an educator/artist/chef who is the Martha Daniel Newell Visiting Distinguished Scholar at nearby Georgia College.

“Elizabeth has launched an inclusive, spirited and inventive reimagining,” he says. “The degree to which the work at Andalusia might now be perceived as useful, or compelling is based on our tactics for inclusivity, so we are engaging farmers, urban gardeners, bakers, ceramicists, metal smiths, wood workers and hunters.”

In February, Johnson and Hong Kong chef Jonathon Kung prepared an elaborate farm-to-table meal in Andalusia’s 1940s kitchen and served the meal in ceramic plates and bowls made by students and faculty from Georgia College. Johnson’s seminar students will inaugurate the new gallery space with an exhibition, Taken Aback: The Uncanny, in May.

In the long term, Wylie intends to establish an artists’ colony and construct an outdoor amphitheater for concerts and plays, and hopes to make use of the farm’s pastures, ponds, creeks and forest for children’s summer camps. “Flannery was a very social person,” Wylie says. “[Andalusia] should be a place for community-building.”

Andalusia is open to self-guided walking tours on Monday, Tuesday, Thursday, Friday and Saturday from 10 a.m. to 4 p.m. There is a suggested donation of $5 per person.