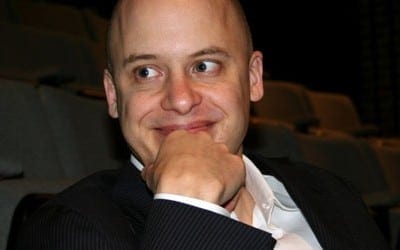 Decatur Book Festival preview: A chat with Lev Grossman about his fantasy novel “The Magicians”

A young man leaves his humdrum life in the real world to enroll in a school for magicians, where he learns spell casting and has many adventures. But the protagonist of Lev Grossman’s fantasy novel “The Magicians” enjoys drugs and sex and carries a jaded, disaffected attitude that is the very antithesis of Harry Potter. Quentin Coldwater is sometimes more like Holden Caulfield with superpowers, which, when you think about it, is a pretty scary proposition.

“The Magicians” is the latest you-gotta-read-this, pass-around book for fantasy fans who want something a little edgier than the popular young adult titles. And Grossman is now writing the sequel in what is projected as a trilogy. 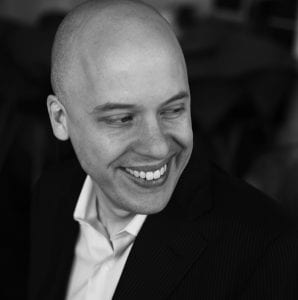 Grossman, who’s also the book critic for Time magazine (he did the recent cover story on Jonathan Franzen), will appear Sunday, September 5, at the Decatur Book Festival (at 2:30 p.m. at Decatur First Baptist Church) to talk about “The Magicians.” Here is an edited version of a recent conversation we had with him.

Phil Kloer: You recently wrote on your blog: “Currently I am working full time, plus writing the sequel to ‘The Magicians,’ and doing night feedings for a 5-week-old baby.” Has life gotten any easier?

Lev Grossman: People say the first six weeks with a newborn are the hardest. But I’m 41; I’m too old for this. When you’re writing fiction you want to feel like you have every single neuron in the game, but these days I don’t always feel that way. If I can, I like to write first thing in the morning. For some reason, things go better that way.

Grossman: Actually this is my fourth novel, although I do not always cop to my first novel, which was a very small affair. That novel is called “Warped.” It doesn’t appear on my “other works by” page. I think it’s been expunged from history, although unfortunately not from Amazon, where you can still find it.

Kloer: Does writing novels get easier or harder? 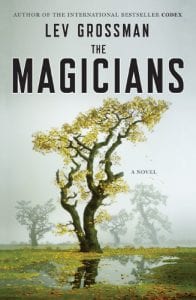 Grossman: Two things are easier. I’m experienced. When I write a novel, I plan things, and then the plan completely falls apart. The first few times that happened, I panicked, I freaked out. So I know not to panic when that happens. The other thing that’s good is this is the first novel I have written for a contract. When I spent four years writing “The Magicians,” I did that with no guarantee that anyone would publish it. This is the first time a publisher has offered me money and acceptance in advance, which just changes you psychologically.

Kloer: When you started “The Magicians,” did you see it as a trilogy?

Grossman: No, that never occurred to me. I felt as though it had ended sufficiently. I didn’t feel like I had to go on with it. But I had an idea I really liked. The tentative plan is to do a trilogy. In retrospect it will dovetail very neatly.

Kloer: What level of fandom are you getting for “The Magicians?” I imagine this is a book people read and care about, contact you, talk to each other, wear the T-shirt, etc.

Grossman: It’s really gratifying. I get a lot of mail from people who feel as though the book fit into a slot in their souls that was previously unfilled. That was 98 percent of the reason for doing it in the first place. At a reading in Portland, a guy showed up in a Brakebills T-shirt [Grossman’s very different version of Potter’s Hogwarts School], which I had never seen before. I went through the looking glass at that point. And there’s fan fiction. That feels pretty amazing.

Kloer: I read “The Magicians” on my Kindle and loved it, so I tried to download your second novel, “The Codex,” but it wasn’t available on Kindle. What the hell is up with that?

Grossman: Is that right? That’s weird. This is news to me. “Codex” was a different publisher. It surprises me they wouldn’t put it out there. This is the most horrible thing I could say, but I’m prouder of “The Magicians” than I am of “The Codex.” “The Magicians” was a turning point for me. The cliché applies: I found my voice. 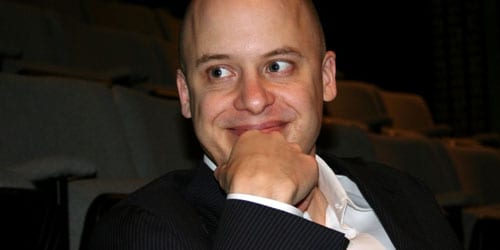