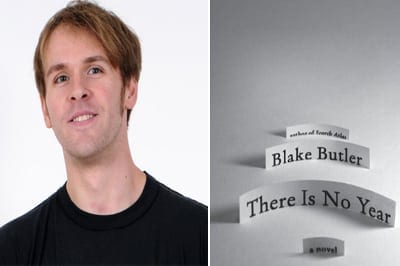 Decatur Book Festival: Blake Butler’s “There Is No Year” turns the novel on its head

“There Is No Year”

As part of the Decatur Book Festival, Blake Butler will take part in a panel discussion, “Not Your Father’s Fiction,” at 10 a.m. Saturday, September 3, at Decatur High School, 310 North McDonough Street.

Let’s call Atlanta writer Blake Butler “the novelist.” Let’s call his funky new novel, “There Is No Year,” “the novel.” In the novel, the novelist — who has published the dystopian novels “Ever” and “Scorch Atlas” with fringe presses and a hundred-odd stories in small literary journals — plays with the proposition of not naming his characters and generally giving the boot to reality.

There are a father, mother and son in this novel. They move into a new house. They experience the house’s peculiarities; for instance, a “copy family” that is an exact replica of theirs, which they try to get rid of. They try to get their new home hooked up with all the amenities: “Usually the cable’s crap connection delivered all the channels with a rind of fuzz… The cable company had sent several repairmen with no success. Several of the men had fallen off the roof, cracked bones or bruises. One of the men had lost his thumb.”

In short, disjointed scenes, the family goes about the business of suburban living — cleaning a swarm of caterpillars out of a mailbox, trying to make a lawn mower run, watching a lot of television. Warped by the novelist’s push and pull, these incidents become grotesque caricatures of American life. 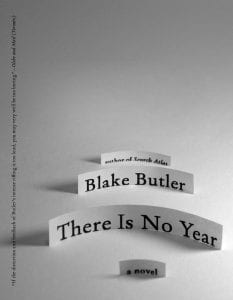 The characters’ erased identities create another level of anxiety in the reader. A foreboding builds that something terrible is about to befall these vulnerable, anonymous people, untethered to names. And suffer they do, from both unusual and more common predicaments. The son in the past has been ravaged by a rare disease that requires everything he touches to be burned. The father urges the mother to destroy his old clothes and toothbrushes but secretly wants to touch these things of his son’s himself.

In bed, however, “The father did not try to touch [the mother] — he knew better — but still he kept his body flexed.” In apparent connection to the father’s existential malaise, his lack of sex life and other sources of weariness, the novelist names 10 magazines the father orders for delivery to his newly cleaned mailbox:

“4. The Father Life: The Men’s Magazine for Dads

“5. [THIS MAGAZINE DOES NOT HAVE A NAME]

The novelist is obviously bored, as he has reason to be, with the way novels have been written for the last two or three centuries. He has taken the liberty to make changes, as writers have been doing since the early days of modernism. Straightforward narrative, the “and then, and then” of realistic fiction, has been disposed of. Images and themes repeat: ants, eggs, a variety of forms of hair, surrealistic visions of some probable meaning. The expected lengths and forms of chapters are severely distorted. Some chapters are only a paragraph long, and some pages bear only a few stanzas of text as lean as poetry.

Chapter titles have been injected with more personality than usual in a literary novel: “SOFT!” and “ANOTHER FUCKING BOX” and “THE MOST FREQUENTLY PLAYED SONG ON THE SON’S COMPUTER BEFORE THE SON ERASED THE CONTENTS OF THE HARD DRIVE AND BURNED IT AND BURIED THE COMPUTER IN THE WOODS.” The novelist has even messed with the normal sincerity of the dedication page: “For no one,” it says. He has inserted fuzzy black-and-white photographs of mostly indistinct scenes and objects within the text, and the novel’s pages are tinted different shades, from bright white to dingy, granular gray. 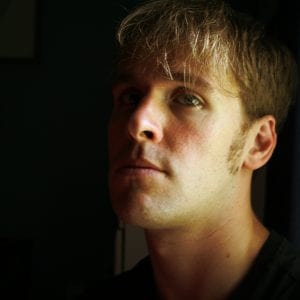 The big publishing house has taken an admirable chance in doing things differently by producing a paperback book in an oversize square format that resembles a textbook more than a novel. It has placed on the front cover a quote from the Toronto Globe and Mail, slightly mocking the potential literal-minded reader: “If the distortion and feedback of Butler’s intense riffing is too loud, you may very well be too boring.” They have a point.

But why is it that we prefer the conventional story? Why are our minds so insistent on narrative flow? On a coherent framework of time and meaning? Why is it that, although I might admire Butler’s literary experiment for its formal innovations, his startling sentences and even the conundrums of such images as a car’s transmission drawing birds out of the sky and sucking them in to use as fuel, I would not be able to read many novels like this one? “There Is No Year” in parts can be gripping and stunning, but as a whole it is a twisted, gleaming pile of metal. It is not a car; it cannot take the reader anywhere but into its own interstices.

Perhaps because novels are inevitably about human beings — or some kind of sentient emotional being — they have the least capacity for abstraction. When Butler writes a story that’s purely suggestive, imagistic, seemingly improvisational, he pushes back the limits of narrative, smashes the fencing around the novel. He does well in hacking away the clichés and sentimentality that invariably creep into realism. Perhaps the best thing experimentalists such as Butler can do is to collectively exert enough force to shove the old juggernaut of fiction an inch forward, an inch off its track, bringing about an iota of change to make it a freer enterprise.

(Photo of author by Morgan Kendall)