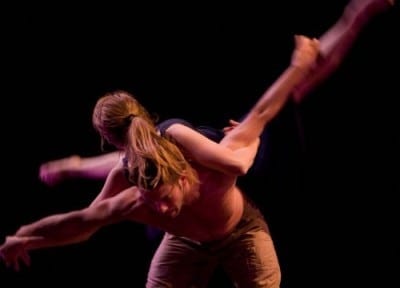 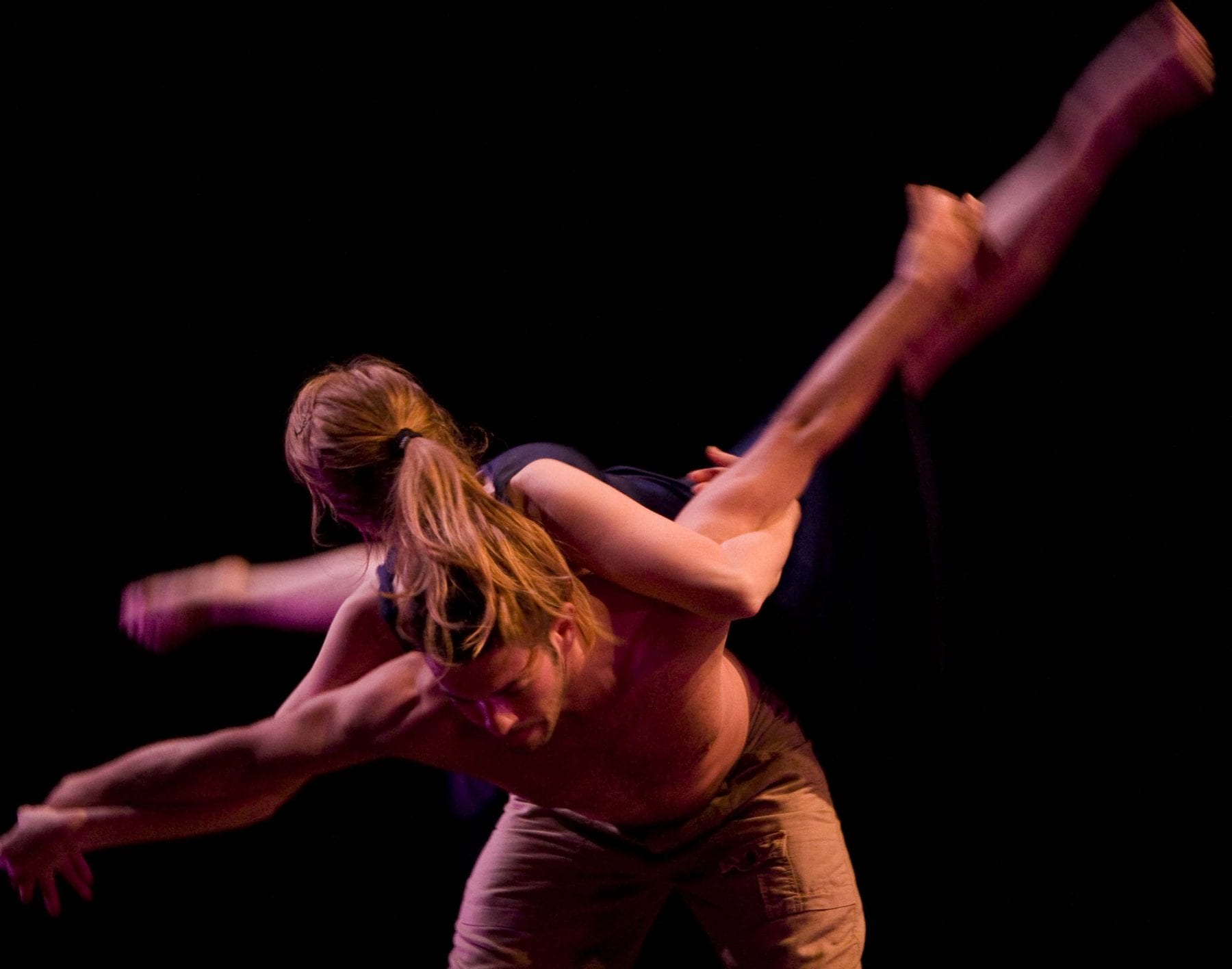 After a crackling conversation on collaboration, SIDEWAYS Contemporary Dance Company performed sections from Charlotte Foster’s “Coexist.” Later, despite DJ Curt Jackson’s high expectations for the crowd, no one got down on the dance floor — they were too busy networking.

Horn has already set the conversation in motion with her blog, Atlanta Dances, set to become a full Web site later this spring. For this story, Horn recapped for me the panelists’ points of view. 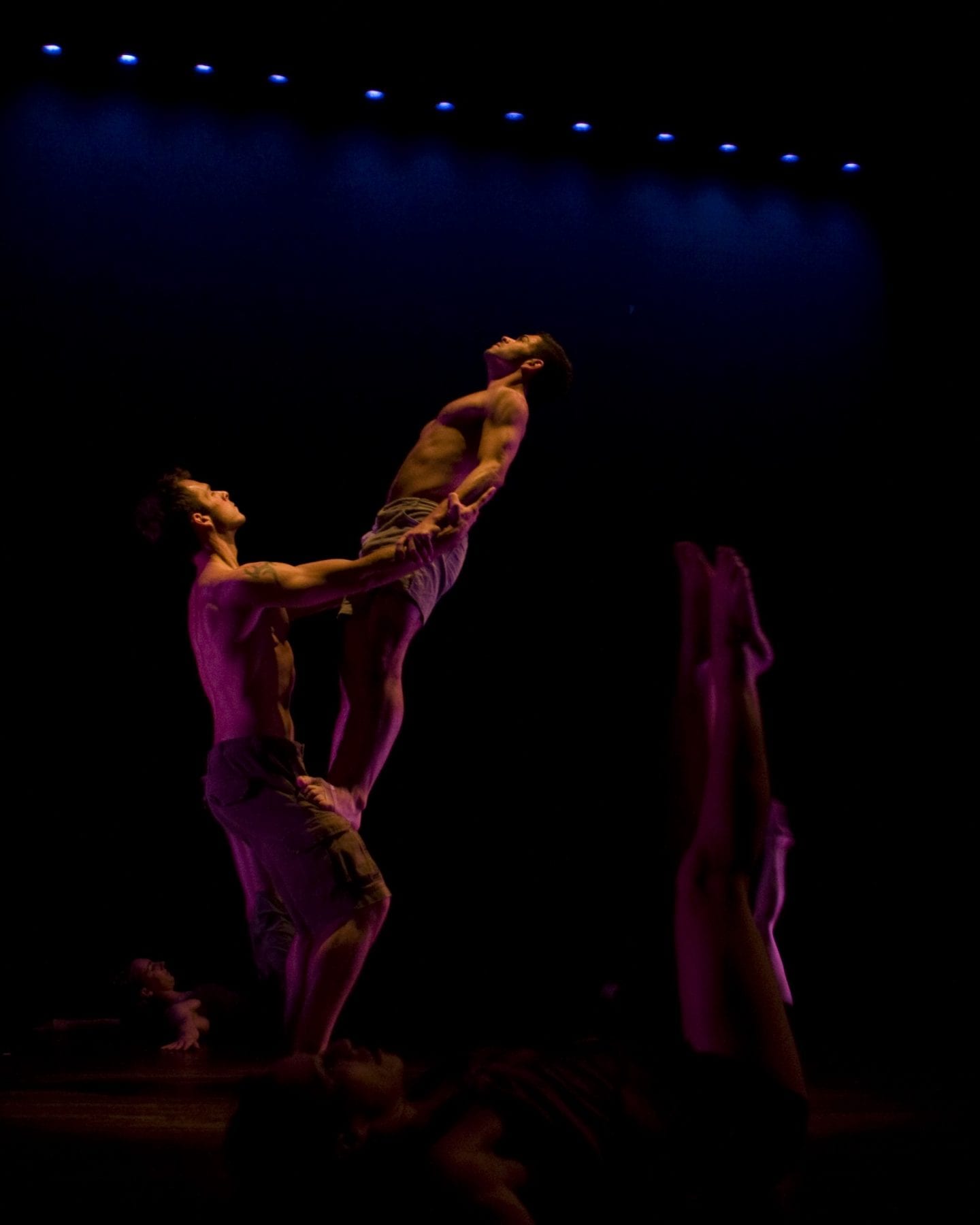 Kent compared collaboration to Pilobolus’ unique ways of partnering, which are based on complete trust. “If I mess up, I might break your neck,” Kent said, but you have to be “all in” for the choreography to work. “Unlike contact improv or other types of collaboration, this kind involves a giving up of personal control to the hands of your partners both in partnering and in creation.” Sometimes, Kent added, it isn’t nice, pretty or fun, but you find things you don’t know are there otherwise. 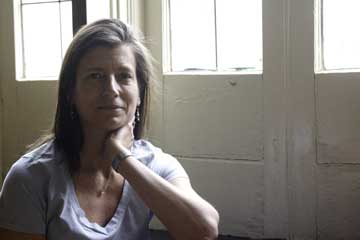 Schroeder, who spearheaded the Atlanta Dance Initiative in the early 1990s, collaborates with company members, incorporating dancer-generated material into her choreography. She is also working in partnership with contemporary German composer Christian Meyer on “The Point,” an evening-length work influenced by conceptual artist Sol LeWitt’s bold, minimalist wall drawings and by avant-garde novelist Raymond Federman’s work. (Photo of Schroeder, above, by R. Clayton McKee.)

“Sue agreed you give up control in collaboration to find things that you couldn’t do alone,” Horn said. “You commit to the process with a group of people and, rather than making compromises necessarily, it’s more of keeping at it until you find the purest form together.”

Horn also shared a few of John McFall’s ideas. McFall has orchestrated several of Atlanta Ballet’s highly charged, large-scale collaborations with musical groups like Indigo Girls, OutKast, the Michael O’Neal Singers and New Birth Missionary Baptist Church. “John McFall said everything is collaboration, that it’s everywhere, like oxygen,” Horn recalled. “He said the forms and the dances are always changing, but you have to have faith that you will find that inspiration, heart, the human spirit as it sometimes crystallizes in art.”