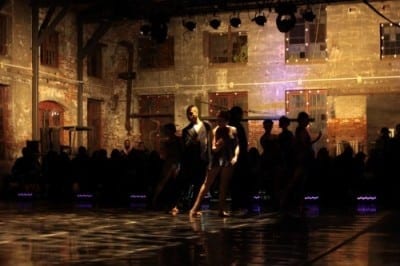 Since its debut in the summer of 2009, gloATL and choreographer Lauri Stallings have created a stir like no other artists in Atlanta. The itinerant troupe has danced outside on the Woodruff Arts Center plaza, danced in the streets of Castleberry Hill, danced during a holiday weekend in a busy shopping mall, and danced around downtown’s Woodruff Park with OutKast rapper Big Boi. By the in situ nature of its events — often controversial with audiences and in the local dance community — gloATL has elevated its audience from consumers into supernumeraries of the art itself. In the process, it has turned public spectacle into the most interesting and anticipated new art on the scene.

The wanderings that have seemed to define gloATL will continue, but it will also settle into a permanent home at 8,000-square-foot Goodson Yard at the Goat Farm, a century-old former cotton-processing facility that’s mostly old brick buildings, just west of downtown Atlanta. The troupe first performed there in February with “This Is a World,” a sold-out show (photo below). It returns next weekend with a related installment called “Chapter III: This Is a World,” April 28-May 1. 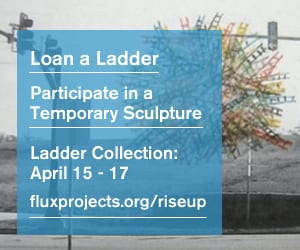 Goat Farm owners Anthony Harper and Chris Melhouse, eager to build a sort of non-traditional, multi-disciplinary arts center, made a discounted lease offer to gloATL. Possible Futures, a local non-profit operating foundation, will pay to replace the cracked concrete paving with a sprung subfloor and marley dance floor — described as “a curated arena of exchange” for emerging artists. (Disclosure: Possible Futures awarded ArtsCriticATL a grant in 2010.)

Richard Carvlin, gloATL’s general manager, said the revamped space has “the potential to create a facility as vibrant and relevant as Jacob’s Pillow [for] the Southeast region.” 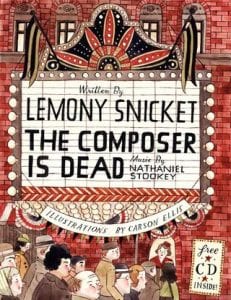 Despite the new home, Stallings and her dancers will continue to roam and will get more involved with the Woodruff Arts Center, performing with the Atlanta Symphony Orchestra in Lemony Snicket’s “The Composer Is Dead,” based on a children’s picture book with music by Nathaniel Stookey, on May 15.

To open the fall season, gloATL, Stallings and ASO conductor Robert Spano, with musicians from Sonic Generator, will collaborate for Kaija Saariaho’s “Maa” (“The Earth”). This ought to be its own spectacle, with grass covering the Symphony Hall stage and the dowdy concert hall transformed into an in-the-round multi-media environment. Although the ASO hasn’t performed much by the Finnish composer, Spano considers Saariaho’s elegantly abstract and Impressionistic music one of his specialties, and he has performed her in other cities.

To date, gloATL has relied on earned income and grants for financial support; it will launch its first fund-raising campaign later this year. Among other educational partnerships in the fall, it will offer another large-scale “migratory” public work called “Livers.” Details to come. For more, see gloATL’s website.