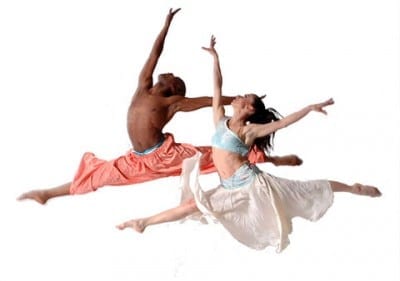 The coming season will brim over with contemporary dance, a startling development in light of the slow economy. Across metro Atlanta venues, audiences will see an unusual, maybe unprecedented, range of unique and compelling choreography by artists from San Francisco to Tel Aviv. It seems a culmination of decades of work among Atlanta-based artists to develop more forward-thinking audiences, and a moment for rejoicing. From the city’s major presenters to local start-ups, a change is happening that should be noted and, let us hope, will be sustained.

Atlanta Ballet’s season by itself is impressive, with works by some of today’s most respected choreographers; Twyla Tharp is in the studio this month working toward a February world premiere. The Ferst Center for the Arts has shifted its programming to all-contemporary dance this season, including Baryshnikov protégé Aszure Barton. Emory Dance will present New York up-and-comer Kyle Abraham. 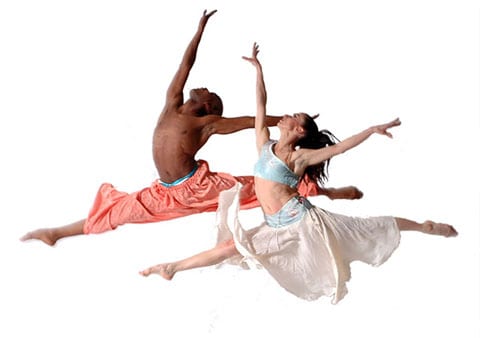 On a local level, site-specific performances are proliferating, bringing the public along with them. CORE will celebrate its 25th anniversary in Decatur this September. Three upcoming gloATL productions have been announced to date. George Staib will offer fall and spring concerts. Beacon Dance will present Patton White’s site-specific “Elemental Series.” And, not least, the Kansas-City-based Wylliams/Henry Contemporary Dance Company will present its local debut, with plans to make Atlanta its second home (photo above, by Michael Manley).

My AJC dance preview mentions a few fall highlights. Other essential events, as well as news and reviews, will appear throughout the season on the dance pages of ArtsCriticATL.com.

In the middle of the 2011-12 season, the Rialto Center for the Arts’ bold initiative “Off the Edge,” January 23-28, will aim to connect the Atlanta arts community with what’s happening on the international dance scene. It’s clearly the most anticipated event on the dance calendar. As festival curator Lauri Stallings explained, the goal is to create “a swarm of activity around the idea that movement is the catalyst for our identity.” Rialto Director Leslie Gordon hopes that “Off the Edge,” funded largely by a $100,000 Loridans Foundation grant to be divided over the next two years, will become an annual event. 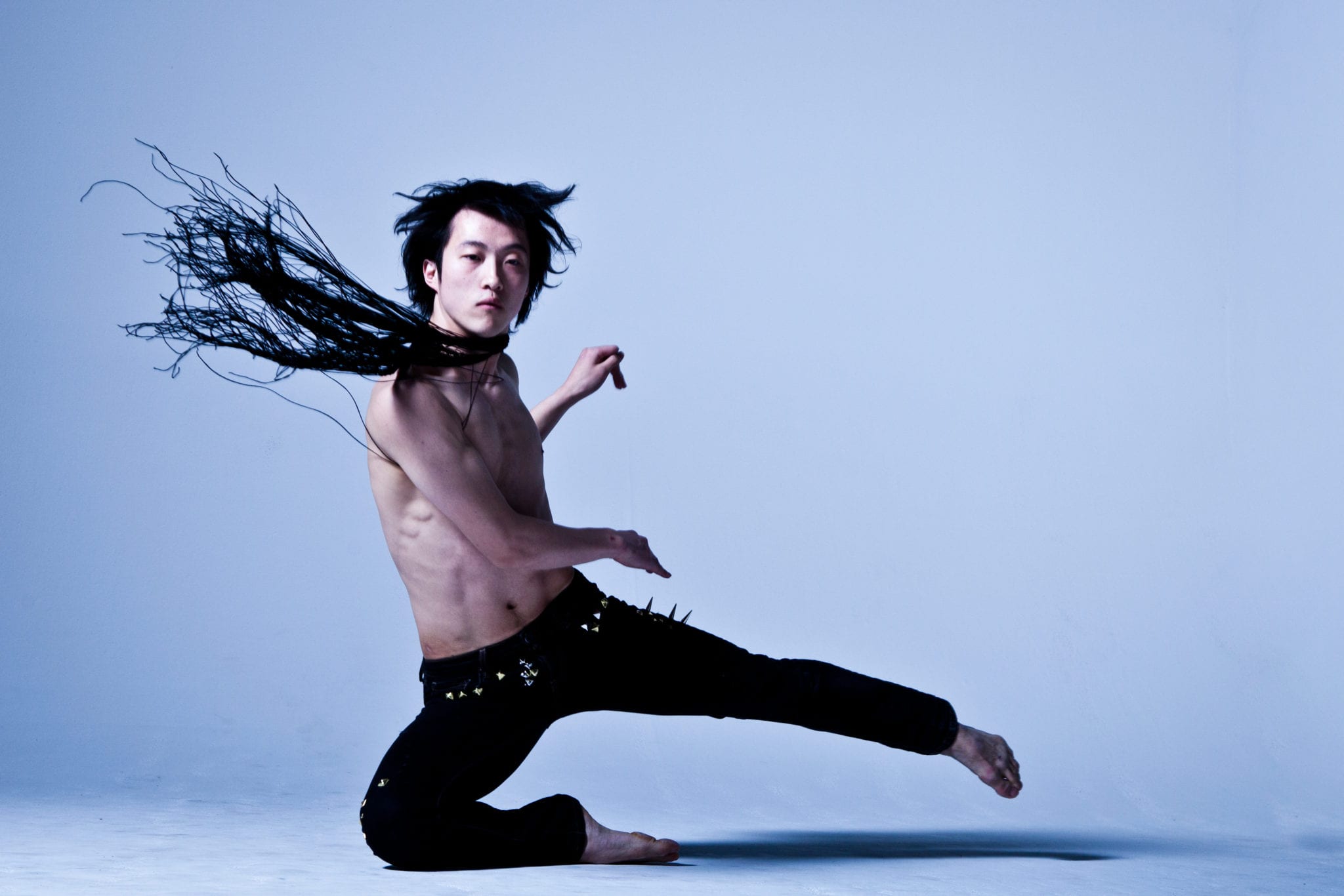 A scene from Keigwin & Company, part of the Rialto's "Off the Edge" festival. (Photo by Matt Murphy)

It’s unlikely that many of these artists would be coming to Atlanta if not for Stallings. The gloATL dance-maker’s brainchild, the five-day event is structured a bit like a citywide site-specific work. A round-table discussion at the Atlanta Contemporary Art Center, with guest artists and community arts leaders, will kick it off. For two days, the event will spin out across the metro area for seven artist-to-artist exchanges hosted by local dance organizations, then pull into a gravity point, downtown’s Woodruff Park, where Stallings envisions that six to eight Atlanta-based performance groups will appear in canon. These will lead viewers into the nearby Rialto for guest artists’ culminating shows Friday and Saturday evenings. Surrounding this, the Rialto will host a visual art exhibit and Kennesaw State University will host a weeklong residency by Batsheva Dance Company founding member Rena Schenfeld, who’s celebrating a 50-year dance career.

This season packed with contemporary dance seems a rare moment for Atlanta, a marked shift in a city steeped in classical ballet traditions toward an attitude that’s more open to experimentation. The cause is largely the long-term persistence of the dance companies and schools that will participate in “Off the Edge”: CORE, Ballethnic Dance Company, Full Radius Dance, Zoetic Dance Ensemble, Brooks and Company Dance and presenter Dance Canvas, along with the amply funded Emory, Spelman College and Kennesaw State and other groups that have driven up local artistic standards and, in the process, cultivated public taste for contemporary dance.

The beauty of “Off the Edge” is that it will help connect these local organizations with some of the dance world’s most creative artists, giving the groups the sustenance and visibility they need to weather the recession. One of the greatest challenges these groups face is a tendency to grow isolated. Pure logistics — distance, traffic and the need to compete with similar groups for scant funding, audiences and sometimes space — as well as a multitude of other factors can leave small groups revolving in their own small spheres of activity with few resources left for collaboration, travel or guest artists. 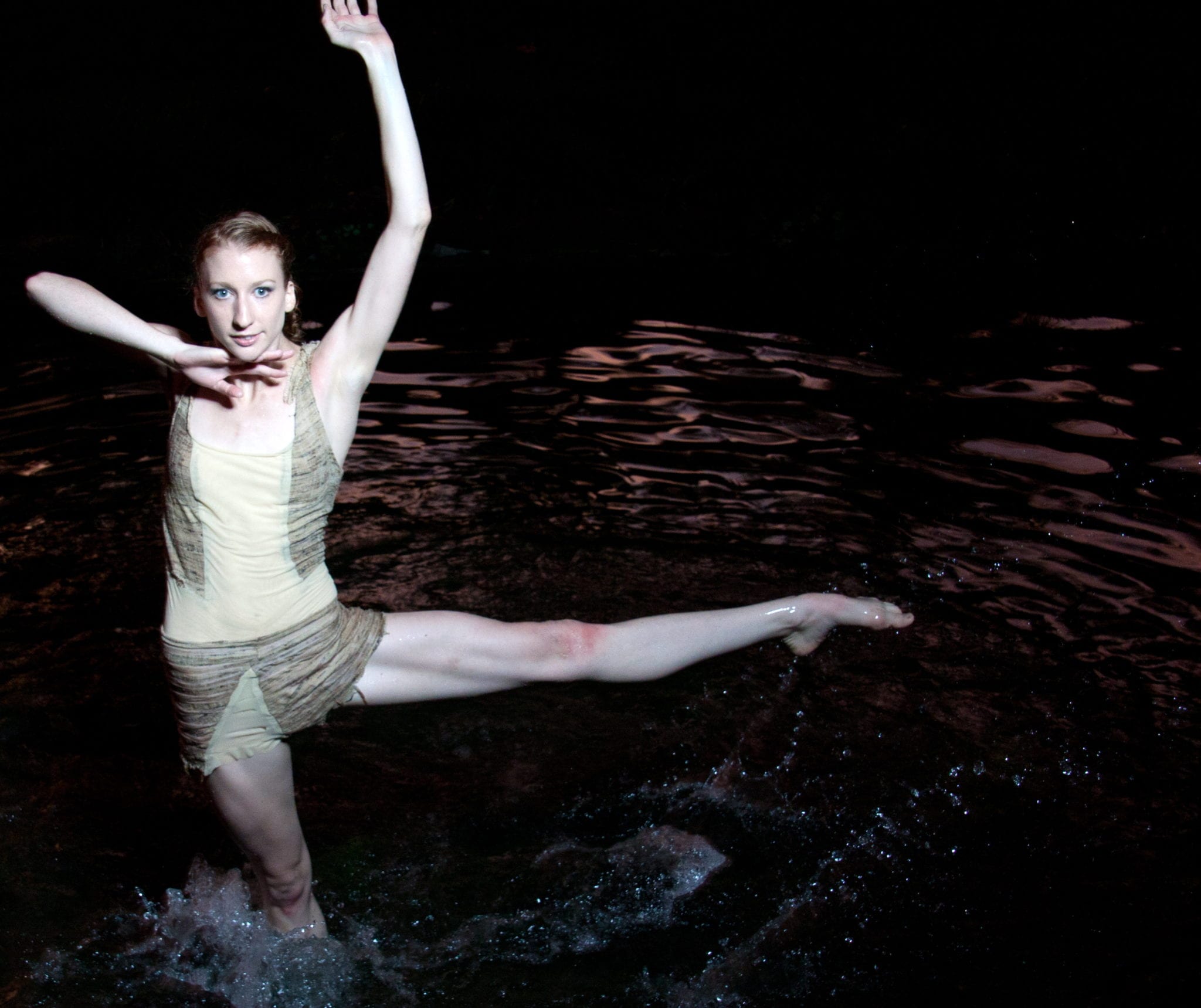 A watery view of gloATL's "Maa," which will actually be danced on the grass-covered stage of Symphony Hall. (Photo by Thom Baker)

Nevertheless, dance has been percolating across the city. GloATL’s dramatic entry two years ago, and subsequent site-specific performances, along with Dance Truck’s grass-roots support for independent choreographers, have boosted local dance activity. Small presenting organizations such as Daryl Foster’s LIFT and Ursula Kendall-Jones’ and Juel Lane’s 2 Kids and a Dream Productions have sprung up. Performing-arts magnet schools have trained and educated young people and their families, while college dance initiatives and community partnerships have fostered cross-pollination between schools and arts organizations.

So there’s much to celebrate about the state of modern and contemporary dance in the city and its coming dance season. It’s likely that the growing local dance activity will support it. But Atlanta Ballet’s recent history bears an important lesson. In the early phases of John McFall’s tenure as artistic director, the mid-1990s, he brought in notable contemporary choreographers — former Paul Taylor dancers Daniel Ezralow and David Parsons come to mind. But as the company’s debt grew, programming directives from the board became increasingly conservative. It wasn’t until recently, when the ballet erased its debt, built a sizable endowment and made plans for an image update, that McFall could bring in the coming season’s major figures: Tharp, Christopher Wheeldon, James Kudelka, Jorma Elo and Wayne McGregor, along with three new commissions in May. History reminds us that dance is ephemeral and there’s no predicting future trends.

Whether local audience demand for contemporary work will match this season’s supply remains in question. Gordon says that demand for contemporary dance at the Rialto has grown since the mid-1990s. During her tenure, Hubbard Street Dance Chicago (whose price tag is now beyond the Rialto’s reach) sold about 400 tickets on its first visit and sold out the 833-seat theater on two subsequent tours. Trey McIntyre Project audiences have grown significantly, and Ronald K. Brown/EVIDENCE is back, due to its strong following in the city.

Stephanie Lee, marketing director at the Ferst Center, told me that contemporary dance audiences at the Georgia Tech venue have remained steady, even during the economic downturn. Though many modern dance companies still struggle to find a large audience in Atlanta, Lee said, companies that have performed in the city many times, such as Pilobolus Dance Theater and the Alvin Ailey American Dance Theater’s annual run at the Fox Theatre, tend to sell out.

Both Gordon and Lee are uncertain whether the level of contemporary dance we’ll see this season can be sustained, but both hope that audiences will give it a try. It will be interesting to see to what extent the community recognizes the quality of what it’s getting and makes the effort to support it. Audiences would have to leave smaller spheres of activity and attend these shows. But if people are willing to support this much contemporary dance, it may be a sign that, at least in dance, the city is moving toward becoming an international cultural center. This could be the tipping point.