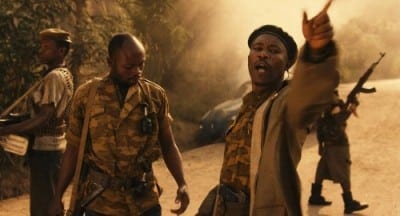 If you want to improve your odds in the Oscar betting pool — and enjoy some really lovely movies — check out the 10 short films nominated for this year’s Academy Awards, to be presented February 27.

On the live-action side of things, probably the best film is writer-director Tanel Toom’s haunting “The Confession.” It starts as an affectionate study of schoolboys trying to understand the rituals of religion (in this case Catholicism), then twists into something much trickier. 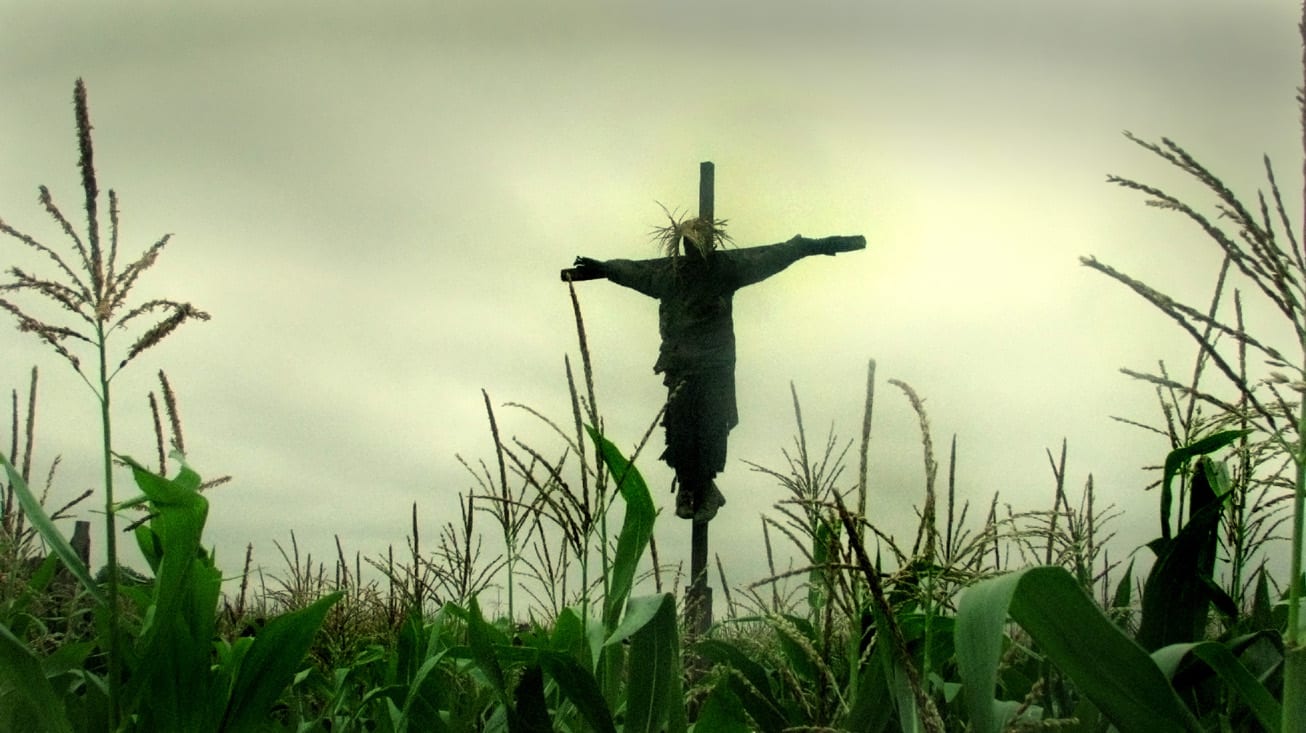 Lewis Howlett and Joe Eales play nine-year-old pals Sam and Jacob, getting ready to undertake their first confession — and, in Jacob’s case, grumbling about the girly white robes they’re required to wear. The problem is, neither kid has any real sin to ‘fess up to. So, to be good Catholic boys, they set out to be bad. But stealing a local farmer’s scarecrow is the first event in a chain of terrible accidents that leads to a conflicted, unsettling final scene. On top of the simple but engrossing story and fine performances by the boys, Toom uses images of the eerily placid British countryside to great effect.

Children and trouble are themes that recur in two of the other live-action films. In “The Crush,” an eight-year-old Irish schoolboy (Oran Creagh) has, yes, a crush on his schoolteacher. And he’s willing to convince her of his true feelings, even if it means challenging her lout of a fiancé to a duel. Like its hero, the movie is slight but endearingly scrappy.

More ambitious, skillfully made but, tonally, a big, sloppy mess, “Wish 143” introduces us to David (Samuel Peter Holland, in photo below), a teenager dying of cancer but vowing to lose his virginity before he breathes his last. His efforts are viewed wryly by a priest (Jim Carter), who gradually becomes more and more involved in the boy’s final days. “Wish” is well meant, but it can’t decide whether it wants to be wacky or earnest. 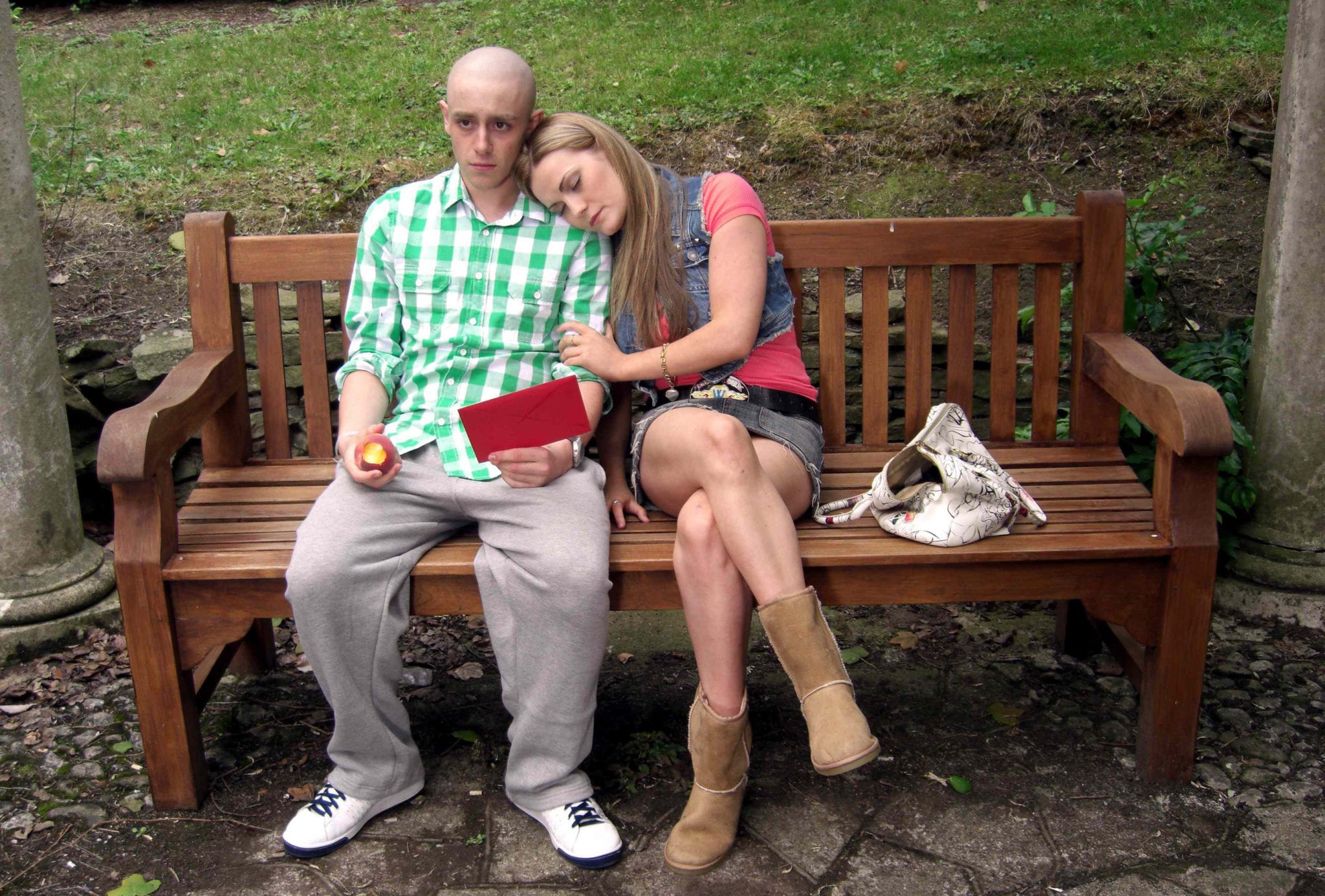 Tone is also part of the problem with the black-and-white hipster comedy “God of Love,” in which writer-director Luke Matheny plays a lounge singer enamored of his drummer (Marian Brock). He hopes to conquer her indifference via a heaven-sent box of darts, which kindle instant adoration in anyone they prick. The movie is not insufferable, but undoubtedly a little too lower-East-Side quirky for some tastes.

Finally among the live-action entries, “Na Wewe” (“You Too”) centers on a vanload of Africans in Burundi in 1994, waylaid by guerrillas determined to weed out and kill any Tutsis masquerading as Hutus. The film is meant to be darkly satirical, and it makes its point. But (as is also true to an extent in “The Crush”), guns and comedy don’t mix comfortably. As the recent “White Material” amply proved, murderous native uprisings aren’t the stuff of laughs. 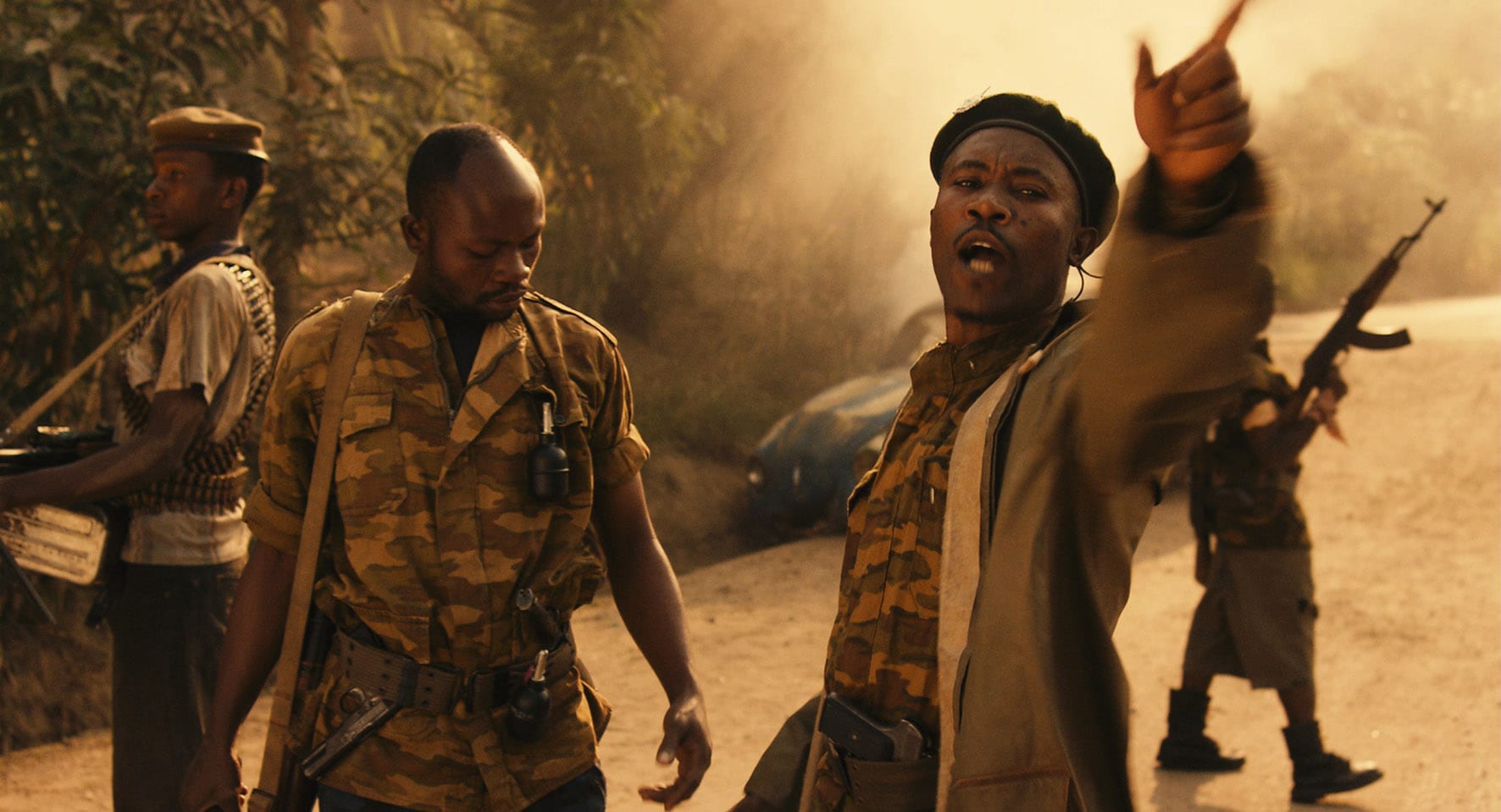 On the animated bill, Pixar is (as usual) represented, this time by the light, slight “Day & Night.” Because it was attached to “Toy Story 3,” it’s the one animated short here that almost everybody has seen.

Made in the style of a 1960s educational film, the satirical “Let’s Pollute” mockingly celebrates our culture’s more-is-more, SUV-driving environmental obliviousness. But it’s ultimately as disposable as the waste products at the core of its message.

Based on Julia Donaldson’s poetic and clever children’s book, “The Gruffalo” is the story of a shrewd little mouse (below) who makes up an imaginary monster to scare off the fox, owl and snake that want to eat him. With a cast of voices that includes Helena Bonham Carter, John Hurt and Robbie Coltrane, it’s a prestigious flick. But unlike the picture book, the film is repetitious and ultimately a little dull. 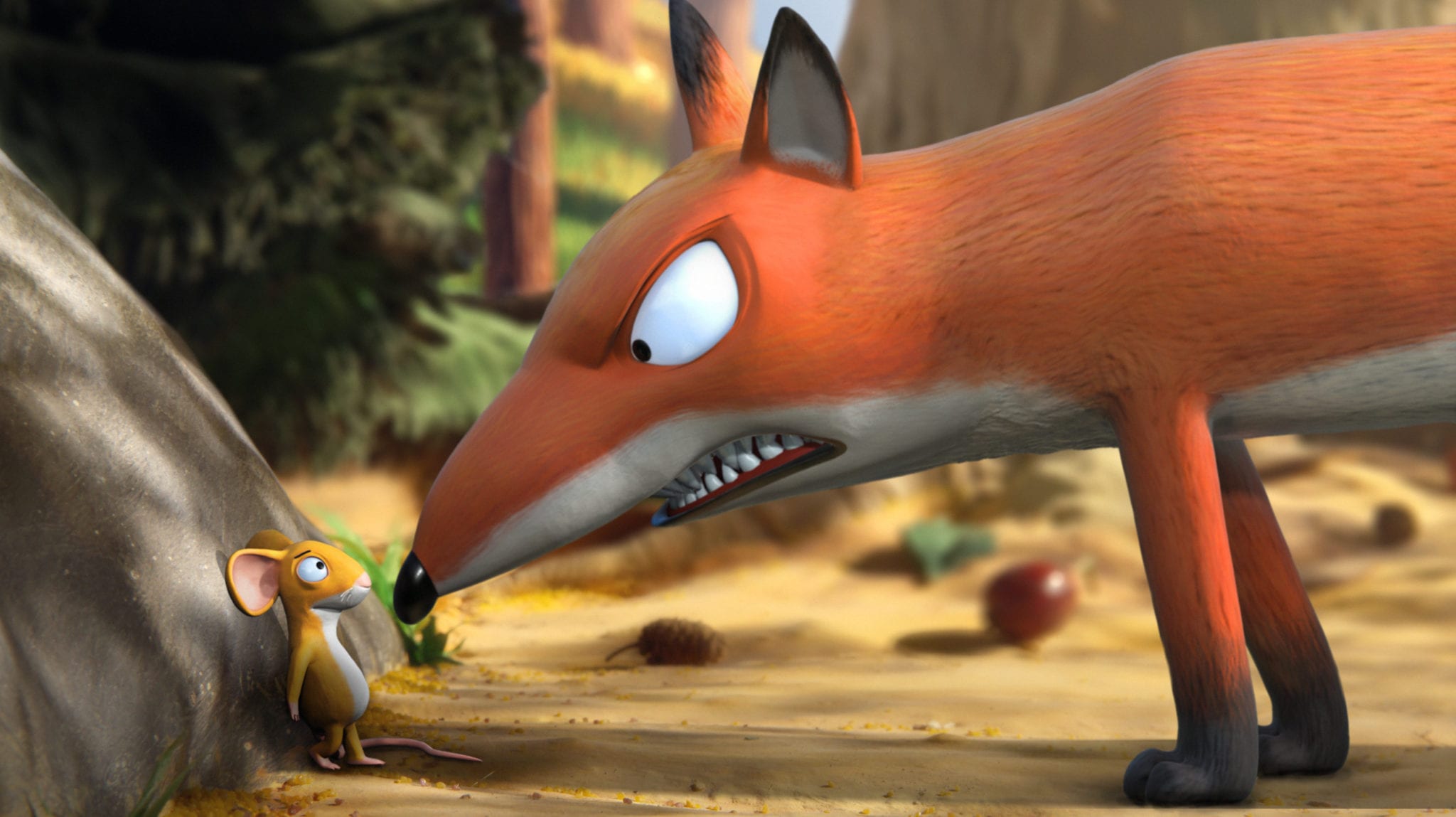 No other film among the 10 nominees comes close to the vigor, beauty and joy of Bastien Dubois’ “Madagascar, a Journey Diary.” An animated scrapbook of a tour through that country, the film employs every sort of animated style you can imagine — photorealism, charcoal sketch, watercolor — driven by buoyant indigenous music. This is Dubois’ (pictured below) first film, and it’s exciting to imagine what he might concoct once he harnesses his skills to a real narrative. 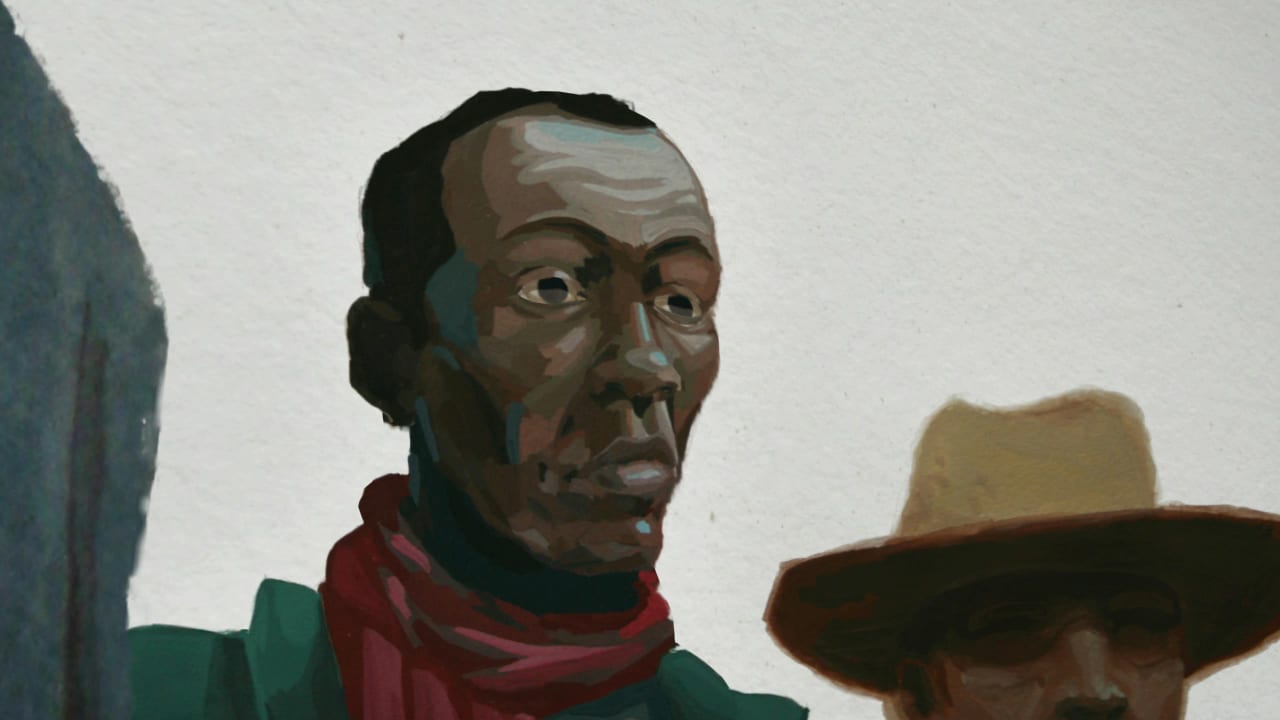 Finally, writer-animator Shaun Tan brings his own book, “The Lost Thing,” to the screen, and it’s wonderfully bizarre. In it, a young man befriends a strange, armored, tentacled something-or-other (it looks like an organic-mechanical crustacean forged during the Industrial Revolution) and tries to find it a home. “Thing” has echoes of everything from “Brazil” to the movies of Jean-Pierre Jeunet to “Rudolph the Red-Nosed Reindeer & the Island of Misfit Toys.” Like the strange whatsit of the title, the movie is both ooky and cuddlesome.

Taken as a whole, the animated and live-action shorts represent an engrossing omnibus that demonstrates how supple and wide-ranging film can be in the hands of talented artists.