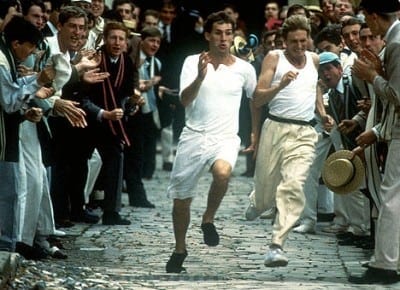 In a fairly remarkable feat, the Atlanta Jewish Film Festival, inaugurated in 2000, has become the second-largest Jewish film festival in the nation, behind San Francisco’s.

This year the festival reaches higher still, by extending its run from 12 days to 20 and expanding from three venues to six. The festival is run by Kenny Blank, who holds a degree in film and television from New York University’s Tisch School of the Arts. 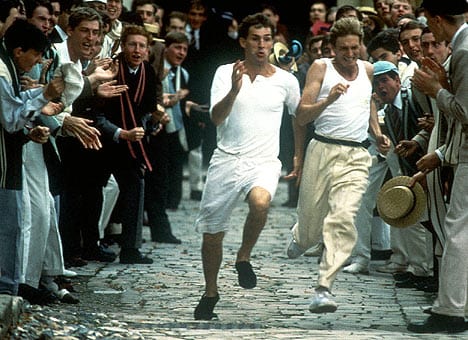 The 2011 program includes a revival of the 1981 Oscar winner “Chariots of Fire” (above), about track contestants and anti-Semitism at the 1924 Paris Olympics, celebrating its 30th anniversary this year at the festival. February 24, 7:30 p.m., and February 25, 11:10 a.m., at Atlantic Station. The movie’s director, Hugh Hudson, will be in attendance at both screenings.

As testament to the festival’s popularity, several of the films pre-screened for ArtsCriticATL have already sold out. They include the rueful Israeli film “The Human Resources Manager,” the country’s nominee for Best Foreign Language Film at the Academy Awards, about an Israeli bakery manager trying to find a final resting place for an employee blown up in a suicide bombimg, and the Atlanta premiere of the Polish drama “Little Rose,” about a beautiful woman used by the Communist government to root out “Zionists” in Poland in the 1960s.

The festival excels at what other local film fests can’t always do: screening works that oftentimes never run in Atlanta, rather than merely offering a peek at buzzy movies before they come to the city’s art houses or multiplexes. I still have vivid memories of the creepy, haunting debut at the AJFF of the 2005 Polanski-esque “The Tenants,” from African-American director Danny Green and starring Snoop Dogg and Dylan McDermott, about the strange friendship between a Jewish writer and a black militant in a post-apocalyptic New York City. It never opened in Atlanta, and I felt lucky to have caught it at the festival. Viewers at this 11th annual festival can also find their own hidden gems. Or take our recommendations for some of the most notable entries this year. (For the full schedule, go to ajff.org.)

Among this year’s highlights: 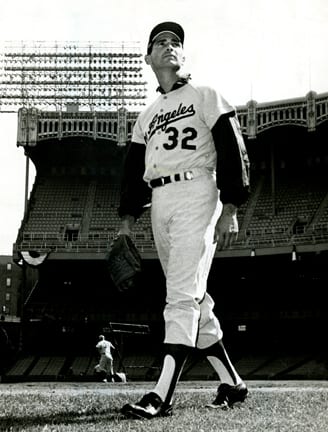 “Jews and Baseball: An American Love Story” — Puncturing the stereotype that Jews are defined by intellectual rather than athletic pursuits, this documentary about the long tradition of Jews in baseball tackles enough social issues to make it compelling even for non-sports fans. Narrated by Dustin Hoffman, director Peter Miller’s film, filled with fantastic historical footage, introduces legendary players such as Hank Greenberg (who famously welcomed another outsider, black player Jackie Robinson, into the game), famed pitcher Sandy Koufax (at left) and Princeton intellectual turned ball player Mo Berg — who was also an O.S.S. spy who went behind enemy lines to determine whether the Germans had the bomb. But the movie also looks at how Jewish Americans have defined the national pastime behind the scenes, from the Jewish composer of “Take Me Out to the Ball Game” to the executive director of the Major League Baseball Players Association, Marvin Miller. And more than shining a spotlight on significant figures in the sport, “Jews and Baseball” shows how baseball was a crucial way for newly emigrated Jews — both players and spectators — to assimilate into American life and become interwoven into the fabric of the country, despite the vicious anti-Semitism that often accompanied their forays into the game. February 8, 7:30 p.m., Fox Theatre, followed by a Q&A. 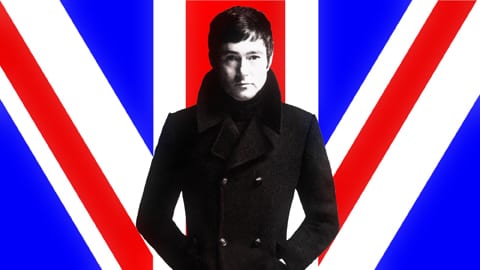 “Vidal Sassoon the Movie” — An utterly absorbing portrait of a fascinating man and one of the best films on this year’s AJFF bill, director Craig Teper’s documentary sheds new light on the British-born hairstylist famous for his advertising tagline “If you don’t look good, we don’t look good.” Abandoned by his father as a child, which left his long-suffering mother to place him in a London Jewish orphanage, Sassoon rose from his impoverished origins to become a celebrated, Swinging ’60s hairdresser and eventually the charismatic head of an international hair care business. As a youth, Sassoon joined a group of British youths, the 43 Group, to resist the ugly recurrence of British fascism after World War II. Much later, his outrage over the devastation of Hurricane Katrina led him to fund-raise in the area. Sassoon, looking outrageously fit and hip at 81, emerges from the movie as a man of remarkable verve, courage and personality. February 13, 4:40 p.m., Lefont Sandy Springs and February 23, 11:45 a.m., Regal Atlantic Station. 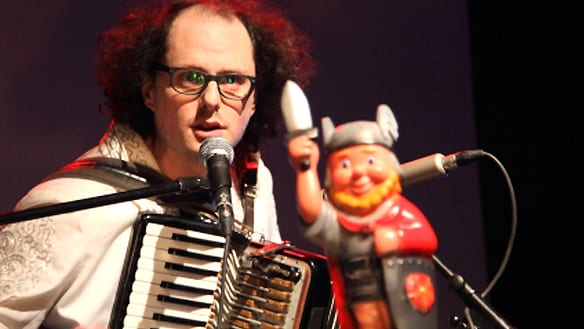 “The ‘Socalled’ Movie” — In a music industry where eccentricity is taken for granted, Montreal-based klezmer hip-hop act Josh Dolgin (above), who churns out, in his words, “kosher funk,” makes even the most outrageous personalities look ordinary. “Socalled” is an artistically meandering, fly-on-the-wall documentary of the distinctly goofy artist, rehearsing, traveling to gigs in Paris and Ukraine and espousing his lovably unique philosophies on religion and music, such as “I hate ghettoized communities … but I love culture.” While he admits to being skeptical about religion, his mash-up of an old-fashioned Jewish musical form — which he seemed to choose out of both love and a certainty that he wouldn’t be sued by the dead musicians for his samples — with a late-20th-century development, rap, is one of those phenomena that could happen only in the postmodern age. Part of the appeal of the movie is Dolgin’s persona: a hilarious non-sequitur of a pale, bespectacled, geeky white guy (who also loves magic tricks and professing his sexual frustration) embracing a musical form associated with inner-city sexual bravado and toughness. February 9, 7:30 p.m., Buckhead Theatre. (Dolgin will appear in Atlanta through February 10 as part of a week-long residency in conjunction with the Atlanta Jewish Music Festival May 19-21, which will bring contemporary Jewish music to the Southeast. For more information, visit AtlantaJMF.org.)

“The Trotsky” — In a frothy comedy with great acting but a rather thin storyline, director Jacob Tierney focuses on a well-to-do Montreal teenager (Leon Bronstein) who disgusts his garment-factory businessman father (Saul Rubinek), whom he refers to as “the face of oppression,” by deciding that he is the reincarnation of Soviet revolutionary Leon Trotsky. On the plus side, “The Trotsky” has a youthful, snarky attitude that may appeal to teenage viewers who will surely relate to Trotsky’s teenage aversion to all things paternal and institutional. February 13, 4:35 p.m., GTC Merchants Walk; February 20, 4:40 p.m., Regal Medlock Crossing; February 27, 1:30 p.m., Regal Atlantic Station. 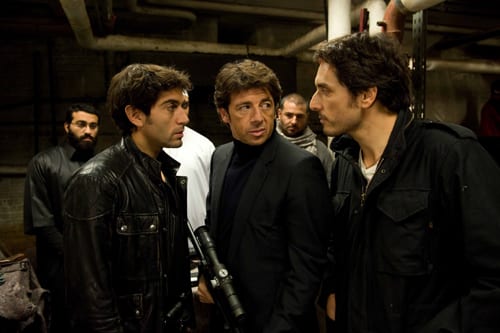 “Five Brothers” — A mile-a-minute thriller from France (above) that is just silly enough to make viewers sheepish for liking it and just exciting enough to be fun. “Five Brothers” concerns a “Godfather”-like group of superhero siblings (a restaurateur, a pharmacist, a professor, a professional gambler) and Algerian Jews living in Paris with a beautiful matriarch at their center. Mothers will find “Five Brothers” a special kind of wish fulfillment, with its five glamorous sons utterly devoted and worshipful of their beloved maman. The brothers find their ranks threatened when their black-sheep fifth brother returns to the fray with a cabal of Gypsy gangsters on his trail. Director Alexandre Arcady’s rolicking, guilty pleasure has the feel of a nighttime soap opera: everyone is handsome/beautiful, well dressed, rich and spends an inordinate amount of time just hanging out and shooting the breeze. Adding to the thrill: exotic French locations on lush display and enough action to keep even Michael Bay occupied. February 11, 12:10 p.m., Lefont Sandy Springs.