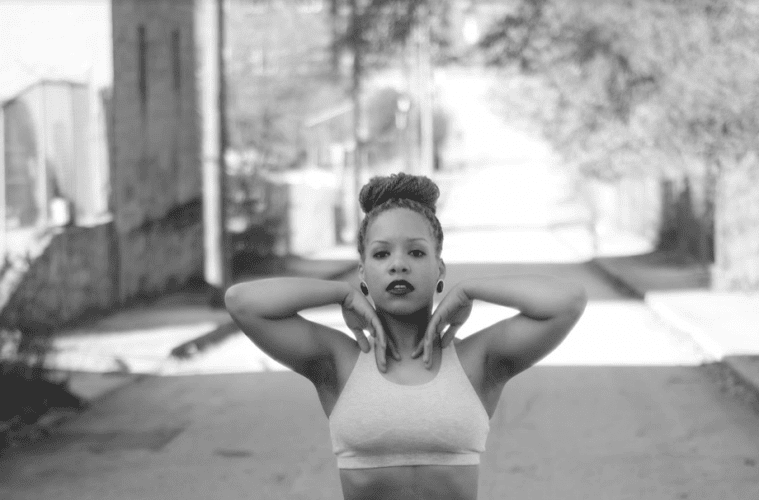 Artists of color are oftentimes overlooked due to lack of exposure, and this is especially true in Atlanta. In order to showcase this city’s diverse dance artists and their abundant creative works, choreographer and drag artist Corian Ellisor has initiated a project titled veraCity.

Ellisor’s persistence for community-building and art advocacy is what makes him such an essential part of this project. “It is important to give back to the community because I get helped by helping others,” he says. “We rise up together.”

A native of Houston and former member of CORE Performance Company, Ellisor has remained active in the LGBT community and has collaborated with various artists across the nation. He was featured in Creative Loafing’s “20 People to Watch” in 2013 for his drag performance as Ellisorus Rex. He also participated in WonderRoot’s Walthall Fellowship, where he worked closely with Lauri Stallings, founder and artistic director of glo. Ellisor has made it his mission to produce impactful stories that could unite audiences across ethnic, gender and socioeconomic backgrounds. He has become a powerhouse on the stage and does not shy away from sensitive themes to create intimate choreographic pieces that echo his fight for unity.

Ellisor recently sat down with ArtsATL and revealed his motivations behind this show and why he chose to work with numerous performance artists of color.

ArtsATL: What inspired you to head such an ambitious project like veraCity?

Ellisor: Unfortunately, a lot of work that is considered “high art” excludes the work of artists of color. There could be more opportunities for artists of color, but the artistic community in Atlanta is directed toward a very specific type of audience rather than engaging with all viewers. That division feels like a tightrope to me. How do I position myself as an artist to be strong in my truth but also engage as many people as possible? It’s difficult to constantly balance the two. But four years ago, I decided that I needed to create the art that I wanted to see. This choice led me to the project I’m working on now — veraCity.

ArtsATL: Would you mind telling audiences what the show is about?

Ellisor: The capital “C” in veraCity is meant to emphasize that this project is very urban. It’s about the city, our city, Atlanta. This production is very diverse — age, race, ethnicity, dance style, etc. — and I purposefully chose to work with artists that are very different from each other because I want to show audiences that Atlanta has a versatile art community that doesn’t always get exposed.

ArtsATL: Is there a common theme throughout the show?

Ellisor: We didn’t choose a theme to connect each work, because I didn’t think it was necessary to get the message across. The message is to simply look at everything Atlanta has to offer. Each artist somehow gravitated toward the notion of empowerment. So, there is some connection there throughout each piece, but that wasn’t planned.

ArtsATL: What was it like coordinating this production with all the artists?

Ellisor: It was difficult because we didn’t have much time to prepare. It had to be in the summer because that is the best season to secure a space and obtain a larger audience without worrying too much about competing productions. The first thing I did was contact everyone to let them know about my idea. There are a few artists I have never worked with, but I knew they had to be a part of this production. I have worked with most of the featured choreographers in some capacity before. But each artist has really strong work and really strong perspectives that contribute to Atlanta’s diversity. To me, it is important that I bring those different voices to the community to show that there is a wide range of talent here. We, artists of color, have so much to give and so much to enrich the culture that I couldn’t let this opportunity pass. veraCity is a very eclectic production, but I hope it can resonate with all audiences in some way. Alex Abarca (top) and Corian Ellisor are creating a piece about discrimination in American culture.

ArtsATL: Is there any part of the show that you are excited about?

Ellisor: The piece that I am working on is with my best friend, Alex Abarca. It is about how someone can be American but isn’t acknowledged as such because that person is of color. We explore how it makes some people feel — that they are less than because they are not white and come from a different culture. We are incorporating parts of an audio from a podcast called I’m Black, He’s Mexican. It’s the story of discrimination in a public setting and how people may jump to conclusions based on stereotypes. By using this media, Alex and I express the scene through movement and explore what the tensions of that journey means. Alex, who is Latino, and I are also from Texas, which has a lot more Hispanics than Georgia, so this subject is very interesting to us. The piece overall reflects on the idea that society is trying to pit us against each other. But we have to recognize that we are going through the same thing.

ArtsATL: Why is veraCity important to you?

Ellisor: I want to educate people. There is a way to educate on a human level that isn’t beating lessons into people’s heads. Today, our society is so disconnected because we are hiding behind our computer screens and our phones. I want viewers to really feel connected with the performers and the content. Regardless of how audiences feel about the performance, I want them to talk about it! In veraCity, we are working with the idea of perspective. There are numerous artists’ perspectives featured, and I want audiences to feel that. This is a chance to engage in the story and understand why it resonated, or didn’t, with you. My mission is to keep cultivating an appreciation for live performance because it can help bring people together.

ArtsATL: What do you hope audiences will gain from watching this performance?

Ellisor: First of all, I hope viewers can see the creative diversity among people of color. That’s the major goal. I also hope that the humanness comes through in this production. We have things that connect us, and it’s not an “us vs. them” but rather “we.” As long as I can fill the seats, then I know audiences will find something to connect to. Even if they don’t like it, that’s okay. What artists do is not in a vacuum. It is created for the public.