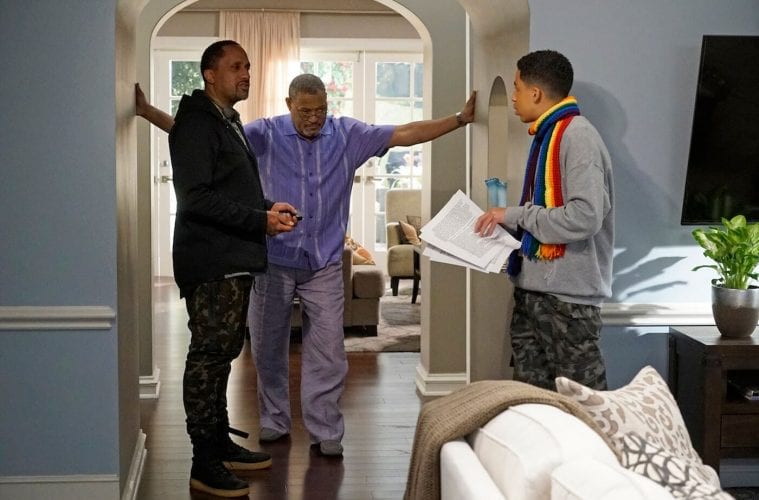 A conversation with Kenya Barris, creator and showrunner of “Black-ish”

Coming back to Atlanta reminds Kenya Barris, a writer and executive producer, that storytelling has exposed him to new perspectives on humanity. The creator and showrunner of the Emmy-nominated ABC Network series Black-ish flashes back to when he originally stepped onto the campus of his alma mater, Clark Atlanta University (class of ’96). He never thought he could turn that epiphany into a career in both television and film.

“I didn’t think that people wrote words for people on TV,” says the airy-voiced cocreator of America’s Next Top Model, also one of the recipients of this year’s Pathways to Excellence Award during Clark Atlanta’s ninth Salute to Greatness Gala. “I just thought the actors were great at saying those words. I didn’t imagine any of this. It’s not what I thought it was going to be.”

Those four years that Barris, the self-acknowledged “C-student from Inglewood, California,” spent in the Atlanta University Center nourished his penmanship and pride in his blackness. He recalls having “too much fun” witnessing the ’96 Olympics, Freaknik and LaFace Records up close. Originally studying to become a doctor, Barris paid close attention to the pragmatic codes and cultural experiences that people of color share regardless of their geographic origins.

Barris switched over to radio, television and film. “It was something in the water at Clark [Atlanta] at that time,” remembers a gracious prolific talent during his acceptance speech, comparing Atlanta to the New York art scene in the early ’80s. 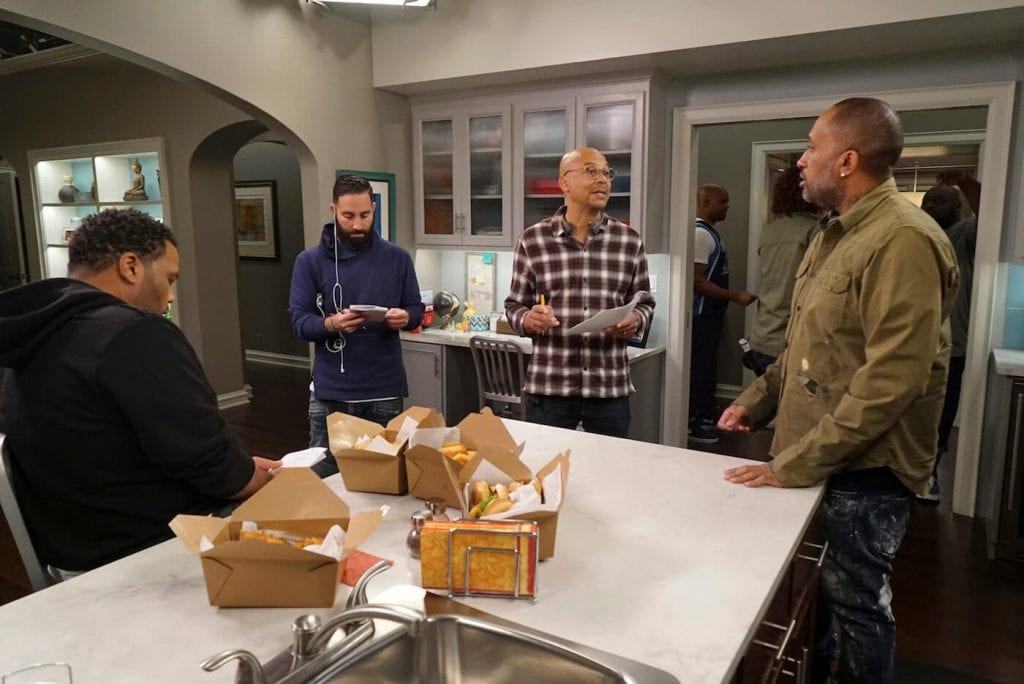 Now in its third season, Black-ish has found its voice, an extremely cordial Barris says. “It got to a point where we wanted to make sure the show has that,” proclaims the Peabody and NAACP Image Award winner. “It’s not fair to keep having one version of us depicted. We’re not monolithic people.”

It sometimes bothers Barris whenever Black-ish gets reduced by critics or viewers to being strictly “a black show.” The 42-year-old former press secretary-turned-writer for the shows Soul Food, Sister Sister, Girlfriends, The Game and I Hate My Teenage Daughter doesn’t deny the show’s predominately African-American cast. Barris reiterates there are other layers to Black-ish.

Accompanied by his two sons, Kass and Beau, Barris, sitting at the edge of a honey brown leather sofa, hopes the Wednesday night dramedy will empower his six children to defy subscribing to socially constructed roles. “I want to make sure our kids don’t have to have a lane where they’re doing ‘black’ stuff. [They should] have a lane where they can be honest with their story. That should be a story that everyone can take part in.”

Barris, with his neck tattoos periodically peeking through his white poplin collar, adds, “I don’t think we should limit ourselves to just trying to speak to one people. Try to speak to human beings. The people I know how to speak to best are my people.”

Pitching Black-ish to ABC was a completely different story. The show garnered six offers from networks. Still, a passionate Barris was tasked with explaining certain nuances and scenarios throughout Black-ish at length to network executives. “When you have multiple buyers for things, it gives you different leverage,” he declares. “They [ABC] hadn’t seen it before. They weren’t quite sure what it was gonna be. We got [into] a bit of a bidding war, so we had a bit more power than normal going into the pitch.”

The ongoing success of the show continues to unlock doors for Barris. He’s one of the writers on the upcoming feature film, Girl’s Trip, starring Queen Latifah and Jada Pinkett-Smith. He’s in talks to develop a reboot of White Men Can’t Jump. ABC, on the other hand, has greenlit his pilots for a CIA agent-themed Unit Zero, Libby and Malcolm, starring Felicity Huffman and Courtney B. Vance and a spinoff focusing on Yara Shahidi, who plays eldest daughter Zoey Johnson on Black-ish, enrolling into college.

Selling his vision, Barris shares, isn’t always simple. “Once stuff starts happening, it gets easier,” he says with caution. “Make sure the things they say yes to, try as much as you can to keep the level of quality up.”

The subject matter on Black-ish has had its share of criticism because of its unapologetic take on race, current events and culture. Barris, blurring some jokes with some chuckles and philosophical insights, appreciates the positive and negative feedback. “What rubs people the wrong way actually causes more change,” he says.

“I don’t allow it to define what we do. You have to have a voice. We tell our stories. Everybody is entitled to their own opinion. If people like it, that’s great. If they don’t, at least I can say I was being honest.”

All of the accomplishments Barris has achieved makes him misty-eyed and gracious. It’s surreal to the upcoming commencement speaker at Tufts University that he’s both a success story and a distinguished alumnus. He hasn’t looked back since landing his first writing gig at 22-years-old: appreciative to be mentioned alongside superlative creators of color like Issa Rae, Shonda Rhimes, Courtney Kemp Agboh, Donald Glover and Barry Jenkins.

More importantly, Barris knows where he is career-wise all stems from his time in Atlanta. “Graduating from college was an amazing thing,” confirms Barris. “It was a really special time in the city. I’m glad I got to be a part of that.”