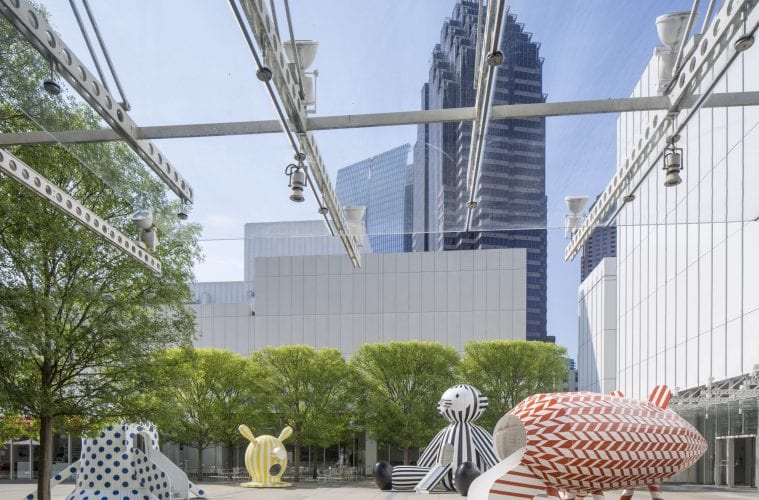 A conversation with Jaime Hayon, mastermind behind the psychedelic playground at the High Museum

The pig has landed.

That’s seemingly the word from the High Museum as the institution’s usually staid and elegant Sifly Piazza becomes a psychedelic playground for the summer. The four large-scale wooden forms — pig, bell, bunny head and teddy bear — complete with ramps, steps, slides and interior platforms, are the work of internationally-renowned Spanish designer Jaime Hayon. The installation continues a series of recent commissions by the High for temporary interactive outdoor pieces on the piazza that began in 2014 and 2015 with Mi Casa, Your Casa and Los Trompos (The Spinning Tops) by Mexican designers Héctor Esrawe and Ignacio Cadena. 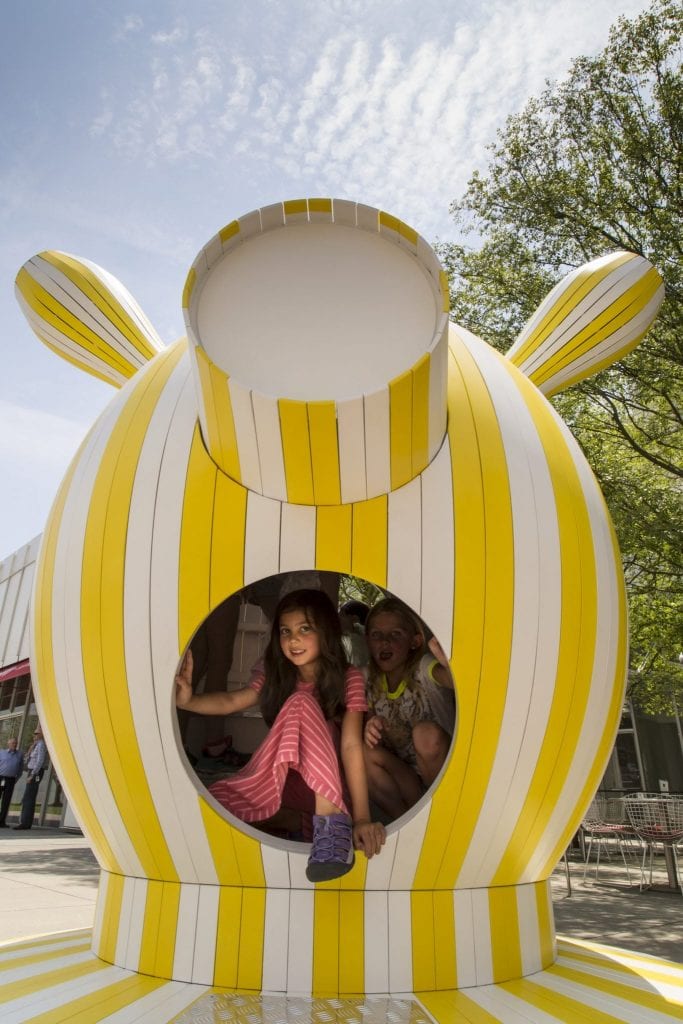 “It was a difficult project,” says Hayon, who creates everything from watches to furniture, ice cream cakes to hotels, all with a recognizably zany sense of color and play. Hayon has become especially well-known for his work with crystal, ceramic and porcelain, so the occasional commission like the High’s to create a large-scale interactive site-specific work can come as something of a challenging shift. “Whenever you do an installation outdoors you have a lot of limitations. You have a limitation of material. The materials I’m used to working with are too delicate for the outside, too delicate to interact with.”

One of the primary challenges, therefore, was picking a material. Hayon eventually settled on boat wood, deciding its flexibility and water-resistance made it superior to other options, more inviting than molded plastic and much cooler than laser-cut metal in the summer sun. Working with a structural engineer, he and his team assembled the forms from slats of wood in his atelier in Italy, a slow, artisanal process that he says was akin to ship-building itself.

“Wood is flexible, it vibrates,” he says. “You feel there’s a certain softness and cushioning. That’s why it’s a good material for playgrounds. You can make forms that are pretty organic. And in the heat of Atlanta, now I realize they’re kind of refuges. Because of the material, you have air flowing through it so it ventilates well and it feels good inside.”

From the beginning, Hayon wanted to create forms that would invite both children and adults to play, so making the platforms and doorways large enough for adults was essential. One of the project’s seemingly simplest elements — the repeating pattern of graphics on the outside of each object — turned out to be one of the most complex to realize. “It was a hell of a job,” says Hayon, whose team used stencils to paint the patterns by hand, a painstaking task when trying to make the patterns look perfectly clean and linear. “We’re not an industry. These are handmade. It looks easily done, but it’s not. It was complicated because the forms are so rounded.”

The project takes its name, Tiovivo, from the Spanish word for a carnival or fairground. “If you really translate it, it means ‘my uncle is alive,’” says Hayon. “Why do they call a fairground tiovivo? I’m not sure, but it just had that great touch of surrealism.”

Overall, Hayon surmises that his playful, surreal aesthetic developed in part from the foreign cartoons he watched devotedly as a kid in Spain, things like “The Smurfs” and “Mazinger Z.” But he believes that his sensibility derives primarily from the culture of the era of his childhood itself. Hayon was born in 1974, one year before the end of the repressive regime of Francisco Franco and the sudden advent of progressive democracy in Spain. “Other countries finished the war and became liberal, and the ’60s were all crazy, But in Spain, you would go to prison if you had long hair,” he says. “I was born at a time when Spain was activated with a lot of new things. I had my father always telling me, ‘You don’t know how lucky you are.’ I was raised in this crazy freedom where everything was possible. That really did influence me.” 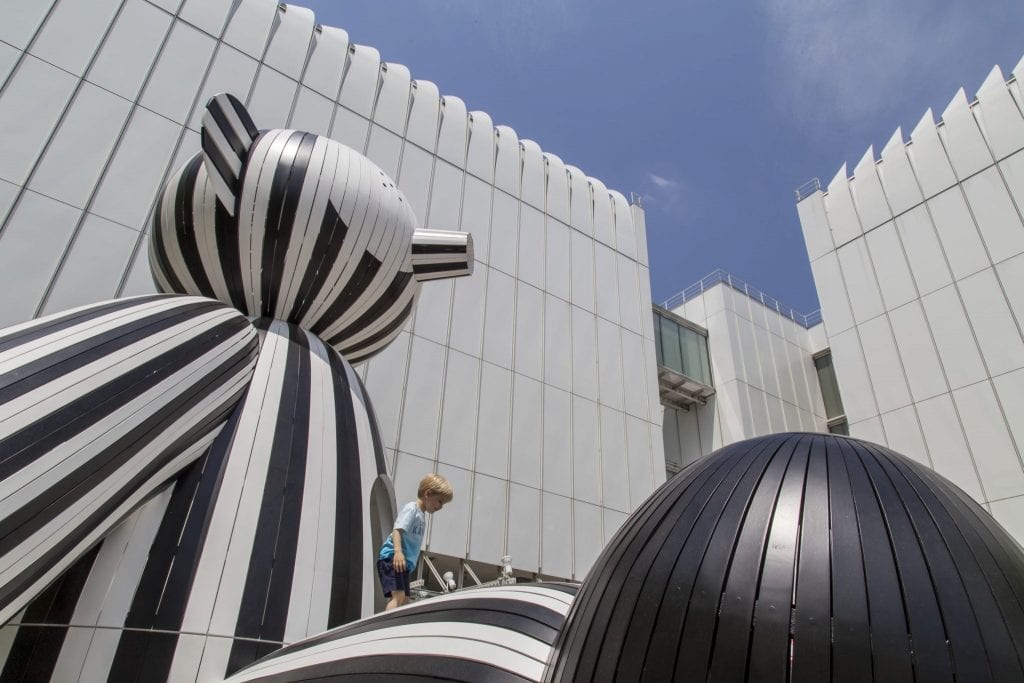 Hayon says he’s always tried to approach his work with that playful sense of limitless possibilities, seldom concerning himself with labels or distinctions such as “designer” or “artist.” “I don’t really think about it,” he says. “I never tried to categorize myself in any context. I just do things. I believe you have a concept in your way of creating, and it’s adapted to any kind of discipline that comes up. There’s always a link in things. There’s a code of elements I like, of forms and combinations and thematics. They come back in any discipline.”
And that sense of playfulness and adaptability arises even in his animated, free-ranging conversation. During our interview, he pauses for a moment to look out the window of the High at the piazza, where, in spite of the heat of a Georgia summer, a mother climbs inside the pig to play alongside her child. “That means it’s working,” he says. “It’s ventilating. This is exactly what you want. In the end, that’s the purpose of it. It really is as simple as that.“