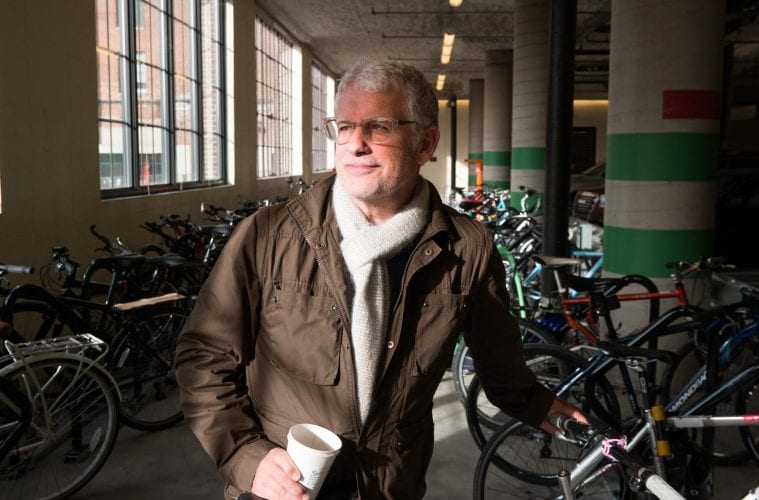 Photography through the archives: A conversation with Bill Boling of Fall Line Press

Bill Boling is the man behind the photobook publishing company Fall Line Press. A true Renaissance man, Boling is a full-time attorney, photographer, artist, book lover, and, in his own word, a “picture-holic.” His passion for book collecting and art publishing has led him to develop a diverse line of imprints over a very short period of time. We sat down with him in his law office on Drewry Street, next to the BeltLine, where he plans to reopen his bookstore and reading room in 2017.

ArtsATL: Would you share with us a short history of Fall Line Press? What has drawn you to publishing books?

Bill Boling: My favorite way of working with photography is through archives. A book is the most natural form for archiving and gathering ideas. I have always been more attracted to great images together than just one masterpiece image. In 2003, when I was living in Augusta, which is one of the famous fall line cities, I was using Fall Line Art Press for my personal art books. One evening in 2007, after I moved to Atlanta, I was having a drink with my friend and colleague Michael David Murphy, and I said, “What if we start a photo book publishing company? I have Fall Line Art Press and we can use that as in imprint, and he said, ‘I’ll help you if you start it.’ ” We took the “art” out of the name and called it Fall Line Press instead.

ArtsATL: Obviously there was a space to be filled, since there was no other photo book publisher in town.

Boling: Nexus Press was started in the ’70s and made beautiful books during their time but no longer existed by the time Fall Line Press started. There was nobody else doing it [in Atlanta] at that time. That was one of our motivations, knowing that, for the city of our size and with all the great artists, patrons and collectors who lived here at that time, there seemed to be a gap. We have tried to fill it.

Since then, Jennifer Schwartz has done book publishing in Atlanta through Flash Powder Projects as well as Aint-Bad, though they are based in Savannah. 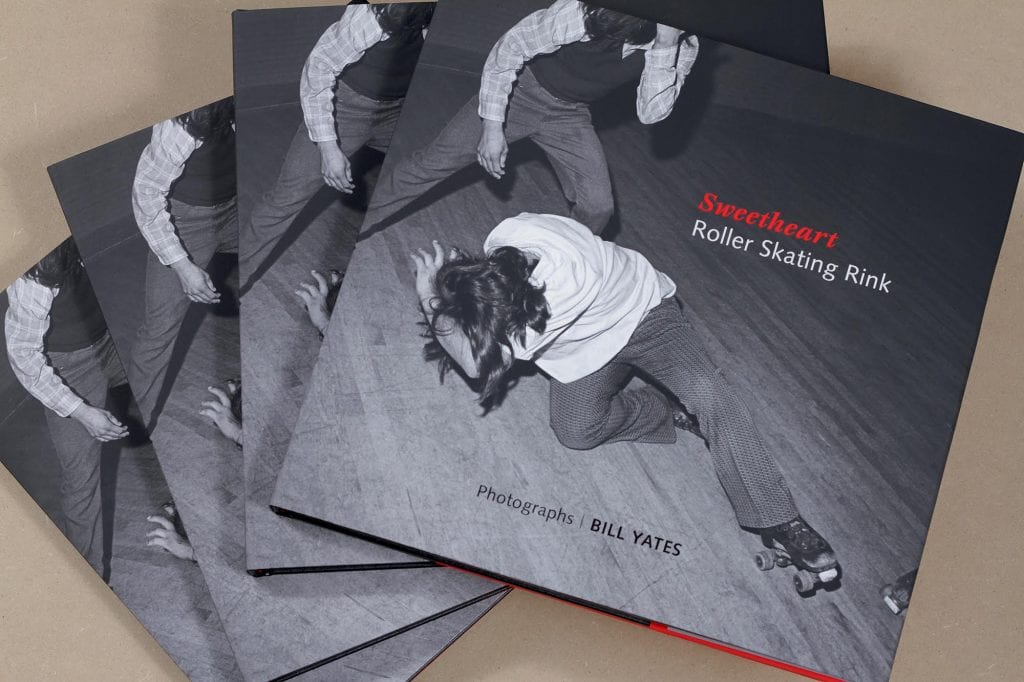 ArtsATL: You have gained a lot of attention this year with the release of Documentum, an unusual oversized periodical featuring contemporary photography; and more recently, Sweetheart Roller Skating Rink, a classic documentary photo book of black-and-white images from the ’70s by Bill Yates.  What is your in-line programming for 2017?

Boling: Sweetheart Roller Skating Rink is flying out of the door. We have a special edition that will be distributed after Thanksgiving through our website and a few selected bookstores in Tokyo, London, Paris as well as the West Coast, New York and points in between.

We also have Jeff Richs’ book, Watershed: The Tennessee River, coming out which we are fundraising for through Kickstarter. We are planning to release it in the first half of 2017. We also have books in various states of development with Carl Martin, Anderson Scott and Laura Noel. And we are looking to bring Alexander Nemerov, chair of the department of art and humanities at Stanford University, in February or March of next year. He will give a lecture that deals with the collaboration between Diane Arbus, his aunt, and the poet Howard Nemerov, his father. Alexander Nemerov is an excellent writer and photography person, who wrote one of the essays for Sweetheart Roller Skating Rink as well as for Documentum.

ArtsATL: Talking about Documentum, what will the next issue look like?

Boling: The next edition, Cross Cut, will be coming out in February. It will be focusing on people who are using Instagram to create archives, typologies and all sorts of obsessional use, and it will not only be artists and writers but other people that are using it in an interesting and beautiful way.

ArtsATL: You have recently added a new imprint called Two Paths Press, as well as a new initiative, Fall Line Projects, both of which extend your work beyond the classic photo books. Can you tell us how they came about?

Boling: We now have designers and the knowledge on how to do beautiful books. We have partnered with art institutions which have the need to produce high-quality art books. Early this year, we published a book in conjunction with the Museum of Contemporary Art of Georgia on Hebert Creecy’s painting, a beautiful monograph that we are very proud of, and we are currently doing a project with the City of Atlanta Bureau of Cultural Affairs for a book that will be about the 40th anniversary of the Atlanta Jazz Festival.

We created Free Fall in 2011 and this year we have had Fall Line Projects, which has its own website and which is more for zines and films, for things that are faster and smaller. That is directed by Patricia Villafañe and we expect to do more of that. 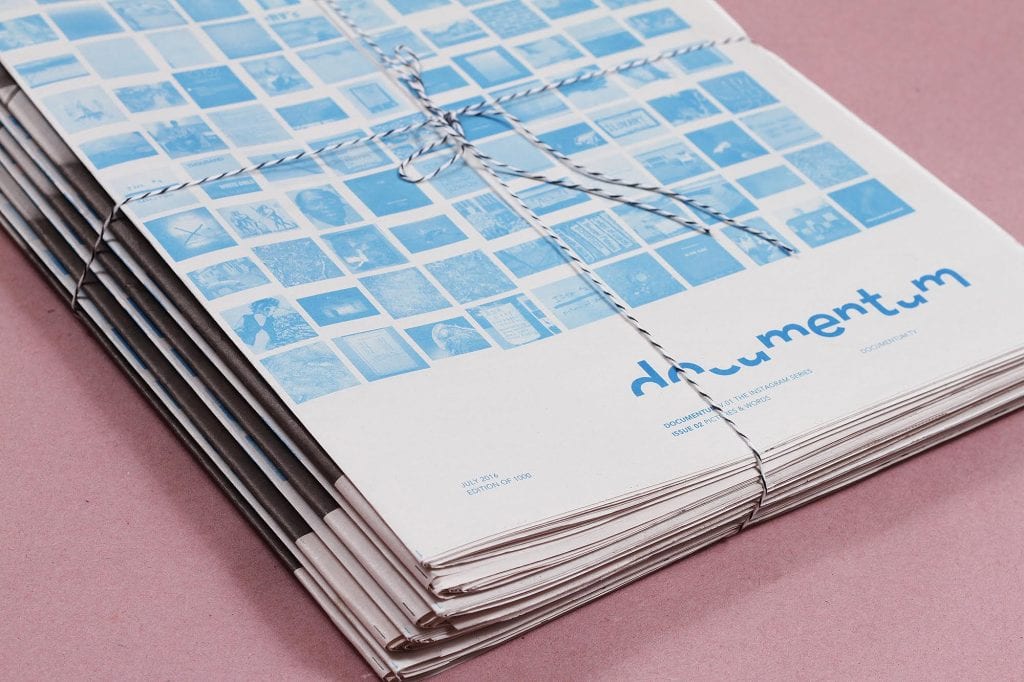 ArtsATL: What can be expected in terms of your editorial line? Will you continue to represent photographers from the South?

Boling: We are a Southern press, but we are not limited to that. We are based in the South with access to great photographers and great artists either about the South or growing out of the South. We are really keen to be connecting to that and this is where our roots are, but we don’t think of ourselves as a regional press at all.

We are currently working on a project with Corinne Vionnet, a Swiss photographer. In 2012, we have had the opportunity to publish America 101, by Arthur Grace, a Los Angeles-based photographer whose editorial work is done all over the world. We also published Kael Alford from Texas with Bottom of da Boot. We worked last year with Debbie Fleming, who is based in Louisiana and, of course, Bill Yates this year, who is based in Florida.

ArtsATL: Where do you set your limits?

Boling: We think of being limited to excellent projects that are worthy of a book. This is where we limit ourselves to. Books are expensive to produce and they take a long time. Because we are a small independent press, we can do only so many of those a year. We are looking for the opportunity to do books in smaller edition, 250 or 350, that will be released in series, as opposed to thousands of hardbound books which take time to ramp up in terms of design, production and distribution. We are looking at shifting in that direction, too.

ArtsATL: More and more photographers publish their own books. Do you feel threatened by the advances of self-publishing platforms?

Boling: No, I think it is fantastic and this is one of the things I talk about when I do my publishing workshops. I am a big believer in self-publishing, it’s where I started out. I think it can be sometimes a better route to go than to work with an independent press like ours. You can move more quickly. There are some limitations to it but there are also advantages to it. And I should add that we have always carried in our bookstore self-published books and we will continue to do so from artists that we know and that we like and we are eager to support.

ArtsATL: In addition to producing and publishing books, you opened a bookstore and a reading space. Is it a necessity in the current economy or a personal initiative?

Boling: The bookstore for us has always been important to building community. It is about gathering art book lovers, artists and patrons. It is a place where we can all come together, and meet and talk about books. We will open a new space next year on Drewry Street, next door to my law office. We will have our reading room there, which will be open to the public again and we will have a store that will include vintage and rare photo books, both online and in our store.

ArtsATL: So it will be a continuation of what you had last at Atlanta Photography Group?

Boling: Yes, but much bigger. This new space will be about 1,000 square feet and we will be able to do more signings and all kinds of events that we have done in the past.