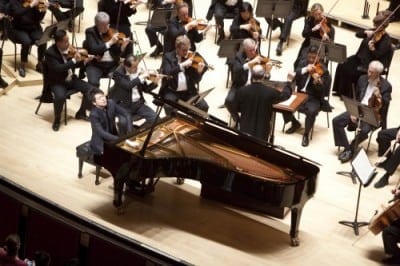 On the way to Symphony Hall on Wednesday, I ran into Reid Harris, the Atlanta Symphony Orchestra‘s principal violist, standing in line at a coffee shop. How was this afternoon’s rehearsal with Lang Lang? “He’s doing the Elvis thing, decked out in leather pants,” came the reply. “But his Chopin is sounding really good.” 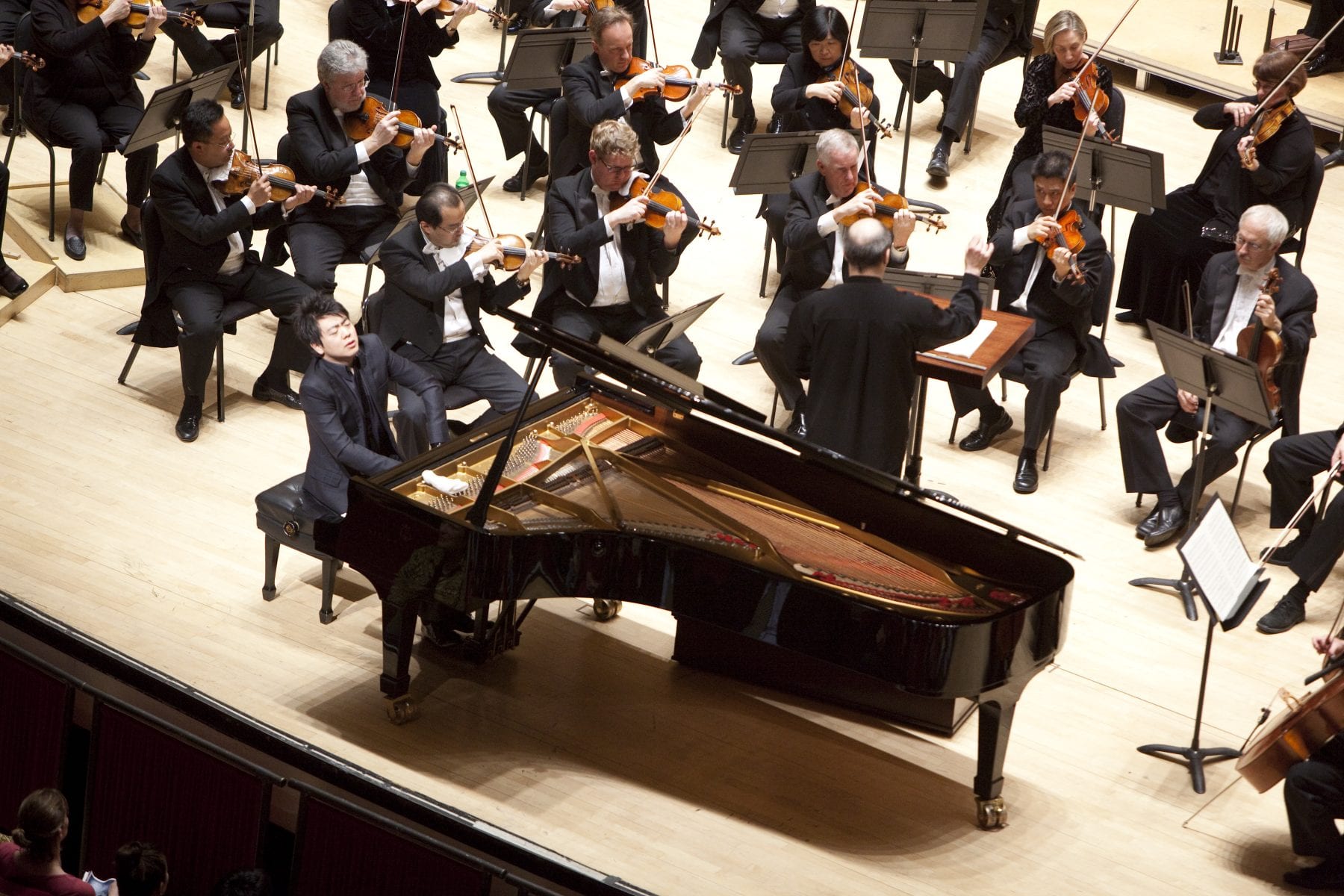 Lang Lang isn’t the world’s greatest pianist — whatever that would entail — but he is likely the most popular, the reigning King of Classical. His program bio puts the numbers up front: sold-out concerts; recordings that break into the pop charts; 5 billion people watching him during the opening ceremony of the 2008 Beijing Summer Olympics, where “he appeared as a symbol of the youth and future of China”; cracking Time magazine’s 100 Most Influential People in the World list; and being a role model for the 40 million or so Chinese kids who are said to be learning European classical piano.

But the 27-year-old had a very traditional education, including studies with Gary Graffman at Philadelphia’s Curtis Institute of Music. Nevertheless, he probably gets more attention from the mass media than he does within old-school classical circles.

No one was disappointed Wednesday. Atlanta’s sold-out, one-night-only performance was a warm-up for the Savannah Music Festival‘s opening event Thursday evening. For the pianist, it was the start of a barnstorming tour, some 25 cities in 30 days. In Chopin’s achingly poetic Piano Concerto No. 2, Lang Lang proved that he’s maturing into a substantial interpreter and has shed a youthful tendency for ostentatious display (for which he’d been dubbed “Bang Bang”).

His Chopin is now caressing, delicate, searching. He breathed with conductor Robert Spano and the orchestra and slipped gracefully into singing lines from below rather than above. It was a modest and loving reading, more about Chopin than about Lang Lang. Under fingers of steel, he crafted the second movement’s opening theme in dreamy, liquid phrases and stretched the brief solo passages into dramatic narratives. These were divine moments.

For his only encore, Lang Lang returned with Chopin’s “Heroic” Polonaise (No. 6 in A-flat), delivering a palette of colors and fiery power not heard much since Vladimir Horowitz’s heyday. The pianist pounded so hard on the keys I worried he might pop a string on the nine-foot Steinway. Two teenage boys seated near me, both studying piano, were ecstatic; they proclaimed Lang Lang their idol. The ebullient audience called him back for encores until, finally, Spano escorted the orchestral musicians off stage. 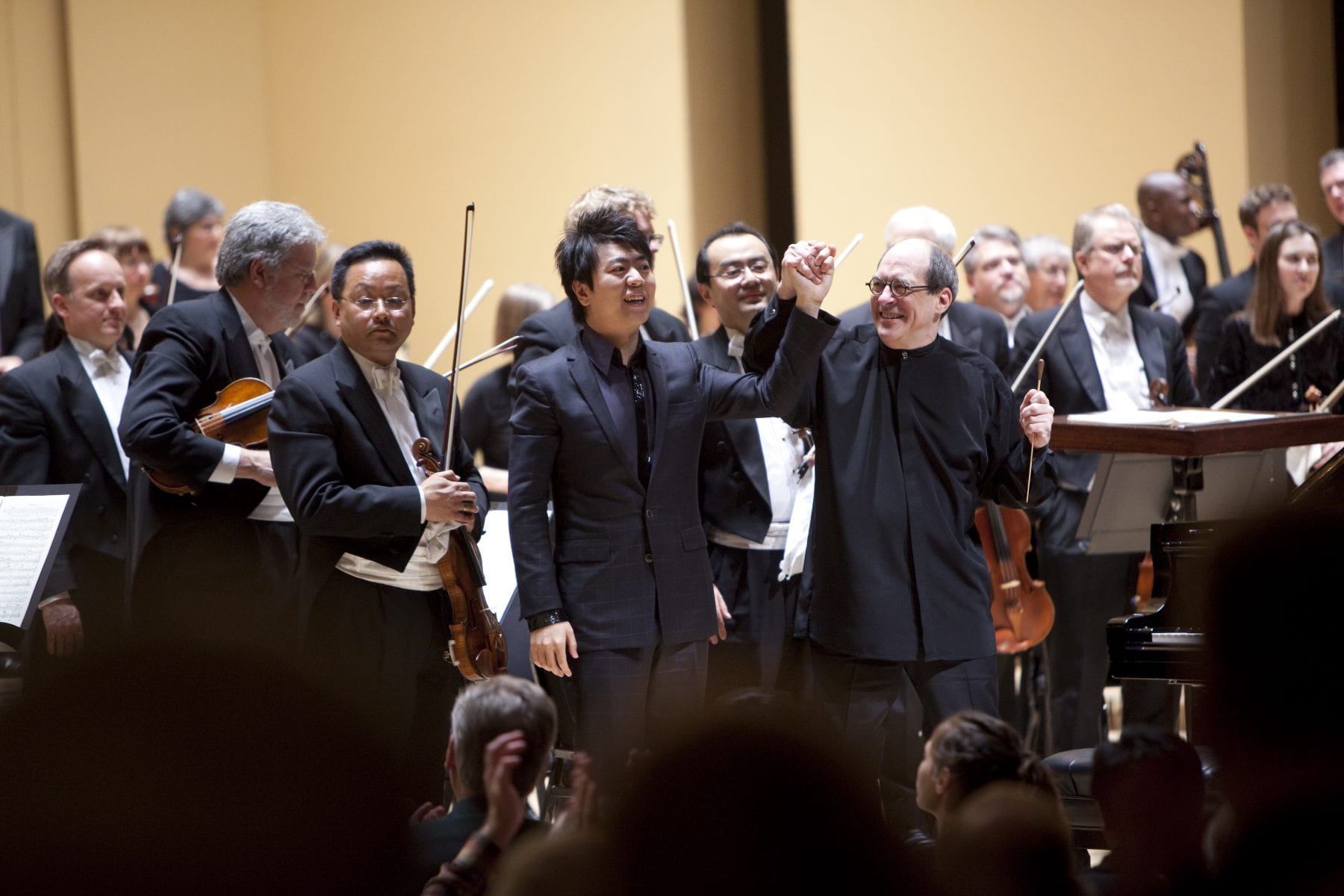 The concert opened with Tchaikovsky’s Symphony No. 5, which was sometimes very careful but often viscerally charged. In the songful second movement, Spano let the melodies unspool organically and he judged the portamentos — a Romantic sliding from note to note — beautifully. One might guess it will come together perfectly for the Savannah performance.