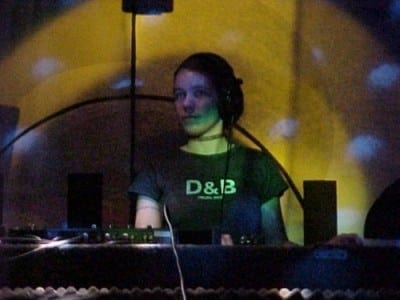 The Cobb Symphony Orchestra, one of metro Atlanta’s better semi-professional ensembles, has been on a growth curve since Michael Alexander took over as music director five years ago. Even in this economy, the orchestra’s ambition hasn’t been stymied. In October, they found a measure of success in Mahler’s “Resurrection” Symphony, with the stage packed by some 200 orchestral musicians and large chorus — and with two fine vocal soloists in the balcony above. That concert was sold out.

Over the weekend, at the Murray Arts Center’s black box theater, in Kennesaw, the orchestra slimmed down to its core for two world premieres by Atlanta composers. Robert Cronin’s Flute Concerto was the first work commissioned by the CSO in its 51-year history. The concert also included the premiere of an older work by a CSO trombonist: Jen Mitchell’s ballet suite “The Pond.” The program was constructed around Aaron Copland’s “Appalachian Spring,” the populist and sophisticated masterpiece of American music, performed in an abridged concert version and for 13 players. This set a loose parameter on the size and scope of the new works. Delightfully, this concert was sold out, too.

In an AJC review (which hasn’t appeared online), I wrote: “Cronin is an Atlanta Symphony flutist and a skilled composer. He wrote his new Flute Concerto for the woman who sits next to him in Symphony Hall, his wife, ASO principal flutist Christina Smith.

“The 25-minute concerto is in two movements, loaded with contrasts and textures and fantastically difficult passages for the solo flute. It revolves around a pair of repeated motifs: a tritone for the clarinet that slithers menacingly and a brassy fanfare punctuated by attention-grabbing percussion. Cronin (born in 1967) expertly gives each of his 18 orchestral players grateful lines to play. The scoring is surprisingly brawny for a small ensemble.

“A commanding player, Smith wields her flute like a weapon, or purrs and bites and then trills at the speed a honeybee flutters her wings. Cronin’s musical voice seems to emerge from the academic, eclectic American style of the late 20th century, somewhat in the John Corigliano camp. But Cronin is his own composer, and his concerto is densely tonal, melodic without offering many ‘sticky’ melodies and somewhat grey in overall sound color.

“In the second movement, the composer uses (and then overuses) a Flexitone, a unique, circus-sounding percussion instrument of daffy comic appeal. Yet the concerto’s best moments were simply lovely — as when Smith and another player (on vibraphone or clarinet, for example) sang a tender bel canto duet.

“Jen Mitchell’s ‘The Pond,’ for 16 players, is ballet music based on a Brothers Grimm fairy tale: a familiar love triangle with a happily-ever-after ending. “Musically, Mitchell is a dynamic figure on the local new-music scene. A trained composer with degrees from Georgia State University, she’s mostly known for spinning electronica — she won the Best Club DJ award in 2006 from Creative Loafing, an Atlanta alternative-weekly magazine. (Above: DJ Lil Jen, aka Jen Mitchell. Photo by David Horton; borrowed from her Facebook page, with apologies.)

“Yet ‘The Pond,’ lasting 17 minutes, was a sharp student work, embedded in familiar sounds from music history class, such as Stravinsky’s jazzy neoclassicism from the 1920s. Mitchell handles the orchestra with flair, and there’s a lightness and transparency to her scoring. I loved the way she deployed trumpet and trombone and string pizzicatos. Still, one sensed there’s a bolder, much more contemporary sound waiting to escape. As always, the hardest part for an emerging composer is discovering her mature, unique voice.” Mitchell has the talent to go far. Can she push herself to get there? Where Alexander handled the premieres, CSO associate conductor John Young Shik Concklin led “Appalachian Spring.” I’m always happier hearing the leaner, edgier, more incisive 13-instrument edition of this seminal 1944 work, which seems to evoke a “greatest generation” aesthetic, of a resilient people who struggled through hard times with their dignity enhanced. (Perhaps the full-orchestra version — which Copland re-worked in the 1950s and is today heard most often — speaks better to the baby boomers by reflecting their bloated self-indulgences. Has The Great Recession now forced us back to an earlier cultural mindset?)

But I digress. Concklin’s beat is clear, his sense of rhythm strong, and despite a few instrumental flubs, Copland’s masterpiece emerged freshly scrubbed, as vital as ever.