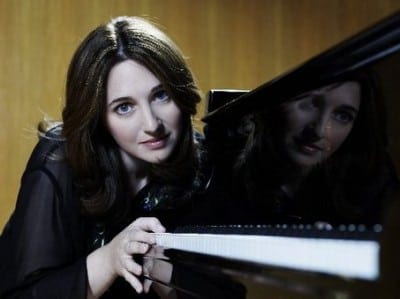 Review: A peek at pianist Simone Dinnerstein in recital at Rich Auditorium

Before Sonic Generator fired up the amplifiers and laptops for a show called “The Body Machine,” a performance of way-cool classical music in the High Museum’s Hill Auditorium — to be reviewed tomorrow — another, quieter performer took a stage nearby. Simone Dinnerstein came to national attention a few years ago when music critics noticed an obscure pianist play Bach’s “Goldberg” Variations with a rare spark of freshness and life. The critics told their friends, who wrote about Dinnerstein, and told Telarc Records, which produced her first CD. It became a best-seller.

Soon she was an overnight wonder — a first-rate American pianist who hadn’t come to prominence by slaying her rivals at a piano competition but, as if from a more enlightened era, made it purely on the strength of her interpretation. 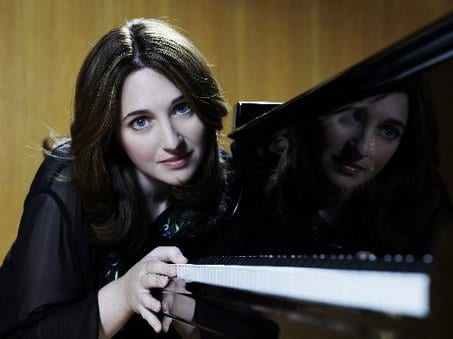 Beginning Thursday, Dinnerstein will perform concerts with the Atlanta Symphony. Generously, she gave a free, hour-long recital Wednesday evening in the Woodruff Arts Center’s Rich Auditorium. Alas, only a couple of dozen people were in the audience. (What’s up with that?)

I didn’t catch her playing Bach’s Fifth French Suite — Sonic G started at 8 across the plaza — but her impassioned and intelligent reading of Schubert’s Four Impromptus, Op. 9 (despite the auditorium’s rickety piano) was to savor. Like the best Schubert interpreters, she doesn’t try to smooth out the composer’s idiosyncrasies and the unending eddies that distract from the main flow. Instead, she plays into them, coloring each wisp of an idea for maximum effect without losing the longer sense of line.

There was no abstraction in the Impromptu No. 2, for example, and you could hear the rippling stream and enjoy the lulling quality of sitting on a bank, feeling serene and refreshed yet tinged with melancholy. I can’t wait to hear her with the ASO.