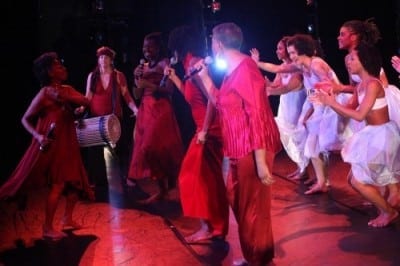 This is Daryl Foster’s second piece for ArtsCriticATL. He is the founder and co-artistic director of LIFT, an organization built to attract and retain male dancers in Atlanta through performances and mentoring. — Cynthia

It is around 9:45 a.m. when I arrive at the Park Slope home of Jawole Willa Jo Zollar, choreographer and artistic director of Urban Bush Women. It’s a reunion of sorts: Zollar was my boss when I lived in New York, and later my professor while I was an MFA student at Florida State University. I’m excited to find out as much about Urban Bush Women as I can to share with readers before the troupe’s January 22 performance at the Rialto Center for the Arts, in collaboration with the National Black Arts Festival. 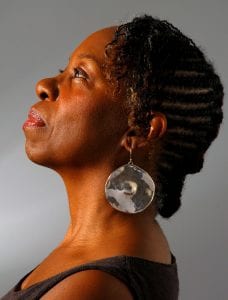 Zollar created Urban Bush Women in 1984 out of the frustration she was experiencing as a non-traditional dancer: she had the wrong shape, wrong technique or wrong body type for the companies of her day. Now, triumphantly, UBW has celebrated 25 years.

She invites me in and immediately begins to speak about various subjects, as I become completely distracted by the framed posters, photographs and artifacts that greet me in the entrance of her eclectically furnished home. Posters from her works over the years hang proudly: an autographed Alvin Ailey poster filled with company signatures, and to its immediate left, other frames showing her with contemporary dance legends Bill T. Jones, Doug Varone and Dwight Rhoden. In the center is a large framed poster of Zollar from her latest work, “FLY: Five First Ladies of Dance.” The show featured Zollar, Carmen de Lavallade, Germaine Acogny, Diane McIntyre and BeBe Miller in a series of solos choreographed and performed by the ladies. The event was sponsored by the Brooklyn Academy of Music in partnership with 651 ARTS and has toured several times to rave reviews.

After a quick tour, we exchange feng shui tips and sit down to a continental breakfast of English muffins, green tea and a Senegalese potato salad she recently learned to make on her latest trip to Africa. A few sips into the tea and it becomes apparent that the questions I’ve prepared for today will be of little use, as Zollar speaks intently about her recent trip. She has worked in Africa several times over the years, most recently in collaboration with Compagnie Jant-Bi of Senegal. This was her first time collaborating with another company, and it has been a rewarding experience. African contemporary dance is hot right now, and she believes it will have great influence on the future of the genre.

Just one year after celebrating 25 in the business, Zollar has decided to do something unexpected. Never one to get too comfortable with any particular situation (including dancers), the UBW artistic director plans to give her dancers what could best be described as a sabbatical. She plans to suspend touring for the performance portion of her company and focus on organizational restructuring. She assures me that she is not stepping back due to financial distress or any other issue out of her control. “I want to be able to come into the studio and just be an artist, and not have to focus on company management, dealing with personal issues between dancers or logistics,” she says. “I just want to show up and create.” The hiatus from touring is to begin in the fall of 2011. 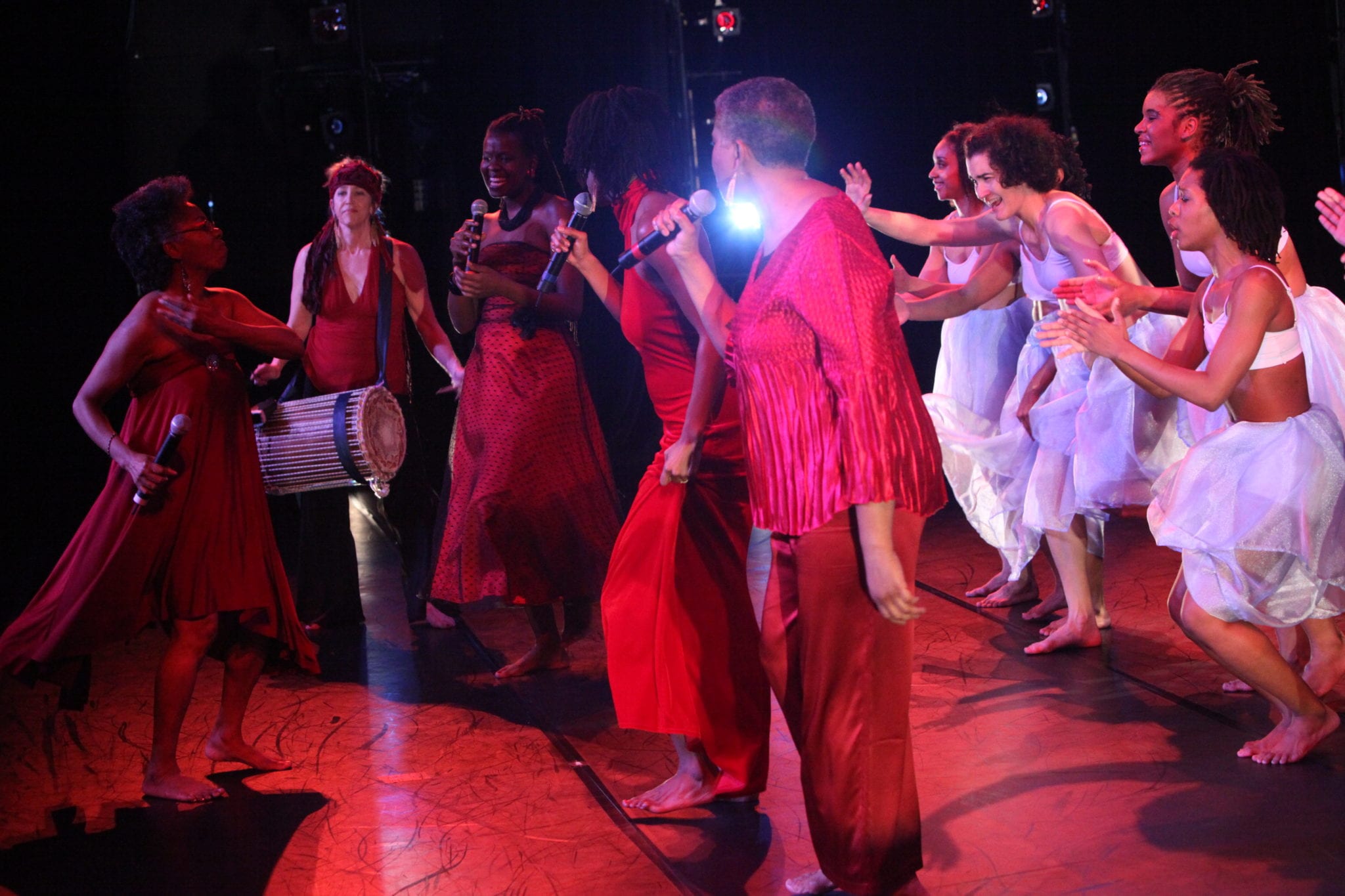 A scene from "Zollar: Uncensored," a 25th-anniversary program. (Photo by Ayano Hisa.)

Over the next year or so, Zollar and key colleagues will focus on developing a new UBW business plan and on branding that conveys a clear and consistent model. The company will continue its commitment to New Orleans through the UBW Summer Institute.

Over the past 20 years, the institute has allowed Zollar to pursue one of her favorite passions, community involvement. Since Hurricane Katrina, the UBW summer program has become even more of a need for New Orleans, with local participation reaching 50 percent. The institute serves as a training ground for Zollar’s mission, to teach people from the community to address the needs of underserved people, to help eliminate poverty, and to undo racism and homophobia.

Zollar will also continue to codify her dance technique, called Zollar Technique, which in essence helps people find their excellence and functions through a system of self-validation and permission. “You are the authorizer of your experience, and you are responsible for your own motivation,” she says. “Authentic dancing comes from honoring your own body.” Her technique uses these principles along with Dance Theater techniques and aspects of Afro-modern dance and Bartenieff Fundamentals, which develop useful connections throughout the body. 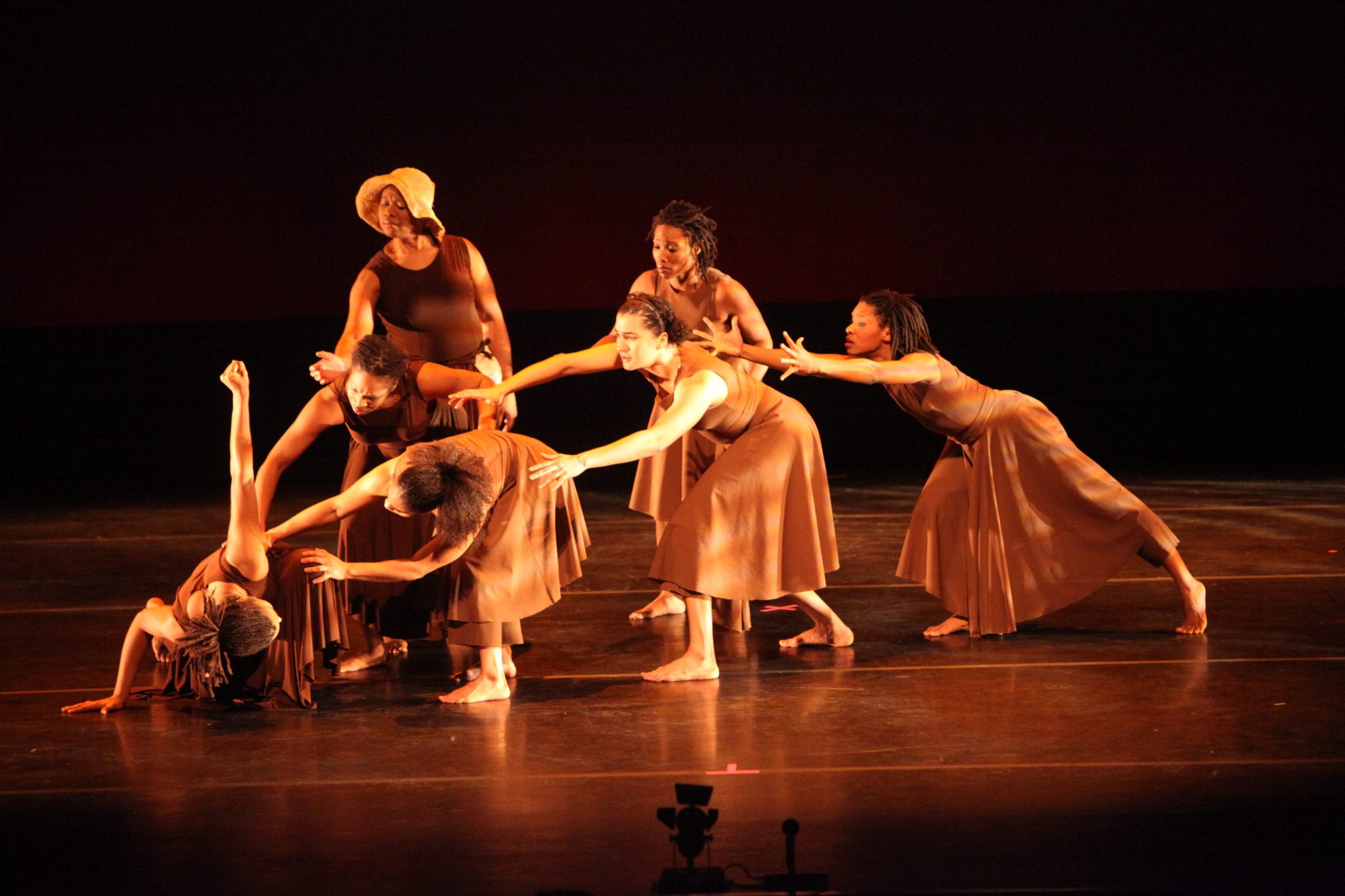 Urban Bush Women in "Walking With Pearl: Southern Diaries," a tribute to Pearl Primus, which they will perform in Atlanta. (Photo by Ayano Hisa.)

At the Rialto, the troupe will perform four pieces, including “Naked City,” a new work inspired by the 1958-1963 television series. That police show’s famous tag line was, “There are eight million stories in the Naked City. This has been one of them.” The series played off of many stories to build its drama. In much the same way, UBW’s “Naked City” is also inspired by Toni Morrison’s novel “Jazz.” Zollar spoke passionately about how the novel focuses on the lives of women during the Great Migration — the epic move of African-Americans from the Deep South to the industrial North — and their connection with the cities where they settled.

Also on the Rialto program is “Walking With Pearl: Southern Diaries,” created in honor of modern dancer, choreographer and anthropologist Pearl Primus. The work features choreography from Primus’ seminal work “Hard Time Blues,” as well as text from interviews with Primus and Langston Hughes’ poem “From Here to Yonder.”

UBW’s season should be exciting to say the least, and I will miss them during their time off. The next time around, Zollar says, she’ll take a new approach to selecting dancers and will develop the type of organization that will foster ultimate creativity and success for the next 25 years. I don’t doubt her.