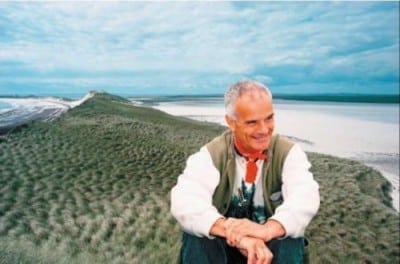 A few years ago, New York’s Orpheus Chamber Orchestra started a “New Brandenburgs” series. Six composers were commissioned to write a companion piece to one of Bach’s six “Brandenburg” Concertos.

The conductorless Orpheus gave the “Sea Orpheus” world premiere last week on tour in Richmond, Va. They will take the same program to Carnegie Hall this Saturday, Feb. 6.

Sir Peter, who is known to everybody simply as Max, is quite the character. Born in Manchester in 1934, he was a fiery leader of Britain’s avant-garde in the 1960s, and perhaps his best-known work, “Eight Songs for a Mad King,” from 1969, is a highlight of that period. In some respects, he created a musical parallel to the Brutalist architecture of postwar London or to playwright John Osborne, whose “Look Back in Anger” helped define a generation of British youth. 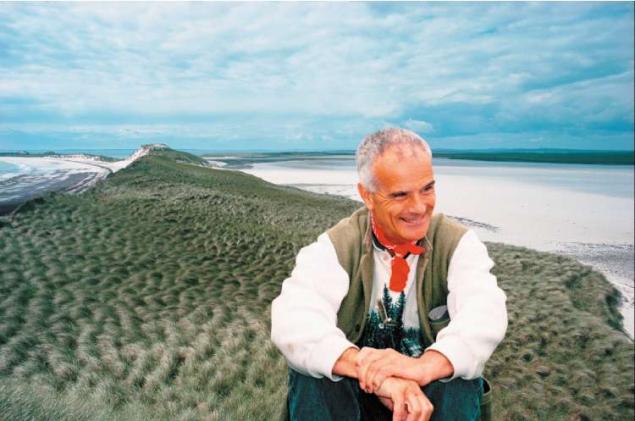 In the 1970s, after Max moved permanently to the rugged, wind-whipped Orkney Islands, off Scotland’s coast, he mellowed a bit. Medieval and Renaissance techniques were always of interest to him; now pastoral and folk elements entered his style. The combinations gave him a Mahler-sized vocabulary and mindset, and his big symphonies speak of the cosmic and the intimate. He’s today among the most admired composers in the world. (In 2007, the Atlanta Symphony and conductor Donald Runnicles performed Davies’ “An Orkney Wedding, with Sunrise,” a delightful piece that ends, theatrically, with a bagpiper coming down the aisles. The ASO recorded it for Telarc.)

I spoke with Max this morning. He’s in New York for a week of teaching at the Juilliard School, awaiting the Carnegie performance of his latest work.

Pierre: Tell me about “Sea Orpheus.”

Max: It was quite a challenge to write something to pair with Brandenburg 5 — I’ve never done anything like this before, anything resolutely neo-classical — so it felt like I was sticking my neck out. I was looking for the forms and textures you get in Bach. It’s quite spare, not lush at all, and I imposed a kind of Bachian discipline on myself. Right at the beginning there’s a quote of medieval plainsong, “Tantum ergo Sacramentum,” and I give it to the cello. That motif goes on all the time as a sort of background.

Pierre: And it’s based on the poem “Sea Orpheus” by George Mackay Brown, your neighbor on the Orkney Islands.

Max: Yes, I dedicated “Sea Orpheus” to his memory. The poem is very close to me. I was living on Hoy [one of the Orkney Islands] with the sea lashing all the time. He was a close friend. This poem brings out sea imagery, lapping waves … and Orpheus and Eurydice … 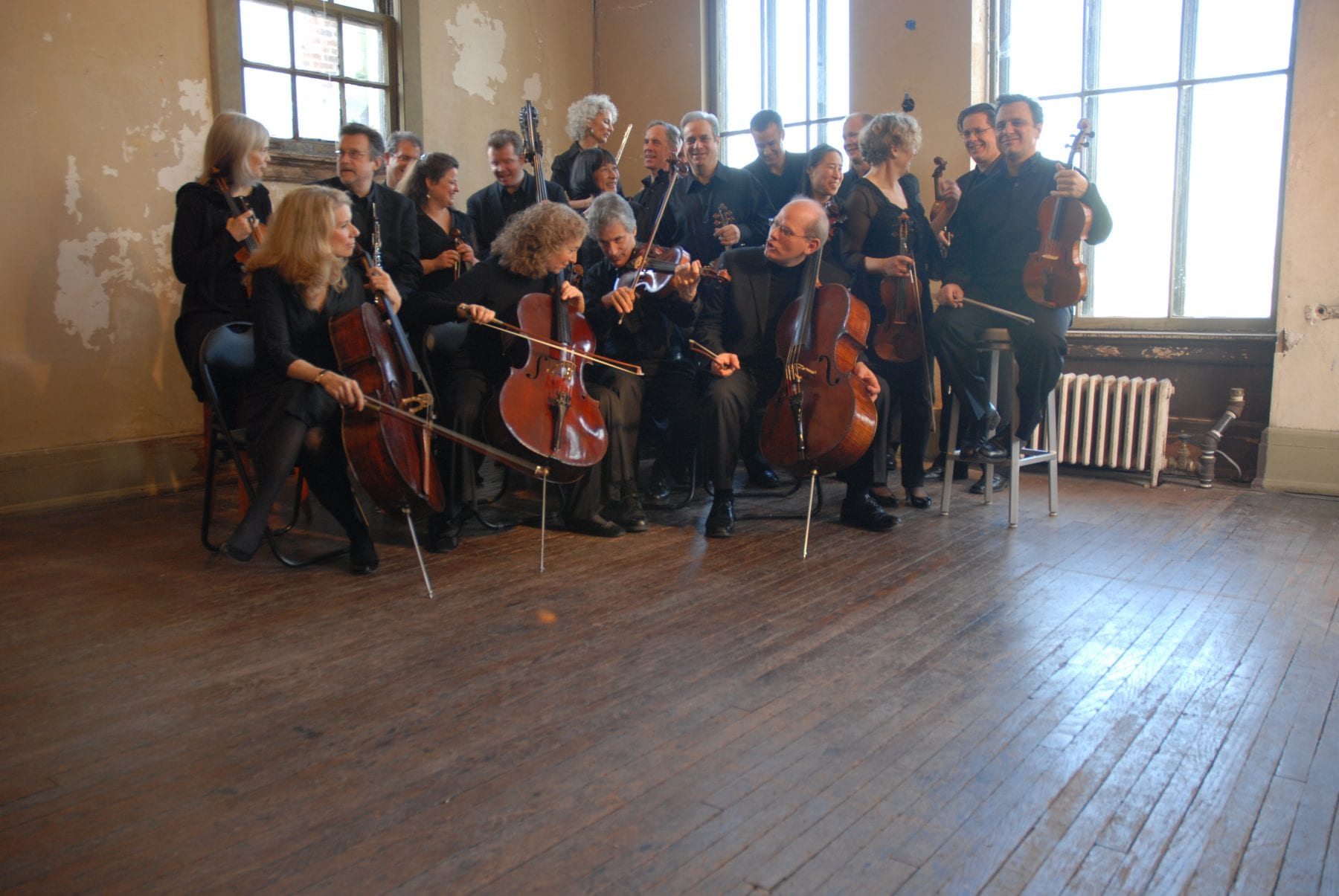 Orpheus Chamber Orchestra, which cuts out the middleman and performs without a conductor. Photo by Larry Fink at Studio 535

Pierre: I guess Bach wrote his Brandenburgs on spec, hoping to get a job, and didn’t tailor the parts to specific musicians. What about you?

Max: I know the Orpheus players only by recordings. They’re virtuoso players and an exceptionally good ensemble. The piano part was going to be played by Angela Hewitt, but she’s chickened out. She’s a wonderful artist, but she must have taken on too much to learn it.

Pierre: Had she seen the score before she backed out?

Pierre: I love these tales from world premieres! If in a hundred years “Sea Orpheus” is standard repertoire, there will be the legend of the famous pianist who refused to play it — although it will be totally transparent to future audiences. Bach is one of Hewitt’s specialties, and maybe she thought it would be more like Bach and less “modern.” Is the part difficult?

Max: Yes, that might be it. But I can’t play it myself on the piano, either. I quit performing 40 years ago after I’d given a few recitals and thought, “No, I need more time to compose, I can’t spend the time practicing that it takes for a pianist’s career.” I was about 35. I just took the same decision about conducting, even for my own music. I’m 75 and it takes too much time. I stopped this year.

Pierre: But think about all the aerobic exercise you get conducting, waving your arms around? That’s got to be good for longevity.

Max: [laughter] Oh, I think living on the island and taking the dog for long walks serves much the same purpose.

Pierre: I need to ask you about the scandal that brought you publicity for terrible reasons … your manager had embezzled everything, and led to what’s been described as a creative block. That was just in 2007.

Max: My former manager is a guest of her majesty in Wandsworth Jail. He pleaded guilty, he had gambled it all away, and there was nothing left — nothing. For a few weeks it looked like I’d be thrown out of my home: the taxes hadn’t been paid in three years, the mortgage hadn’t been paid, there wasn’t a penny in my bank account. My neighbors on the island were bringing me food. Huge bank overdrafts. It’s just money, but I absolutely trusted them [the manager and his wife], they were my family; that was devastating to me. The British Library came to my rescue — they had bought a load of my manuscripts and were going to pay me later, but they managed to give me what I needed to stay in my house and live. The British Library saved my life.

Pierre: And your creative work?

Max: After weeks and months I thought, “You’re being very silly, you’re a creator, just get on with it.” By willpower I started writing again, and it came back to me. It was terribly traumatic …

Pierre: [talking about Max’s life] Did you know Ben Britten well? Was he supportive of you as a young composer?

Max: I didn’t know him all that well, but we had several good exchanges of letters and I’d see him from time to time. I got a telegram from him before one of my premieres. That was a very encouraging moment. The other one was Aaron Copland, who was also very supportive of my work. In 1956 or ’57 he sent me a letter saying, when I felt ready, to write to him and he’d recommend me for a scholarship. And, guess what, I got it. That was one of the turning points for me. 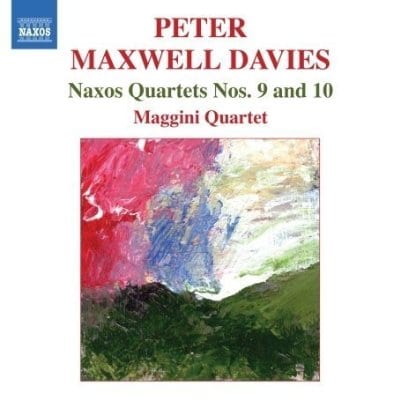 Pierre: I’ve been making my way slowly through your Naxos String Quartets [the record label Naxos commissioned him to write a set of 10 quartets]. They need a lot of listening, but they’re less dense than a lot of your work and satisfying when you finally crack then open. Some of my colleagues are comparing them to the epic Shostakovich quartets. They’re so full of ideas and life.

Max: “Sea Orpheus,” too, is dense and will require a lot of concentration. It’s a serious piece. As a composer you have to bear witness to what you’ve experienced, to your own life experience and to the people who are listening. Any structure [in the music] has to make sense to the ear. I realize in the Naxos I was reaching out to the same kind of thinking as “Sea Orpheus.”

I want to tell you a story. I’ve been getting at lot of attention for my 75th birthday this year, and I heard a very young quartet, really just children — they were students at the Royal College of Music –playing all 10 of the Naxos quartets. It was marvelous. I thought, “Yes, it was worth writing that!” These young people came with no prejudices, no fears of technical difficulties, complete confidence and emotional involvement. I was very moved — I recommend that any composer get to 75 just so you can hear the younger generation’s take on your music.

Pierre: Yes, a few summers ago I heard a student string quartet play Elliott Carter like it was Mendelssohn. They were playing it for fun, as pure pleasure. No hang-ups …

Max: [talking about Mahler symphonies and delayed appreciation] If you’re going to make a big statement, I feel that symphonic form has a huge possibility for development without being slavishly tied to the past. “Sea Orpheus” is like that, inspired but not tied to Bach. I’ve just come from a performance in Glasgow of my Fourth Symphony, and when it premiered [in 1989] the audience didn’t like it and the orchestra didn’t like it. Now it was a terrific success; they loved it. Some of my works were immediately accepted, but sometimes these things take time.