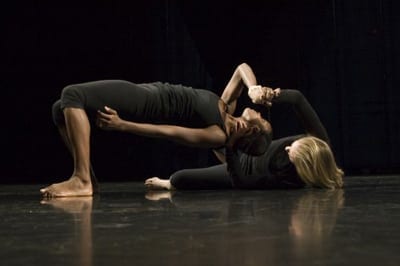 Last week’s ArtsCriticATL preview of “The Dance Project” announced the debut of Staibdance, an Atlanta-based contemporary dance company, in an evening of new works by George Staib and Greg Catellier. During a rehearsal visit, for that preview, I interviewed Catellier about his new piece, “The Stars are Bright, the Conversation Flows.”

This week, George Staib talks about his emotionally riveting autobiographical work, “A Foreign Discipline,” set to music by the Israeli group Tractor’s Revenge. Born in Tehran, Staib has been living in the U.S. since he was a teenager. “The Dance Project” opens this Thursday at 7 Stages Theater and runs through Sunday.
CBP: What ideas are you working with in “A Foreign Discipline?”

GS: I’m working with some images from my upbringing in Iran. I miss being tied to that culture and I miss being a part of that world. But it also brings up further conflicts … like how much of those ideas do you hold while you’re living in America, and how much do you want to ingrain yourself in this current society?

CBP: What aspects of that culture do you miss?

GS: When I was living there, I remember so much community, and I find that that kind of went away here. It’s the reliance on one another and strangers and friends and a sort of equal sharing, regardless of who was in or out of your life. I miss the robust way of living, the pressure-less way of living, the ease. However, there are parts of that piece that allude to distance, and cold and impersonal interactions with people, which also reflect the sense of not being sure where I fit in. When I was in Iran, I kind of didn’t fit in, because though I was an Iranian-Armenian, I went to an American school, so I stood out there. So I was in my home country, but didn’t fit in. When I moved here, although my father was American, I still didn’t fit in. So there’s this cultural identity crisis.

CBP: It sounds like the transition from Iran to the States was a powerfully dramatic experience. Is that reflected in the choreography?

GS: I’m hoping that that will come out — the incongruousness and the … personal conflict. In the last section, there’s a lot of abrupt partnering that throws people around. All these partnering moments are based on collision … trying to figure somebody out, but misunderstanding.

CBP: You had said “A Foreign Discipline” is a departure from choreography you’ve done in the past.

GS: For a long time my choreography was like, let’s just do what the music is saying. While I really love that, I’m trying to infuse it with a little bit more substance. 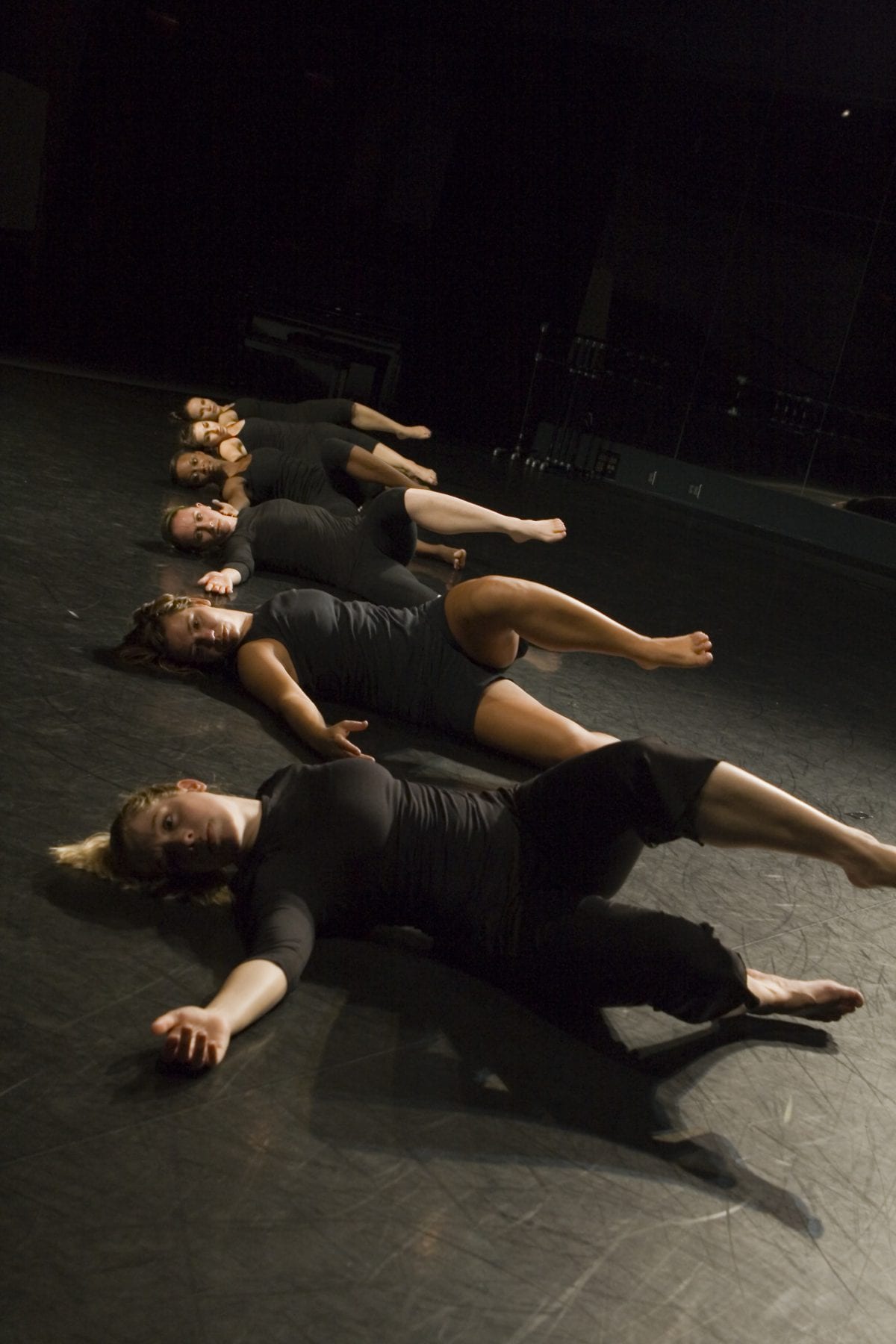 CBP: So if you’re at a point in your life where you’re able to use past experiences as a source, how are your methods different?

GS: In the past, I would allow the music to be a road map for me without altering it much. Now, I let the movement happen first and let sections happen and then try to find the music…. I let the dance unfold and let things take as long as they need to.

CBP: What’s your feeling about these new works in relation to other works you’ve done?

GS: There’s more inside them that I haven’t discovered yet, and these are things I want to hang on to. Whereas in the past … because they were so musically driven, I was like, “I’ve done all I could with this music and that piece is finished.” But, now, I feel like this is a great first draft for me. I think there are more questions inside it.

CBP: Is this your first autobiographical piece?

GS: It is the first that deals with a very specific time line and a very specific event. Lately, with dance, if there isn’t something I can draw from in my own experience and somehow make universal, it’s a lot harder for me. So, while some other pieces may have [autobiographical] elements, this one really does follow a 12- to 15-year-old George. In a perfect world, maybe it could evolve into an hour-long, evening-length piece with text and finite sections that really make it clear where it’s coming from. 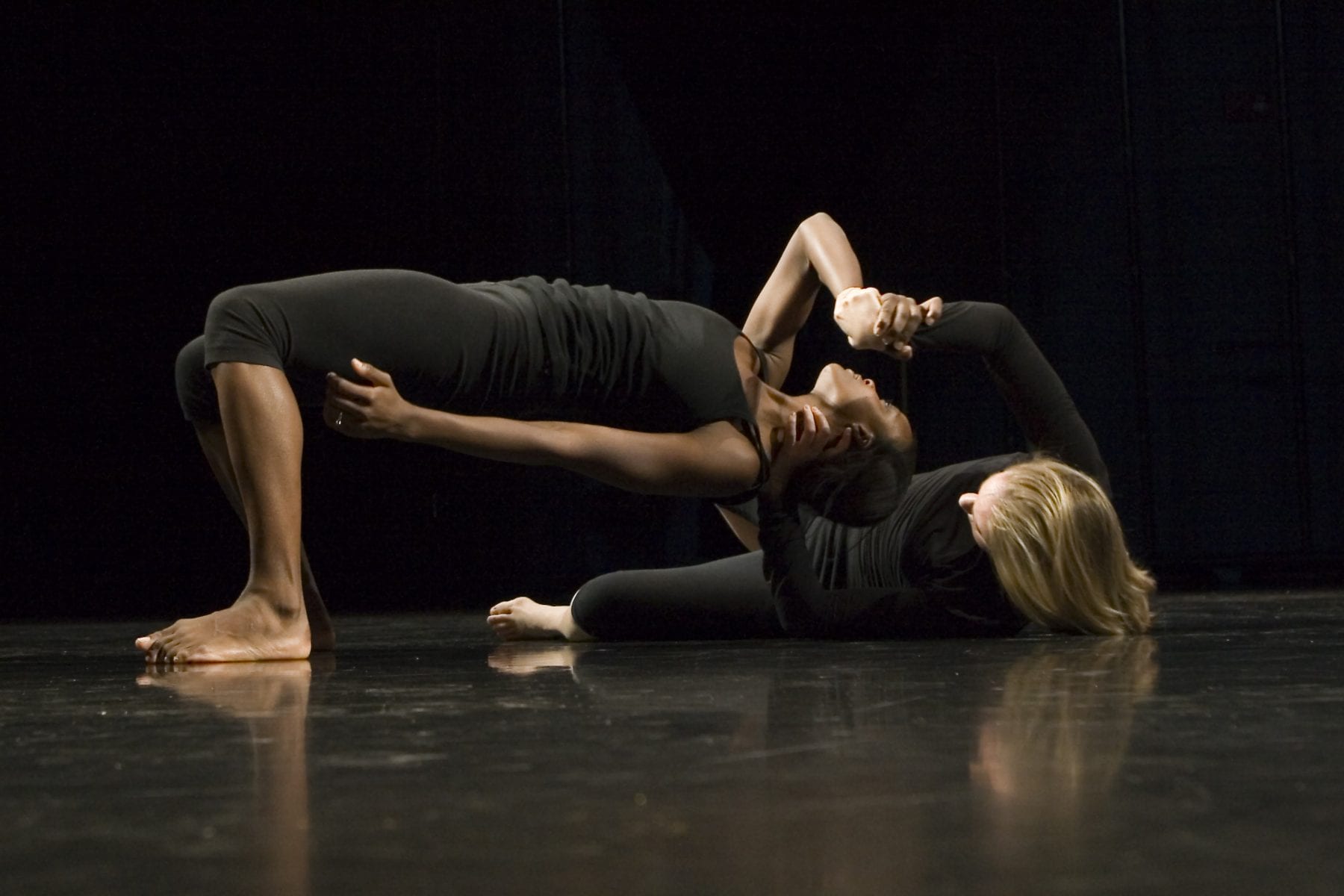 GS: We’re both hoping that people will come to see our things, and that they’ll recognize that what we’re doing is a little bit different for us. I’m excited about this group of people working with me. They’re very individualized as dancers, and yet there’s a homogeneity that’s developing which is really exciting too. And I hope people come.