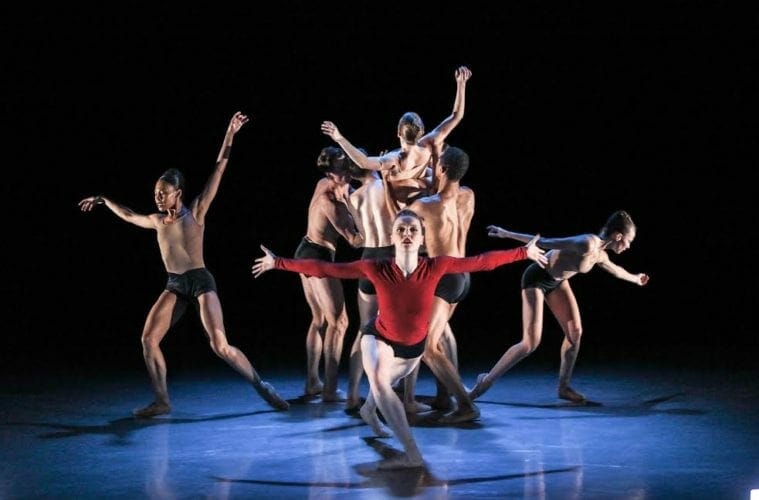 The evening will feature Walking Mad, set to Ravel’s “Boléro” by acclaimed Swedish choreographer Johan Inger, and Redbird, an abstract piece that reflects 29-year-old choreographer Myles Thatcher’s grief over the death of his mother.

Walking Mad was one of the first pieces Muir acquired after she was hired as artistic director in 2017. Created in 2001 for the Nederlands Dans Theater, it features a six-foot-high wall that defines and divides the space in multiple, unique ways. The dancers slam into it, climb on it, fall off it and push it over. The piece is bold, athletic and innovative, not what you’d expect the familiar, kitschy “Boléro” to inspire.

Charlotte Ballet has a rich history. It was founded in 1970 as the North Carolina Dance Theatre, an outgrowth of the North Carolina School of the Arts. It became a regular at the Spoleto Festivals in Italy and Charleston, starting in 1981; was named the nation’s highest-rated touring company by the National Endowment for the Arts in 1982; and made its debut at New York’s Joyce Theater in 2004.

The company appeared at the prestigious Jacob’s Pillow for the first time over the summer and in May 2020 will perform at the Joyce.

Unlike the upheaval that characterized Atlanta Ballet’s change of leadership in 2016, 95 percent of the Charlotte dancers stayed when Muir came on board; she’s pleased they include several dancers of color, representing the diversity of Charlotte itself. 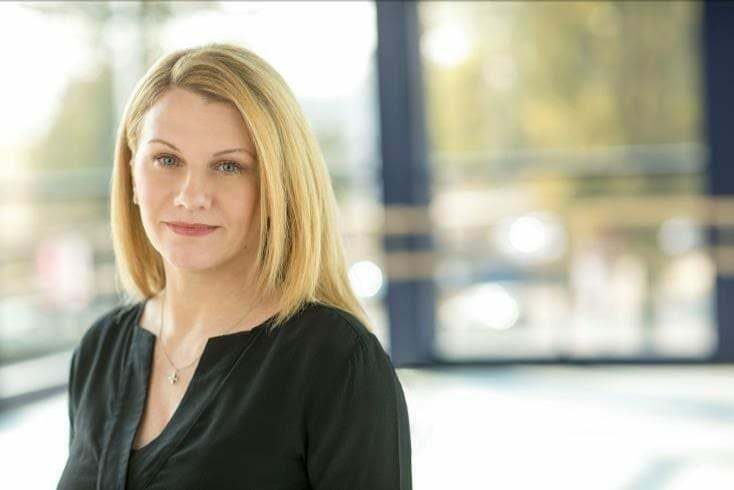 Hope Muir, artistic director of the Charlotte Ballet, is one of only a few women who lead American ballet companies.

“The dancers are excited about the new challenges and skills they’re learning; they were ready for a change,” she says. They had a lot to learn. At the end of her first season, Muir had presented the work of eight choreographers new to the company, two American premieres and five new creations.

Walking Mad fits Muir’s vision for the ensemble. “It’s a step the company needed to make and will help propel us into doing more contemporary work,” Muir explains. “It’s also important historically; Johan is from the choreographic family tree of Nederlands Dans Theater,” home of Jiří Kylián, who brilliantly redefined and reshaped ballet starting in the 1980s. Muir plans to acquire more ballets from contemporary European choreographers; she feels most American regional companies, Charlotte Ballet included, have lagged behind Europe in their commitment to new and fresh work.

Muir has Europe in her artistic blood. She danced with English National Ballet and later Rambert Dance Company. Prior to joining Charlotte Ballet, she was assistant artistic director at Scottish Ballet. Now she is in rare company — a woman leading an American ballet company is not the norm. When she arrived, she was shocked to learn that her dancers are not on 52-week contracts like most dancers in Europe. “When they go on lay off and I can’t look after them I lose sleep,” she says with a laugh. “I’m not saying a man wouldn’t have the sensitivity and compassion I feel, but it’s instinctive for me, that element of care.”

One way of caring for her dancers is to invite choreographers to create works specifically for them. “I want us to be a creation-based company,” she says. “I want works that highlight the dancers’ strengths so we are not wearing an ill-fitting suit.”

She feels a responsibility to spice up the repertoire in a way that will inform and educate her dancers and their audiences. “What we are doing here could be compared with what John [McFall] was doing in Atlanta,” she says. (Helen Pickett, former resident choreographer at Atlanta Ballet, created a pas de deux for Charlotte Ballet during Muir’s first season.)

But, says Muir, “You have to be really careful in programming contemporary rep to not jump too far, too fast. Otherwise the dancers don’t have a good experience; they don’t have the tools to access the work, and your audiences don’t know how to access it either.”

Choreographer Myles Thatcher is American through and through; born in Atlanta, he’s been a dancer with San Francisco Ballet since 2009. His choreography for that company’s school impressed Muir, and she commissioned him to do something for Charlotte Ballet. The result is Redbird, set to a sound score that mixes Schubert with sampling by Mexican electronic composer Murcof.

Thatcher nearly backed out of the project because his mother died suddenly two months before he was scheduled to choreograph and premiere the work. Muir gave him the option to postpone, but he decided to incorporate his grief into the creative process and produced what Muir describes as a very poignant piece. “He handled the loss with great dignity and grace and made a very beautiful work,” she says.

Thatcher loved working with the company. “Hope has some really mature dancers who are willing to sink their teeth into anything you give them and deliver immediately,” he says. “They are fast, they are smart, their quality is really high. I trusted them, and they trusted me.” Creating the work was both a distraction from his grief, he explains, and a way of processing it.

Muir says the Atlanta program will showcase the energy of the dancers in the troupe. “I want people to have an open mind about us,” she says. “They’ll see one historical work and one created on us, and we make both of them fresh and exciting. And my dancers are really good — well trained, energetic, athletic artists.  I think people are going to be impressed.”