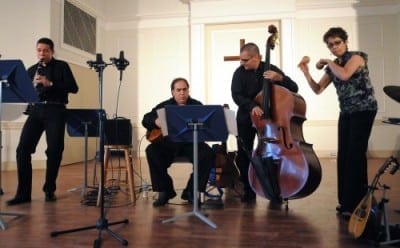 Alcides Rodríguez is from the grassy plains of Venezuela, a gaucho-and-cattle landscape with its own variation on the national dance called the joropo. But when planning his debut CD — “The Venezuelan Clarinet/El Clarinete Venezolano” — Rodríguez didn’t have any songs that tap the enriching sounds of home. So composer Aquiles Báez, a friend and close colleague, wrote one for him: “Veguero Nuevo” is in the “joropo ilanero” style of the plains, melodically jaunty and rhythmically hard-driving, music that sings of community and intense living.

The song was one of six composed by Báez performed Monday at Peachtree Presbyterian Church in Buckhead, the kickoff concert for Rodríguez’s album and the start of a tour that will stop in Austin on Wednesday (for a national clarinet convention) and Washington (at the Venezuelan Embassy) the day after. The whole show was a delight. 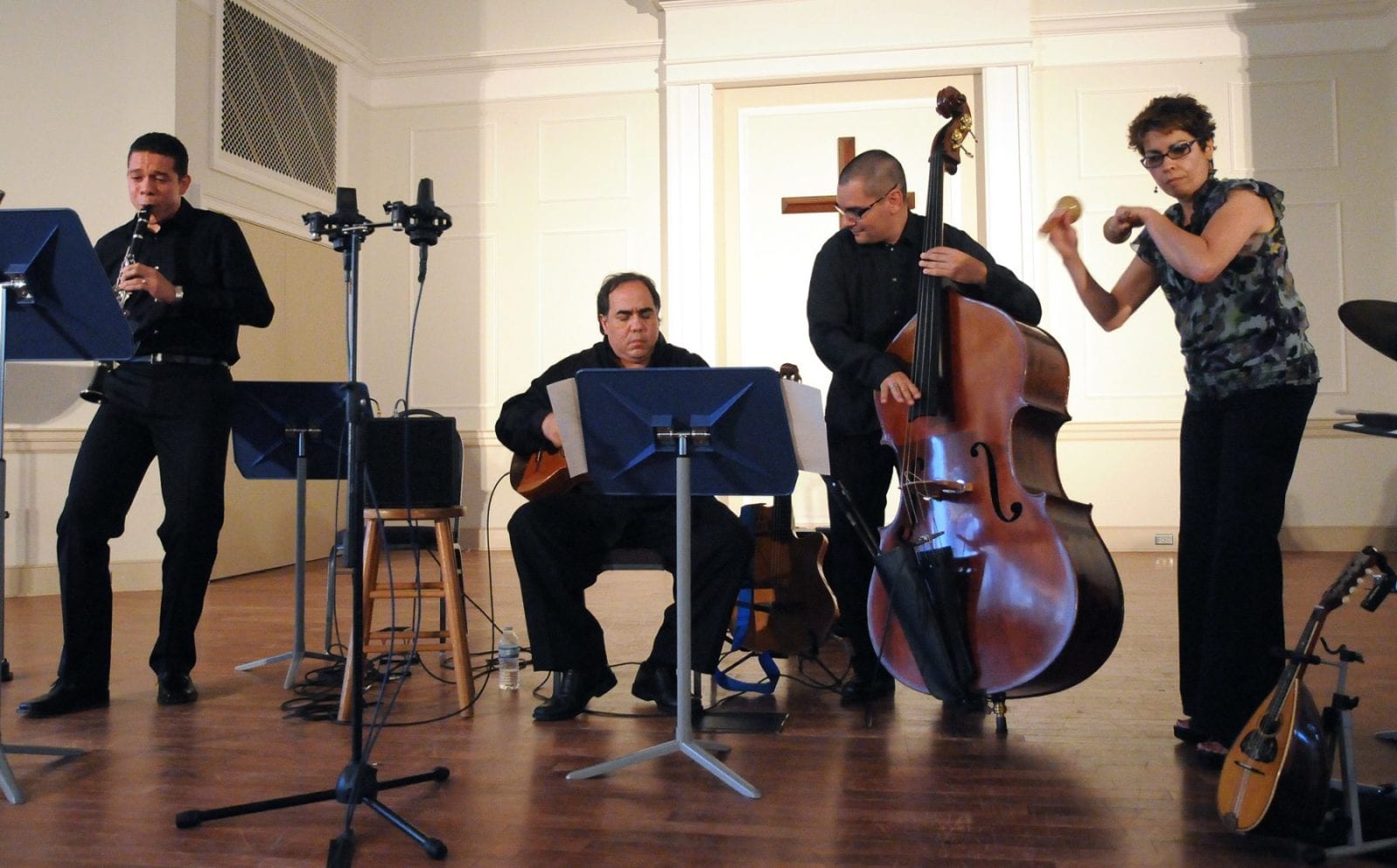 And it came as a surprise. A product of Venezuela’s renowned El Sistema educational program, Rodríguez joined the Atlanta Symphony Orchestra as bass clarinetist in 2005. Like most musicians in American symphony orchestras, Rodriguez isn’t versed in improvising, and on Monday he read all his music from the printed page. But he can swing and wail and cut the sultriest of expressions, whether it’s on the down-low bass clarinet for Ricardo Mendoza’s “Lagunillas“ or on the standard B-flat soprano clarinet for the fast and furious “Hibiee-Jibiees,” a piece of perpetual motion composed by Marco Granados that captures a sort of thrilling anxiety. (Photos by Nick Arroyo.)

The hour-long concert was a run-through of the new album, loaded with folk songs and recent compositions based on various Latin American styles — merengue, pasillo, bambuco — which are themselves based on African or Afro-Cuban dance rhythms. There’s also the strong spice of colonial Spanish music, with its Arabic, Jewish, Gypsy and continental European influences. Suffice it to say that the cross-cultural stew is aromatic and that music, in its vernacular state, is meant for dancing.

Rodríguez stood as front man playing the lead melodies, with an outstanding backing band filling out the harmonies and rhythms. Roberto Koch, who flew from Venezuela to Atlanta the day before the concert, played a soulful and exacting upright bass. Jackeline Rago, based in San Francisco, did her own little dance as she played maracas, shaking her hands up high to the groove of the music. Composer Báez was the dominant presence, playing guitar and the twangy, four-stringed cuatro, a folk instrument midway between a ukulele and a guitar.

In another of Báez’s songs, “Choro” — based on a traditional Brazilian dance style — he gave himself the opening licks on guitar, sharing the solos with Rodríguez’s bass clarinet. It’s a slow, past-midnight dance number — all in-the-moment emotions and anticipation, very sexy. Antonio Carrillo’s “Como llora una Estrella,” another slow number, with Rodríguez’s velvety clarinet and Rago fluttering on mandolin, felt like a balcony serenade for star-crossed lovers. A very humid, very fetching piece of music.

The Venezuelans were joined in a few songs by Rodríguez’s chums from the ASO, including the versatile Juan Ramirez (an ASO violinist and nationally recognized hot pepper expert) on second guitar, Mike Tiscione on trumpet and trombonist Bill Thomas. They were all together at the end, jamming splendidly, for what could be a mega-hit on the Latin pop charts: Báez’s “Buscando Caimán en Boca’e Caño,” in the “joropo oriental” style, with an ear-catching tune and unstoppable energy. Like everyone else in the audience, I could have listened to the stuff all night.