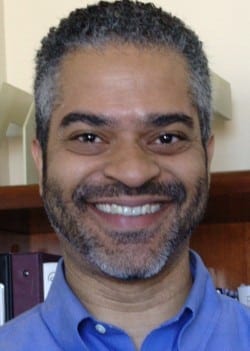 As if we’ve ever stopped: Anyone involved in the arts knows, after the art itself, finding ways to fund it is a constant preoccupation.

“Art’s not economically viable most of the time; if it is, it’s often not doing its job,” says Rodney Christopher, keynote speaker at the Metropolitan Atlanta Arts Fund on May 15. “It depends on outside support.”

No news there. But Christopher — vice president of advisory services for Nonprofit Finance Fund, and F. B. Heron Foundation’s first fellow in Social Investment Practice — wants to reframe the conversation between arts organizations and the philanthropists, business leaders and foundations that are engaged with them.

Christopher preaches the gospel of capitalization.

A definition: a well-capitalized organization has a sustainable business model that produces surpluses on a regular basis. It has access to the capital necessary to carry out its mission, pay its bills, withstand fluctuations in revenue and the economy and take advantage of opportunities when they arise.

“At the end of the day,” Christopher says, “flexible cash on your balance sheet is the way to a healthy organization.”

The Metropolitan Atlanta Arts Fund is on board. The luncheon, titled “Capitalize,” will be the occasion to announce a pilot program in which it will give $200,000 to a single organization.

Christopher would like to get funders to consider models other than project-based grants or those for brick-and-mortar improvements. These models have their value, of course. Buildings are a solid investment, something that will be around a long time. Projects are finite and have specific outcomes.

But all too often organizations have to gear requests to what will get them funds as opposed to what they really need. “Funders have to accept that nonprofits are enterprises, not a sum of programs,” he says.

It is not a one-way street. Arts groups have the responsibility to understand their capital needs, build a sound business plan (not the same as a strategic plan), manage their resources well and articulate what they need.

Perhaps the impetus was a 2011 survey of 40 top organizations the Arts Fund had supported over time. The survey revealed that 78 percent of these organizations had fewer than three months liquidity and 53 percent had a negative liquidity. Only four arts organizations in the metro area have budgets over $2 million. 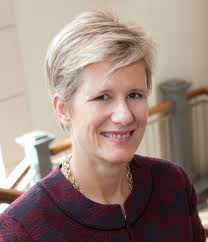 “That really opened our eyes,” says Lisa Cremin, founding director of the Metropolitan Atlanta Arts Fund. “We knew it was time to move to another level.”

The fund has been spreading the gospel quietly over the past three years, speaking to business leaders, funders, arts organizations and consultants.

“We want a balanced art economy,” Cremin says. “We need to make the case for the arts community we want.”

Today is the deadline to register for the luncheon. There are discounted ticket prices for artists and employees of nonprofit organizations. To  register, click here.

Pre-lunch seminars: New Research on Advocacy and the Arts and Connectivity and Community Engagement.