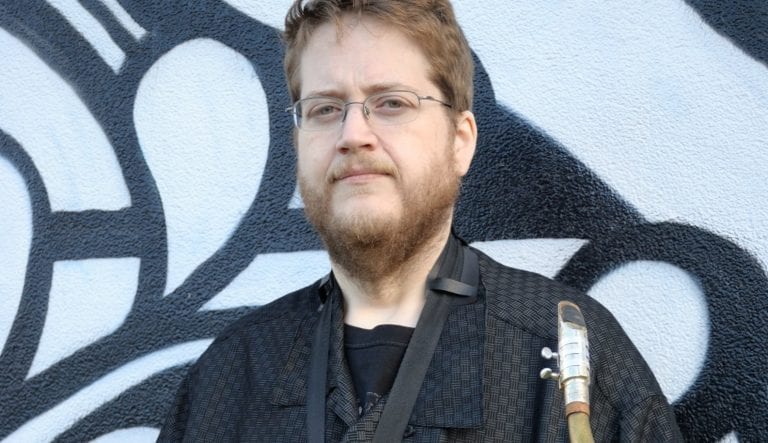 Behind the Scenes: BeHip Records’ Chris Alpiar liberates himself in order to follow his dreams

Giving a tour of 800 East — a quasicooperative music studio rental community nestled off Highland Avenue, a stone’s throw from the BeltLine — Chris Alpiar sounds like a man who is truly and completely happy. 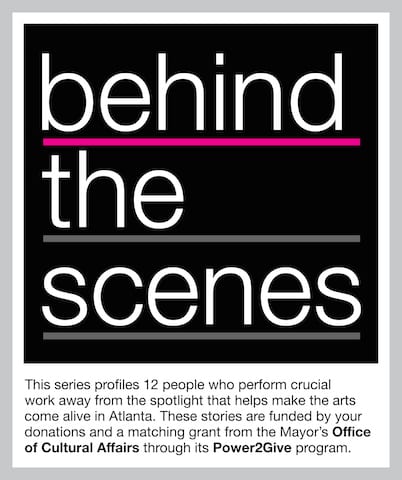 The saxophonist, composer and founder of BeHip Records excitedly walks through the large performance space where he records bands in a live setting, pointing out the various instruments, microphones and other appointments like a kid in a candy store. He notes the isolation rooms off to the side of the space, which are used to record one instrument at a time. When recording, the 45-year-old Alpiar doesn’t like to isolate each instrument to get a perfect studio sound, choosing instead to record jazz as it is played on the bandstand, but it’s nice to know the option is close by.

“What we do is what we get,” he says, explaining his BeHip motto of no editing, overdubs or other studio trickery. “Everything’s become so produced. To me, that’s not the essence of what jazz is about. Jazz is about the journey, and the inspiration, and truth, and honesty, and things that happen in real time.”

The second rule for BeHip Records, he adds, is that each musician has to create “art.” Alpiar takes no ownership over that definition, so even though BeHip focuses on jazz, musicians have laid down reggae and progressive rock music for the label in the past.

“All the music that we’re putting out — it’s got a little bit of edge to it; there’s nothing that’s perfect,” he continues. “That’s part of the goal.”

He finally ascends the stairs to his office, a modestly sized room full of recording ephemera, computers and a large mixing board. This is the home of BeHip Records, and it’s right where Alpiar wants to be.

At 800 East, he’s recorded many of the major players in Atlanta jazz. Trumpeter Joe Gransden recently finished up his first BeHip release, Uncharted, and the Stephen Wood Quartet, alto saxophonist Akeem Marable, and Eric Fontaine all have releases in the pipeline. Alpiar himself will be putting out two records in the next few months — one disc of self-composed ballads sung by Avery Sunshine and Joe Gransden, and one release by his free jazz ensemble, the Alpiar Experiment.

The saxophonist’s excitement for jazz and the currently digital-only BeHip Records is understandable. After a long career detour, he’s finally back to doing what he pursued at Berklee College of Music in Boston in the early 1990s — playing free jazz, writing tunes and recording music. 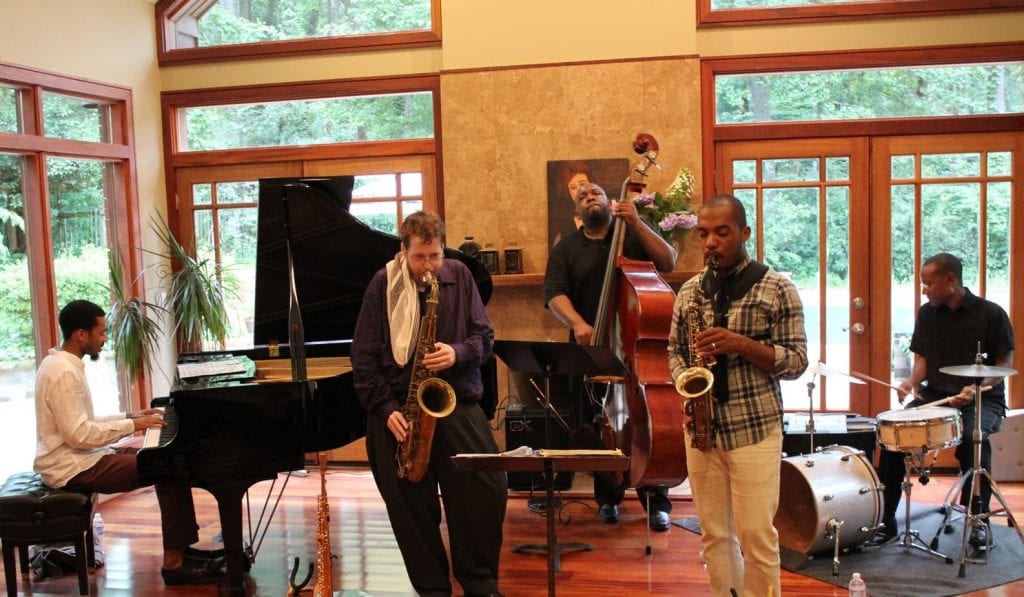 Alpiar’s journey to BeHip records has a few twists and turns. After studying at Berklee, primed to become the next big thing in jazz, the saxophonist played around in New York City for a few years but was growing tired. At his steady trio gig at the Squire, he performed with such top-notch musicians as Joe Lovano and Hiram Bullock; he wasn’t making any money, though. So he taught himself web programming, landed a web development job at a small firm. Two years later, he secured a job at InfoSpace.

In 1998, he moved out to Seattle to become a dot-com tycoon. Within a year, his stock options were worth $15 million. He paid off his student loans, bought instruments, audio gear, a new car, and he found 4.5 acres with a 4,500-square-foot house outside the city. Retirement visions danced in his head. 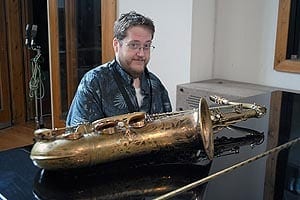 “It was an amazing trip, man,” he remembers. “Within a year, I was a multimillionaire in stock. Of course, I didn’t know anything about money; I didn’t understand about diversifying your portfolio.”

The bursting bubble hit Alpiar hard. When the stock market crashed, nearly all of his money was tied up in company stock. The millions evaporated over night, and he had to sell his house and downsize the dream.

“All I had left was my salary and a tiny, tiny bit of worthless stock options,” he says. “So yes, that loss made me want to end my life, and I chose to do it the slow and terrible way of eating yourself to death. I would sit at home playing computer games and eating two large pizzas myself, day after day.”

Alpiar, who says he always has had somewhat of a weight problem, weighed 650 pounds by 2003. That spring, his entire department at InfoSpace was handed pink slips. That didn’t necessarily mark the end of his career as a web developer; Alpiar was offered a six-figure job at Microsoft and told he could stay at InfoSpace and run its studio group, but Alpiar saw his ordeal as a sign to get back to music.

“I had a lot of job offers, and I realized during that time of being depressed and gaining a lot of weight, that it really wasn’t the bread that I was depressed about, but it was that I had stopped doing my mission on planet Earth,” he says. “I wasn’t playing music anymore.”

For the next three years, he ran a semisuccessful music studio in Los Angeles, getting steady work from the television and film industry. Alpiar’s weight gain remained, but he was finally on the right track with his career. Because of his weight, Alpiar chose to be a silent partner in his new business venture, leaving the money end to someone else, while he stayed in the studio and composed. This decision ultimately ended another chapter in his story as the business fell apart. 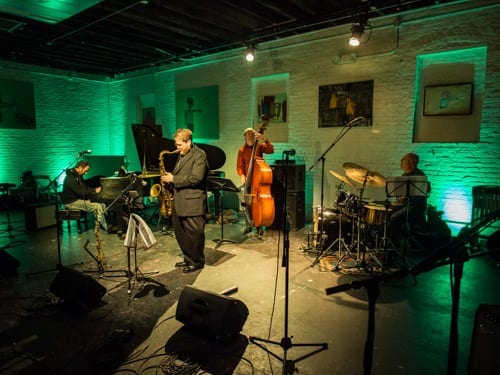 “I realized I needed to learn the business of music, where the revenue comes from, how royalties work, et cetera,” he says. Alpiar was off to Ohio, living with his girlfriend and recovering from the shock of his failed business. He stayed active with some Hollywood contacts, composing and playing for various projects as he pieced together local work.

In November 2009, Alpiar decided to take action about his weight and underwent gastric bypass surgery. Four months after this major surgery, he packed up with his fiancee and moved to Atlanta, where she was being relocated by her company. Fortuitously, he found his way to 800 East.

Last year, the doctor who completed Alpiar’s surgery, John Maquire, retired. In an email, Alpiar sent the doctor a photo timeline, showing his weight-loss progression, and sincerely thanked the doctor for getting him back on track.

“This is my main mission in life and always has been, but I was trapped in my own prison for so long,” Alpiar wrote. “For the first time, possibly ever, I am allowing myself to be truly happy.”