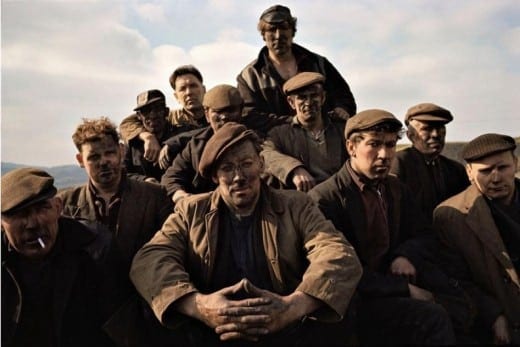 Bruce Davidson, one of the most influential photographers of the last half-century, has spent his life observing and capturing lives mostly on the margins. He approaches his subjects –whether subway commuters, circus dwarves or coal miners — with curiosity, directness and empathy.

Though best known for black-and-white photography, he has been shooting in color for more than 50 years, as his recently released book, In Color, attests. As he said in a short video released by his book’s publisher Steidl, “Black and white is my wife. Color is my children.”

You can see a sampling of the spectrum of Davidson’s oeuvre, from early black-and-white street photography to color editorial work, at Jackson Fine Art through August 1. The show is not encyclopedic, nor was it meant to be, but it does succeed in conveying his versatility and in showing his less familiar side.

The exhibit showcases his 1959 series, Brooklyn Gang, the work that first earned Davidson notice. Davidson was 25 when he decided to document the life of gang members in the Jokers. A social worker facilitated his introduction, and he immersed himself in their world, sometimes blurring his identity with theirs.

“In time, they allowed me to witness their fear, depression and anger. I soon realized that I, too, was feeling their pain; in staying close to them, I uncovered my own feelings of failure, frustration and rage,” he wrote.

His close relationships with his subjects have caused controversy, notably in 1970 after another series on inner-city ghetto life, East 100th Street was published. The rawness of the photos and the unswerving intimacy of his interiors shots shocked critics, but this work is now considered a classic work of social advocacy.

One section of the gallery is devoted, justifiably, to his 1965 series on the coal miners of South Wales. This work is stunning in its ability to translate the horrible living conditions of the miners — at work, at home, with family –- into something both awful and beautiful.

Davidson, who considers this body of work among his best, started it in black and white. “I shifted to color because it was the best way to show the contrast of blackened powder on the skin, the only way I could render the acid chartreuse gas coming out of the factories against the dull skies,” he explained.

This is particularly true for the unsettling Wales (group of miners), 1965, in which miners stare straight at you. Their faces and stern expressions are a chilling reflection of their hardships, and not soon forgotten.

Similarly, Davidson began a series on the New York subway in black and white but soon realized that using color could provide a deeper meaning.

“I found that the strobe light reflecting off the steel surfaces of the defaced subway cars created a deeper understanding of color. I had seen photographs of deep-sea fish thousands of fathoms below the ocean surface, glowing in total darkness once light had been applied,” he wrote in the preface of On Color.

The exhibition ably presents the range of his style and subject matter leaving the viewer wanting to see more. So it is with the artist, who has often said that his favorite picture is “the one that comes next.”