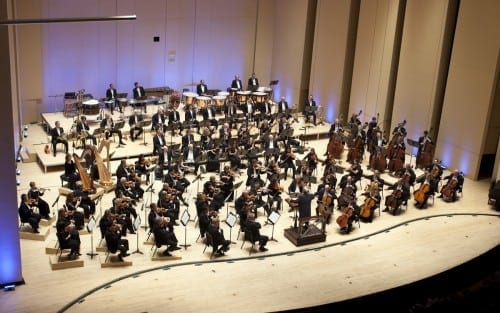 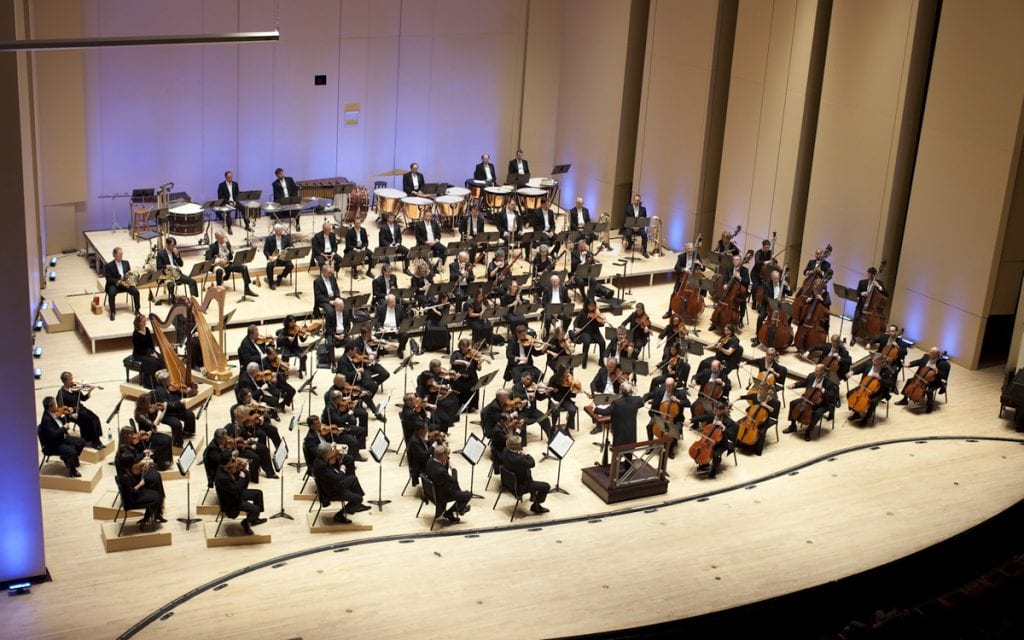 Throughout the Atlanta Symphony Orchestra’s increasingly bitter labor dispute, musicians have sparred with management over almost every aspect of their 2014 contract — from the terms of their pay and health care to the size of the orchestra and its future as a world-class ensemble. Now, as they attempt federal mediation, the two sides are disputing the very status of negotiations.

The federal mediation process requires that the two parties do not speak to the media. In the last 24 hours, however, they have both offered a very public glimpse into their slow progress in separate letters to ASO’s board of directors.

Wednesday evening in a letter to the ASO board, the musicians — who have been locked out of symphony facilities almost six weeks without pay — accused management of stalling the mediation process after only two days of meetings last week. Representatives of the orchestra’s parent organization, the Woodruff Arts Center (WAC), they claimed, had paused negotiations to consult its governing board for further guidance and instruction.

The musicians called WAC’s actions “disappointing.” After clearing their schedules, and even turning down offers of work in the hope of resolving the dispute, the musicians said they continued to wait for WAC to “stop wasting precious time.”

“The insensitivity to the musicians and our families, who have been deprived of paychecks, healthcare benefits, and the ability to collect unemployment benefits for six weeks now . . . is daily more deplorable,” the musicians wrote to the ASO board members in a letter that was widely circulated last night on social media.

On Thursday afternoon, Tom Kilpatrick, lead negotiator for WAC, disputed the musicians’ version of events in his own letter to the board. “Last night, you may have received a communication from the musicians regarding the status of the mediation process claiming that management is attempting to stall the mediation talks,” he wrote. “Nothing could be further from the truth.”

Kilpatrick disputed the musicians’ claims that he and WAC president and CEO Virginia Hepner had “paused” negotiations. After two days of extensive discussions, he wrote, management had simply followed a federal mediator’s suggestion to adjourn to change their original proposals.

“In the words of the mediators, it was time to put some of the shared ideas ‘on paper,’” Kilpatrick wrote. “This was precisely what [the musicians] had asked us to do — make new proposals to show our good faith.”

Kilpatrick also dismissed the musicians’ claim that after waiting a week for management to return to the table, mediator Allison Beck — acting director of the Federal Mediation and Conciliation Service — informed them there would be no further meetings this week. Kilpatrick said he offered on Monday to meet again on October 15 in a telephone call with Beck’s associate, federal mediator Richard Giacolone. Kilpatrick said that Giacolone notified him on Tuesday that the union was not available for a meeting this week.

Kilpatrick said the musicians’ complaint to the board was distributed after mediation sessions had already been scheduled for October 21 to 23. On Wednesday, he said, Giacolone confirmed that meetings would be held next week at the Terrace Garden Inn in Buckhead.

The relationship between management and musicians has become gradually more acrimonious since September 7, when ASO management locked out the musicians for the second time in two years after failing to agree on a new collective bargaining agreement. Before the parties entered federal mediation, there was a $2.4 million gulf between management and musician proposals. The two sides had not had a postlockout negotiating session until federal mediation began last week.

The two sides are locked in a deep impasse about the kind of orchestra they want to emerge from a new contract. While management argues that the company’s annual $2 million budget deficit is unsustainable and requires the musicians to be more “flexible,” the musicians counter that they accepted severe pay cuts in 2012 only for the company to break its promise to steer the company to greater financial stability.

A major obstacle to an agreement is management’s refusal to commit to a certain size of the orchestra. Under its proposal, the ASO’s president and CEO would have final say on whether to fill vacancies in the ensemble. That would change decades of U.S. orchestral precedent — the nation’s leading companies specify the number of musicians in the orchestras through their collective bargaining agreements. 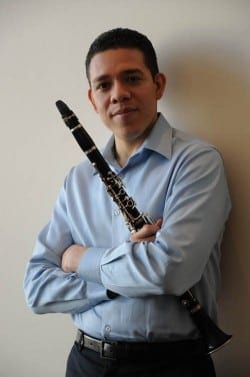 ASO clarinetist Alcides Rodriguez has taken a position with the New York Philarmonic.

In their letter, the musicians appealed to ASO board members to “make clear to the Woodruff Arts Center leadership that the destructive tactics typified by the lockout and takedown of the Atlanta Symphony Orchestra, if allowed to persist, will have serious and far-reaching consequences for the ASO, the Woodruff Arts Center and our entire community.”

Already, concerts for the 70th anniversary season have been canceled through November 8.

Four musicians have left the ASO. The latest, Alcides Rodriguez — a 38-year-old clarinet player from Venezuela who joined the orchestra in 2005 — has accepted a one-year position with the New York Philharmonic. Rodriguez, who traveled to New York City to fill in as a temporary player after he was locked out in September, was offered a position within two weeks of his arrival.

“I have mixed feelings,” Rodriguez said from New York. “I feel really bad leaving my colleagues in that situation. But at the same time I don’t have a contract and I think that anyone who was offered a more stable opportunity would take it.”

Rodriguez is not the first ASO musician to join the New York Philharmonic this year amid all the contract uncertainty. Even before the lockout, two ASO players, Colin Williams and Richard Deane, took on full-time positions for the Philharmonic. Another ASO player, Jennifer Humpreys, left for the Dallas Symphony Orchestra.

“The damage already wrought by the WAC — the very institution entrusted with the stewardship of Atlanta’s cultural pride — will take years to reverse,” the musicians warned the ASO board.  “But it can be reversed, and must be.”

Kilpatrick, in turn, assured the board, “We look forward to meeting next week and are prepared to continue to bargain in good faith.”