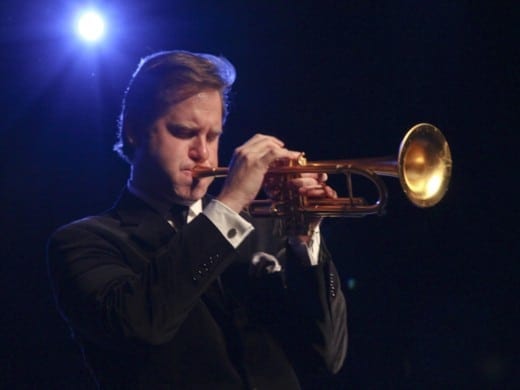 The final Tuesday jazz jam at Twain's is scheduled for August 12.

The long-standing jam session held Tuesday nights at Twain’s Brewpub & Billiards will end in mid-August, a casualty of a renovation that will bring more seating to the Decatur bar and restaurant.

Trumpeter Joe Gransden — who this month debuted a new album, Songs of Sinatra & Friends, at Eddie’s Attic and at the famed Blue Note in New York City — has run the jam session for the past six years. The Tuesday night jam at Twain’s has become a fixture of the local jazz scene, attracting a wide range of elite musicians and fans from the metro area. According to Twain’s co-owner Uri Wurtzel, the last session will take place August 12.

Wurtzel said it was a hard decision. “The music and the vibe, and the wide range of folks coming from all around the city to get together on Tuesday nights here has been a really special thing,” he said Thursday morning. “We just didn’t feel like we could sustain it anymore.”

Gransden said he plans to move the session to another location in the area, but the details of the new session aren’t completely nailed down. The trumpeter said he should have an announcement at Tuesday’s event. “I am going to move the jam session. I don’t know if I’m going to take a month off before I do that, or two months off, or a couple weeks off . . . but I am going to keep it on Tuesday nights,” he said Thursday. “The pressure to keep it going has been so vast.”

The jam session at Twain’s are one of the anchors of the Atlanta jazz scene, he said, because musicians of all talent levels come together to explore each other’s music. Even professional musicians in town for unrelated gigs occasionally stopped by. Gransden recalled artists such as guitarist Russell Malone and the late pianist Mulgrew Miller stopping by the restaurant to sit in.

Gransden said the session has had a huge impact on Atlanta’s jazz community. “A lot of players, a lot of gigs, a lot of bands have come together from that session,” he said. “Musicians have met other musicians and hooked up and connected via Twain’s. Sometimes, you’ll have a singer come in and she’s looking for a piano player for a gig, and she’ll meet somebody at Twain’s. The networking thing at Twain’s has been absolutely huge.”

Chris Alpiar of BeHip Records agreed that Gransden’s jam has a major impact on the city’s jazz scene. “I am very heavy of heart to see Twain’s change its programming away from live music,” he said. “If anything, Atlanta needs more live music venues not less, and Joe Gransden’s Tuesday night jam session has been a mainstay for the jazz community here.”

Alpiar attributed the success of the gatherings to Gransden’s “incredible musicianship coupled with his extraordinary ability to create a great atmosphere where all types of musicians and vocalists have felt welcome.”

Local guitarist Jacob Deaton, who appeared on national television last night in a supporting role on America’s Got Talent, said the session was notable precisely because young musicians could interact with the elder statesmen of the Atlanta scene. “While there are other wonderful sessions in town, Twain’s is the most notable one,” said Deaton. “I truly hope another will be started soon to take it’s place.”

The owners at Twain’s started casually talking months ago about removing the stage to allow for more seating capacity. Music had become a one-night-a-week occurrence at the venue, and Wurtzel said some of his Tuesday night customers weren’t pleased with the extra noise. He noted that complaints didn’t overwhelm the management, but “there’s always going to be people who are coming to dinner or coming to chat with friends who would rather not listen to music, and some people do end up leaving once the music starts. There are certainly people who are coming in for the music as well.”

The disassembly of the Twain’s stage means that the restaurant will no longer host live music. Wurtzel left open the possibility for special concerts on the patio, but said the original idea that Twain’s would program music throughout the week on the stage simply never materialized, and that the space needs to be used for other purposes.

Wurtzel said he enjoyed having the jam session at Twain’s and saw the impact it had on the jazz community, and he hopes the session continues in a different location.

“We had a great run with Joe, and he definitely helped grow that over the six years that it happened, but the business has moved away from the viability of just the music,” Wurtzel said. “We’re parting on very good terms.”

Gransden said he’ll officially break the disappointing news to the musicians and the audience on Tuesday, but will also let them know any new developments in the search for an alternative jam session location.

“I’m sad to see it end, but I completely understand their decision-making process,” he said. “I like those guys a lot, they’re friends of mine. There’s no hard feelings.”