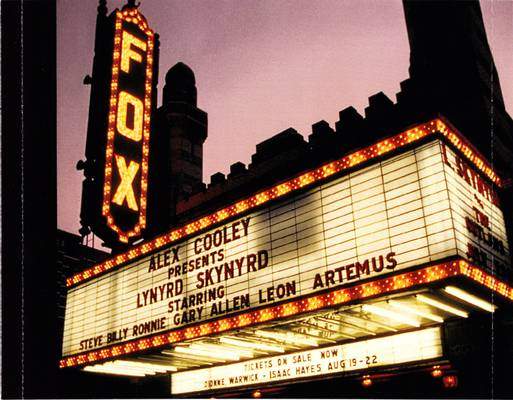 Cooley helped bring Lynyrd Skynyrd to prominence and led the fight to save the Fox Theatre.

Alex Cooley, the rock promotor whose legacy began with the Atlanta International Pop Festival in 1969 and includes the founding of Music Midtown, died Tuesday at the age of 74.

Cooley was among the most prominent and powerful rock promotors from the ’70s, on par with San Francisco’s Bill Graham and Boston’s Don Law.

The list of musicians Cooley helped discover and promoted is almost endless. He was instrumental in the early careers of the Allman Brothers Band, Lynyrd Skynyrd (that’s Cooley who introduces them on their famed live album recorded at the Fox Theatre in 1976), Bruce Springsteen, the Atlanta Rhythm Section, Kiss and many others. He owned and/or booked many of Atlanta’s signature music venues: Alex Cooley’s Electric Ballroom, the Great Southeast Music Hall, the Roxy and the Cotton Club. After his retirement from the music business, he came back to become part-owner of the venerable Eddie’s Attic and helped in booking the club.

One of Cooley’s lasting legacies is the Fox Theatre. He led efforts to save the theater in the ’70s and it’s safe to say that without Cooley, the city’s grandest theater would today be a BellSouth parking lot.

Check back for a full appreciation of Cooley later this week on ArtsATL.