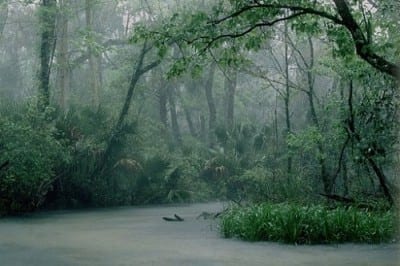 The Serenbe Photography Center, which will launch with an open house on March 13, is more good news for metro Atlanta. The nonprofit facility has a lab like no other in the Southeast, outside of academia, for traditional color and black-and-white printing as well as digital processing. It will also offer workshops and other programs. "Juniper Prairie" by Peter Essick. The National Geographic photographer will conduct a workshop for the center.

The core of the lab, which is open to any photographer for a monthly fee, is equipment that originally belonged to the Photographers Print Studio. That Decatur photo lab was founded in 2005 by a group of photographers who pooled resources to buy equipment after all the local commercial labs had closed. Longtime Atlanta artist Kathryn Kolb, one of the studio founders, is the new center’s director.

The center is an arm of the Serenbe Insitute, a nonprofit organization devoted to arts, culture and the environment, which is funded by the South Fulton County community’s property transfer fees. It provided the start-up costs and is underwriting the center’s $190,000 budget in the short term. The plan is that the center will become self-sustaining, generating income through monthly studio fees and tuition for its workshops and other programs. Frank Hunter will teach a course on platinum and palladium printing.

The workshop roster encompasses classes on specific technical subjects and photographic field trips. As part of the center’s “Eye on the World” series, some will be conducted with the Georgia Conservancy, with the possibility that the conservancy will use photos taken during the trips in its advocacy literature.

The 5-8 p.m. reception on March 13 will include tours, an exhibition of instructors’ work and more.