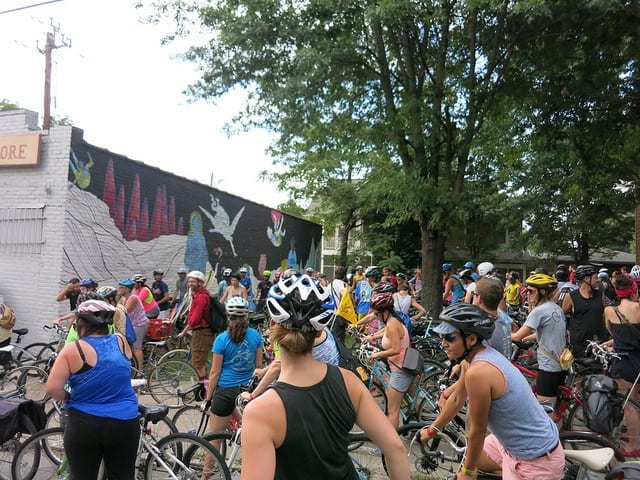 Breaking News: Living Walls returns in 2016 with programming, a new grant and more

Living Walls, the organization that completed 115 murals throughout its five conferences between 2009 and 2014, has announced that it is returning for 2016 programming after a year-long sabbatical. “We are focusing on our business plan, our organizational structure, and more intentional programming and projects,” the organization says in their newsletter.

Monica Campana will be staying on as executive director of the organization after spending a year working with Philadelphia Mural Arts Program as the project manager for the organization’s largest public art exhibition to date, a $1 million public art project called Open Source. While working with the Mural Arts Program, Campana worked directly with their executive director Jane Golden and curator Pedro Alonzo.

The Living Walls organization has also announced the Laura Patricia Calle Grant, which will launch on June 1st. The $5,000 grant will be used to create a public art project that “promotes and educates on the subject(s) of feminism, LGBTQ rights, immigrants rights and culture and diversity. The award will honor the organization’s former programming director Laura Patricia Calle, who passed away in November of last year.

In addition to the grant and programming announcements, Living Walls has also announced a rebrand, which they will work on with designer Tim Lampe.