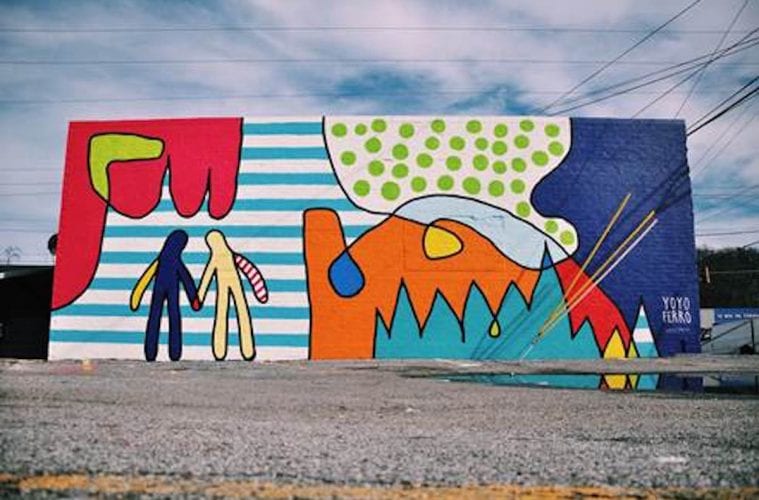 ELEVATE, the downtown arts festival now in its sixth year, announced ELEVATE: Microcosm will take place from Thursday, October 13, through Friday, October 21. The announcement was made tonight during their first-ever summer program, ELEVATE: Summer.

The sixth iteration of the annual arts festival, which is presented by the Atlanta Office of Cultural Affairs, has assembled a team of curators — Allie Bashuk, Mónica Campana, Pastiche Lumumba and Mark DiNatale– to help bring public art to Broad Street Southwest. “Allie, Mark, Pastiche and I bring very different perspectives and curatorial approaches to Microcosm,” says Campana. “I hope that Microcosm helps highlight Atlanta’s diverse identities and rich histories but mostly pushes us as artists and curators to be more responsible with our curatorial and art practice.”

“We quickly realized it takes a hive-minded mentality to really gather balanced perspectives to accomplish a theme that truly represents the complexity of the microcosm that is Atlanta,” added Bashuk.

Participating artists in this year’s ELEVATE: Microcosm will include work by Yoyo Ferro, Danielle Deadwyler, Pedro Alonzo and Josephine Figueroa. The full list of artists, locations, and a schedule will be revealed shortly.